Police have invited the parties involved in the alleged abuse of a 10-year-old pupil of Chrisland Schools in Lagos State. The Public Relations Officer of the Lagos State Police Command, Benjamin Hundeyin, confirmed to Channels Television on Tuesday that all parties involved had been contacted. Hundeyin, however, could not immediately ascertain if the invited persons…”
Olamide
News Others 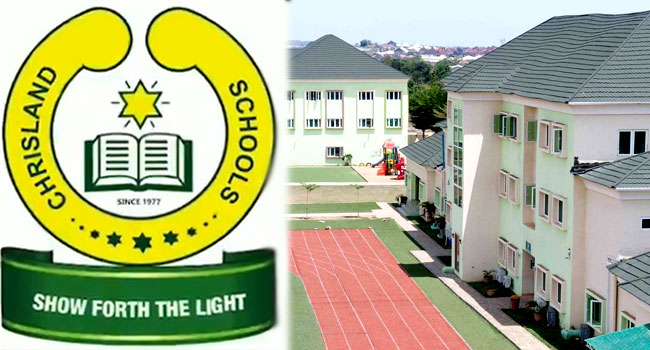 Police have invited the parties involved in the alleged abuse of a 10-year-old pupil of Chrisland Schools in Lagos State.

The Public Relations Officer of the Lagos State Police Command, Benjamin Hundeyin, confirmed to Channels Television on Tuesday that all parties involved had been contacted.

Hundeyin, however, could not immediately ascertain if the invited persons had reported to the State Criminal Investigation Department, Panti, at the time of this report.
Read Also BREAKING: Ex-Sports Minister, Dalung, Dumps APC
Those expected at the police headquarters were officials of the school, the parents of the girl said to have been abused, the pupil, among others.

Amid the controversy trailing the alleged abuse of the minor, police authorities in Lagos had vowed to ensure that justice was served in the matter.

Hundeyin, a Superintendent of Police, explained in a statement on Monday that the police have commenced an investigation following the emergence of a video that went viral on social media.

According to him, the police will probe the allegation of threat to the life of the pupil and circumstances surrounding the alleged repeated pregnancy tests conducted on her without parental consent, among others.

The command spokesman added that the police would not ignore the cybercrime aspect of the incident and might enlist the support of the INTERPOL, should the need arise.

Recall that OSUN DEFENDER had earlier reported that the state government had ordered that all Chrisland Schools within Lagos be shut down, pending further investigations.

The government said the allegations were also being investigated by the relevant Ministries, Departments, and Agencies, including the Ministry of Education, Office of Education Quality Assurance, Ministry of Youth and Social Development, Ministry of Justice, and the Lagos State Domestic and Sexual Violence Agency.

It reassured residents of its commitment to safety and child protection and warned against the visual depiction of sexually explicit conduct involving a child.

According to the government, anyone caught producing, distributing, receiving, or possessing an image of child pornography risks a custodial sentence of 14 years.
Read Also 2023: Ameachi Visits Ooni, Receives Royale Blessings
The mother of the pupil had, in a viral video, claimed that her daughter was drugged and raped by some male students of the school while they were on a trip to Dubai, United Arab Emirates (UAE).

She claimed that Chrisland sought to cover up the matter and suspended her daughter once the school found out she was aware of the gravity of the alleged abuse.

But the school, in a later statement signed by a member of its advisory board, Akin Fadeyi, insisted that no rape occurred and faulted the allegation of conducting a pregnancy test.

“We are proud to reassure our stakeholders that no rape of anyone or the administration of a pregnancy test on any child took place on our watch.

“For emphasis, only a COVID post-travel test was conducted on the returning delegation of our students, in compliance with COVID-19 travel protocols, at the Life Centre Medical Services on March 21, 2022, at School Hall, Opebi,” the statement said.

Amidst Doubts From The US, South Sudan Reiterates Commitment To Peace