More Alive Than Ever – Neymar

The Brazilian Player Neymar wasted no time in making an impact on the field for Paris Saint-Germain, scoring on his debut in a 3-0 win at Guingamp on Sunday and declaring himself to be “feeling more alive than ever”. The Brazilian world record signing was handed a start by coach Unai Emery for the game…”
Yusuf
Sports 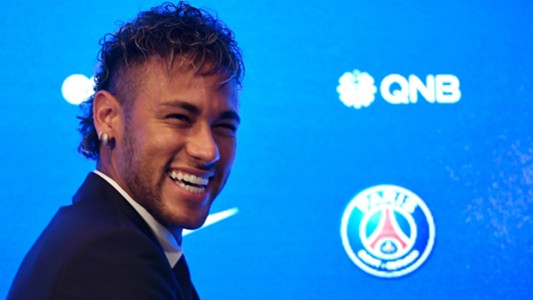 The Brazilian Player Neymar wasted no time in making an impact on the field for Paris Saint-Germain, scoring on his debut in a 3-0 win at Guingamp on Sunday and declaring himself to be “feeling more alive than ever”.

The Brazilian world record signing was handed a start by coach Unai Emery for the game in Brittany, two days after international clearance came through for his 222 million-euro switch from Barcelona.

The 25-year-old, at home in PSG’s all yellow change kit, played a part in the own goal scored by Jordan Ikoko that gave the away side the lead early in the second half.

He then set up the second goal for Edinson Cavani with a superb pass in behind the Guingamp defence before completing a comfortable victory with his team’s third goal eight minutes from the end as PSG made it two wins from two to start the French season.

“People think that leaving Barca is to die, but no, it’s the opposite,” Neymar told reporters.

Despite the many distractions of the last couple of weeks, including trips to China, Portugal and the French Riviera and glitzy presentations to the media and PSG fans, Neymar lasted the full 90 minutes.

He had taken the place of Javier Pastore in the Paris side in the only change from last week’s 2-0 win over Amiens, completing a 350 million-euro front three with fellow South Americans Cavani and Angel Di Maria.

Neymar was one of four Brazilians in the PSG line-up, not including Brazil-born Italy midfielder Thiago Motta, for the game played before a sell-out crowd at the 18 000-capacity Stade du Roudourou.

Guingamp, a sleepy little town 500 kilometres west of Paris with a population of barely 7 000, may have been a slightly incongruous setting for such an occasion but the match was broadcast live in more than 180 countries according to his new club.

That was a sign of the interest generated worldwide by Neymar’s transfer, which Qatar-owned PSG hope will help them conquer Europe after so far coming up short in the Champions League in recent seasons.

Emery’s side is also desperate to regain the French crown after losing out to Monaco last season.

“I’m very happy. The main thing was to win. The team played well and I played well,” Neymar, speaking in Spanish, told Canal Plus, after the match.

“We are trying to improve all the time and we’ll get to know each other better yet, but it is easy to play with players of such quality.

“It is always very important to score, not just in the first game. I am very calm. This is a very big challenge for me as a person, but we have a great team and the season has just started.”

Neymar, playing mainly as an inside left, threatened sporadically in the opening stages before his cross in the 35th minute found compatriot Marquinhos, who headed against the woodwork.

He then watched as a Cavani free-kick was tipped over by Karl-Johan Johnsson as the first half ended goalless.

But PSG needed just seven minutes of the second half to get the breakthrough with Neymar involved in the build-up as Ikoko – a former PSG player – tried to play the ball back to Johnsson and succeeded only in passing it into his own net.

Neymar then released Cavani with a delightful pass as the Uruguayan slotted home the second goal just after the hour mark.

All that was missing was a goal of his own and that arrived eight minutes from the end as Neymar finished from close range following a Cavani cut back.

PSG are second in the fledgeling table, behind Lyon on goal difference. They are one of five teams to have maximum points after two games.

Messi Rates Ozil Ahead Of Coutinho

Commonwealth Games: Protesting Wrestlers To be Paid By Ministry

Ace Juventus Defender, Barzagli To Retire At End Of Season