The African Development Bank (AfDB) is to make agriculture a profitable business as well as create 10,000 young agricultural entrepreneurs per country in the next 10 years. Dr. Akinwumi Adesina, President of the continental bank, gave the assurance at the 2017 World Food Day celebration. The celebration with the theme: “change the future of migration;…”
Yusuf
Agriculture 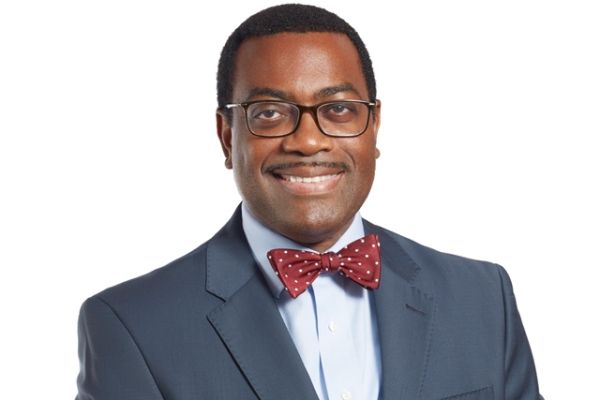 The African Development Bank (AfDB) is to make agriculture a profitable business as well as create 10,000 young agricultural entrepreneurs per country in the next 10 years.

The celebration with the theme: “change the future of migration; Invest in food security and rural development’ held in Des Moines, Iowa, United States, on Monday.

The World Food Day is celebrated yearly on October 16, to promote worldwide awareness for those who suffer from hunger and need to ensure food security and nutritious diets.

He added that the sector can potentially create wealth and employment for African youth, thereby stemming migration.

“In 2016, the bank provided $700 dollars to support this programme in eight countries and we’ve got requests now from 33 countries.

” We must get youths into agriculture and see it as a profitable business venture not a sign of lacking ambition.

“Many African youths are passionate about staying back on the continent to create wealth and employment if given the tools and opportunities to put their skills to use,” Adesina said.

According to him, under the Empowering Novel Agri-Business-Led Employment (ENABLE) Youth programme, AfDB is working with the International Institute for Tropical Agriculture (IITA) to develop a new generation of young commercial farmers and agribusiness entrepreneurs.

Adesina said that the bank considered investment in agriculture as the key to making Africa youths prosperous, thereby stemming the tide of migration.

He said that the goal and theme of 2017 World Food Day, were well aligned with two of the AfDB’s High 5 development priorities.

According to him, the High 5 priorities are Feed Africa and Improve the quality of life for the people of Africa.

“With more than 70 per cent of Africans depend on agriculture for their livelihoods, it is imperative for the sector’s full potential to be unlocked.

” And by so doing help to vastly improve the lives of Africans.

“One of the goals of Feed Africa is to eliminate hunger and malnutrition by 2025.

” Due to the finite nature of mineral resources such as gold, diamonds, crude oil, among others, African countries must diversify their economies.

” This cannot be done without a significant emphasis on agriculture given that the great majority of Africans depend on it for their livelihoods,” he said.

“Given that African smallholder farmers are on average about 60 years old, Africa’s food security depends on attracting young people into agriculture and agribusiness and empowering them.

“Governments can support these shifts through the right enabling environments via policy reforms for increased private investment in agriculture and agribusiness,” Adesina said.