The Chairman of the Peoples Democratic Party, PDP in the State of Osun, Hon Soji Adagunodo has felicitated the former Governor of the state, Prince Olagunsoye Oyinlola on his 70th birthday. In a congratulatory message, Adagunodo described Oyinlola as a collosus who has enjoyed the unflinching grace of God in the last seven decades….”
Yusuf
featured Politics 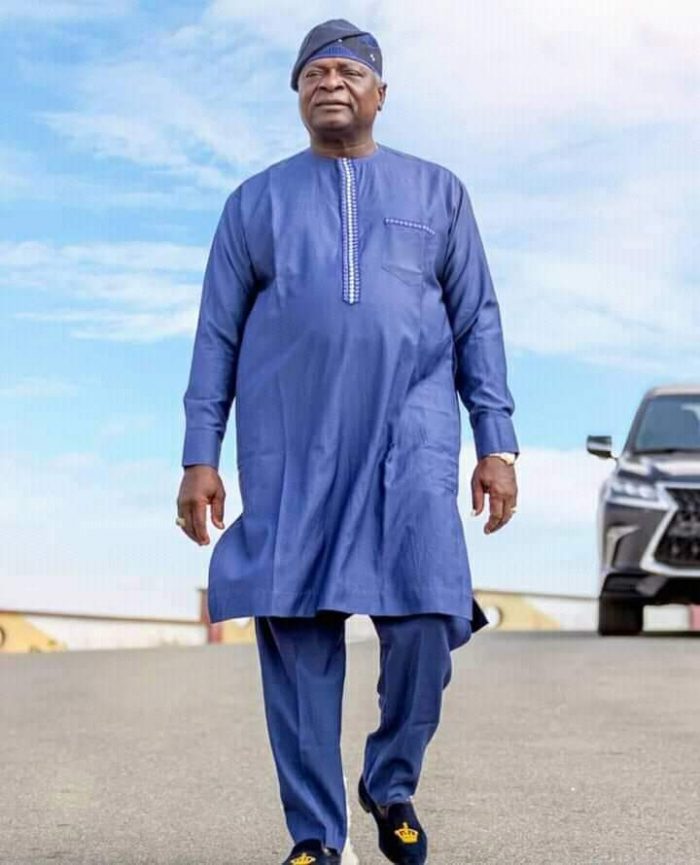 The Chairman of the Peoples Democratic Party, PDP in the State of Osun, Hon Soji Adagunodo has felicitated the former Governor of the state, Prince Olagunsoye Oyinlola on his 70th birthday.

In a congratulatory message, Adagunodo described Oyinlola as a collosus who has enjoyed the unflinching grace of God in the last seven decades.

The PDP Chairman extolled Oyinlola’s virtues as an innovator, selfless human, politician, democrat and disciplinarian whose imprints will forever linger in the sands of time.

I write to appreciate God Almighty who brought you this far despite losing your parents at a tender age, God took you through the rigours of palace life and rivalry associated with royalty to the highest level of human attainments, professionally, as a successful military officer, as a certificated legal luminary and to the rulership status as a democratic head of your own people when you were miraculously crowned as governor of Osun State under the Platform of our great Party, the Peoples Democratic Party, (PDP).

You enjoyed the unparalleled favour of your creator, growing amongst what one can satirically referred to as thorny paths to greatness at every point of life, a feat that those who have parental care found difficult to achieve were effortlessly achieved by you with royal candor.

Your leadership qualities, your intolerance for corruption, vigour for accountability, probity and sincerity in governance and position of authority which was imbibed in everyone that was a participant in your government is worthy of emulation.

Your footprints, your conscious and deliberate human developmental targets through education, return of human dignity to the rudely laid off civil servants, resuscitation of civil service reforms and Return of promotion and retraining of civil servants, revamping of age long encouragement of school age children through your pet project tagged “HOME GROWN FEEDINGS” to mention a few have all become national programs that are being used by all tiers of government across the length and breadth of our dear country. This also confirmed that you remain an innovator, even till today.

For the first time in the history of Nigerian democracy, your administration began what is today known as “constituency projects” among all state legislators which later became a veritable tool through which elected legislators at both state and federal levels get their recognition as politicians and become relevant among their people in Nigeria of today.

Your political innovation into governance and royal vision with careful handling of public funds take after that of the late Sage, Chief Obafemi Awolowo, who believed in probity by ensuring that the wages of labourers deserved to be paid as at when due and it remains unprecedented.

Those who took over the mantle of leadership of our dear state from you were poles apart from your dream and from the vision of the founding fathers of our dear state, a vision that you were implementing with delegence and sincerity of purpose and utmost accountability and this has been a Democratic blessing to our Party PDP in Osun State.

Unfortunately your legacy of taking our state to higher pedesta lis still being pursue by those who took over from you because good governance is difficult to achieve but thank God your legacy remains the only lofty achievements that PDP as a political party can lay claim to as the available achievements of our dear party in Osun state today.

We are proud to be identified with you, we are also happy to be associated with you, especially, we are delighted to be called your people.

Your age of 70 will be the beginning of a new millennium and your unbounded royalty and wealth of experience will remain the source of wisdom from which your loved ones, your ardent followers, well wishers and the larger Nigerian society will continue to draw inspirations from for as long as God preserves you for our generation.

We cannot forget the analytical use of ancient proverbs and proverbial stories to drive home your points in any discussion.

Happy birthday to the powerfully endowed Prince of Okuku Kingdom, from the fertile state called the Living Spring where wisdom of the leadership of Oduduwa descendants spring from.

Okupe Dumps PDP For Accord Party