President Muhammadu Buhari gave his Independence Day Speech yesterday, the occasion of the 57th year since our country wrestled freedom from British colonialists in 1960. He looked stronger and healthier, even if frail still. We are happy that the resources and prayers of we the people contributed in no small measure to getting our president…”
Editor
Op-Ed 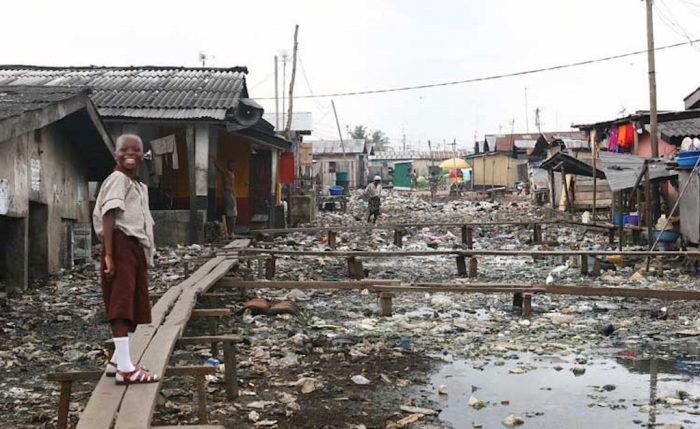 President Muhammadu Buhari gave his Independence Day Speech yesterday, the occasion of the 57th year since our country wrestled freedom from British colonialists in 1960. He looked stronger and healthier, even if frail still. We are happy that the resources and prayers of we the people contributed in no small measure to getting our president back on his feet. We also praise God Almighty for His multiple mercies and loving kindness.

However, I write here today, not about Buhari’s health but of the country’s wellbeing in the past 57 years of Independence and to ask the question: What are we celebrating as a country? Buhari gave us some answers in what I distilled as three key parts of his Independence speech which we shall proceed pronto to examine.

There were only three references in his speech to some parts of the past 57 years. The first was a terse bellyache: “the country has gone through trials and tribulations.” The second is his persistent wail that he inherited a country whose revenues from 2.1 million barrels a day at a average oil price of $100 per barrel from 1999 was squandered with social and physical infrastructure neglected.

So he says for the umpteenth time and after two years as president that: “We were left with no savings and huge infrastructure deficit.” The third is yet another usual recourse to his civil war experience, an emotional blackmail as is the wont of our ex-military generals, to deter groups seeking to secede from the country. There was no word on achievements, if any, over the past 57 years to celebrate.

This part took no less than 90 percent of the president’s speech. It was a litany of supposed achievements by his party and government to restore security, re-diversify the economy and fight corruption.

Boko Haram’s terrorism has been reduced, he said, to “cowardly attacks on soft and vulnerable targets.” But not immediately wiped out as the party promised during the presidential campaigns, even with controlled reports on attacks and carnage. He adds that his government supports security agencies to deal with kidnapping, robberies, as well as herdsmen/farmers violence. Despite bloody attacks and killings over the years, not one herdsman or is it farmer is being tried for murder.

It is interesting that in crowing over his government’s fight against corruption, he listed the processes and reforms undertaken in the war but no mention of convictions and nothing about total value of the stolen loot recovered so far. Perhaps those hard facts and core statistics of the fight need to be shrouded in opaque mists.

But in rolling out his administration’s economic scorecard, the president waxed in figures and specifics. His agricultural Anchor Borrowers Programme released N43.92 billion through the central bank to 17 participating institutions, 223,000 hectares of farmland cultivated and it has 200,000 small farm holders in 29 states. Also the price of a 50 kilogramme bag has dropped to N5,500 from N13,000.

A minimum of 10,000 jobs has been created. Inflation has dropped. Electric power has surged to 7000 megawatts. Foreign exchange is down from N525 to N360 per dollar. The government has supported states with N1.641 trillion to pay salaries, among others. But I do recall the government’s wrong headed forex control policy that caused rates to balloon and the buckets of dollars now being thrown at the forex market to keep rates down. I also recall ballooning national debts.

As for the 10,000 jobs reportedly created, if even true, we must admit that we haven’t gotten started in an economy of millions of unemployeds and corporations still downsizing and offloading employees in their thousands. On the matter of food prices and electric power, I leave that to Nigerians. We know the drill.

It is of great note that the speech makes no mention of the grinding problems of the great majority of citizens 57 years after independence: of harrowing poverty, terrible healthcare and lack of basic social amenities. Over 100 million living below poverty line and not one kind word for them in the speech. There is no mention of industry nor of industrial growth nor the impact of the capital votes of the past two years budgets.

It was such an irony that as the military sweeps across the country with armoured tanks and automatic weapons, jackboots, dancing pythons and crocodiles, in a civilian democracy, our president is talking about freedoms. He said: “Nigeria has recorded appreciable gains in political freedom, complete freedom to associate, to hold and disseminate opinions.” Really?

But then our president also declares that in spite of our trials and tribulations: “October 1st is always a day for celebrations.” I beg to strenuously disagree. I will return shortly to explain why. But first, let us do a brief detour.

I doubt many Nigerians realise the country is on a nonstop psychedelic roller coaster from professionally administered cocktails of hallucinogenic drugs by our leaders. Such is the consistent potency of the drugs that we in our highs, even with our wings brutally ripped off, still touch the sky.

We are so stimulated with opioids of deception, our consciousness is always euphoric like the frog lolling lazily in water heated gently until boiling point when the ecstatic frog is boiled nicely to death.

On October 1, 2017, messages of happy independence, of joy, of hope and even strange words of pride were pouring forth across the media in celebration of 57 years of independence. But here’s the bitter truth and reason why I strenuously disagree agree with the Independence Day fest. The celebration is a huge farce, the produce of mass ecstasy, of ingesting too much magic mushrooms of propaganda and lies.

We ought declare the day, indeed all of October, a month of mourning, of sober reflections and atonement. We ought pour ashes on our heads and wear garments of shame.

For we have forsaken God Almighty to worship a god we made with our own hands: money. We have built massive factories which production lines churn out millions of dirt poor citizens every year. We bellow Allah and Jehovah and go on “holy” pilgrimages but we have no milk of human kindness so that the weak and defenceless are crushed.

Our greed and wickedness has ruined everything: morals, values, education, healthcare, electric power, roads, water supply etc. Our young gambol in crime: kidnapping, robberies, advanced fee fraud, cyber crimes, prostitution. When they protest against the tribalism, hate, joblessness driving them to despair, fear and terror, we send in the army to swipe their noisy, snotty noses of rage in mud and then we hail the new colonialists who still use military force to shut up civil disobedience.

Look at the country. See the stadiums, colleges, universities, roads, ports, factories, businesses, steel complexes, airlines and all that was managed to be built with oil money, everything. All in shameful dilapidation. Most are white dinosaurs leering scornfully at the celebration of 57 putrescent years. Today, bitterness froths at the corners of mouths and unity is frayed like a rag buffeted by Sirocco winds. Yet we celebrate. Indeed we are high on drugs.

Six years after independence in 1960, Nigeria’s social and economic indicators were climbing the charts of growth, besting comparatively, today’s great nations like Singapore, Malaysia, Indonesia among others. But our politicians squabbled instead of building shared core values to glue the nation as one. Tribal and regional devils tore up the sinews of nationhood.

Then the army came in with guns and coups. Nigeria stopped growing. It is today a stunted hippopotamus. Since 1967, when soldiers consolidated hold on political power until today, Nigeria has been ravaged, raped and reversed into deep throes of underdevelopment. Hordes of rogue elders and leaders, military and civilian, who pillaged the country and who still steal, taught Nigerians to steal.

Shameless men who dumped values and compassion and fed citizens with the bile of religious, tribal, regional hatred. They raid the treasuries and like foolish slaves expend their national wealth on luxury splurging: private luxury jets and yachts. They transfer billions of the nation’s money into their personal offshore bank accounts, into real estates in their former colonial master’s country. They live criminal lifestyles of the idle rich. Such idiocy.

This country is riotously managed mostly by the same group of ex-military generals. The men who continue to force their failed perception of governance down our throats, their jaundiced view of civil liberties, democratic freedoms and national unity as murderous burdens on us. They define their destruction of mores and values as basis for communal coexistence. They continue to rule directly or by proxy but their produce is corrosive and corrupting.

They have perfected the art of deception and vile propaganda, such as large numbers of Nigerians love to hear in their ignorance, lack of attention to details, unquestioning partisanship and mob thirst for blood. These vile propaganda, untruths, manipulation of the facts and fake promises, from coup plotting days, to deal with institutionalised corruption over the decades are the cocktails of hallucinogenic drugs that keeps us on a psychedelic roller coaster through the past decades.

We are consistently fed these drugs of James Bond style stories of arrested corrupt elites to seized stolen loot to claims of huge jobs creation and poverty alleviation, and boy, do we sniff the drugs. We get so high that even in our poverty, we hail our oppressors for giving us hope which never comes. Hope has not come in 50 years and is not likely to come.

Poverty will continue to mushroom, health, power, water, roads will remain jokes. Corruption will remain unabated. The socioeconomic structure mocking equity and allowing rogue leadership will be in place. But the common peoples, addicts of their drugs, will continue to die unsong and in penury.

All the same, if in spite of all of the above, you still wish to be high on the psychedelic drugs, then do take this one: HAPPY INDEPENDENCE DAY.

Truth Will Spring Back Out Of The Earth