2024 Olympic fight set to go to the wire

The fight between Los Angeles and Paris to host the 2024 Summer Olympics is set to go down to the wire after the head of the IOC’s inspection team heaped lavish praise on both cities. Patrick Baumann said neither city presented a risk, saying it came down to a choice of the 95 members of…”
Editor
News 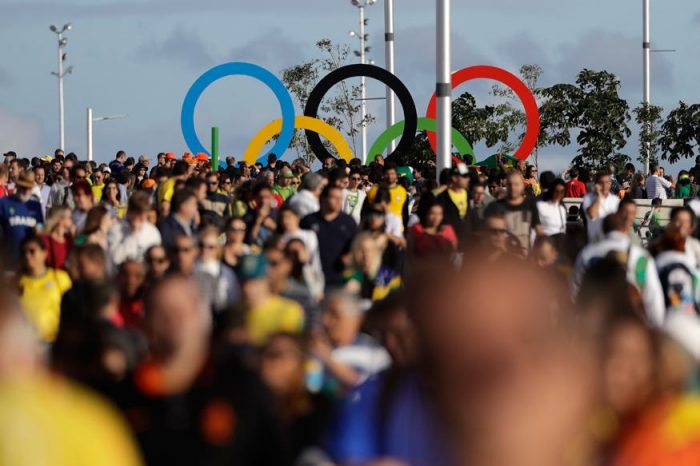 The fight between Los Angeles and Paris to host the 2024 Summer Olympics is set to go down to the wire after the head of the IOC’s inspection team heaped lavish praise on both cities.

Patrick Baumann said neither city presented a risk, saying it came down to a choice of the 95 members of the International Olympic Committee between “two different visions” on how the Summer Games be held.

Baumann also refused to be drawn on whether the confirmed presence at the decisive vote in Lima on September 13 of newly-installed French President Emmanuel Macron could hand Paris the advantage should US counterpart Donald Trump not be present for Los Angeles.

“We’re fortunate that we have two city candidates who do not present major risks that we’ve been able to highlight to host the Olympic Games,” Baumann said at his team’s closing press conference in Paris, which last hosted the Olympics in 1924, Los Angeles in 1984.

But Baumann added: “Both cities are different. These two cities have the capacity to organise the Games.

“But these cities, because they’re in different countries with different cultures, have differing visions. It’s one of the key elements. IOC members will have to choose between one vision or the other.”

Baumann insisted that it did not matter whether the respective delegations were “made up of X or Y” when asked about Trump, but at the same time praised his team’s meeting with Macron, saying it showed “strong, solid support” from all strata of French public authorities.

“Emmanuel Macron told Patrick Baumann that he would definitely be in Lausanne for the IOC’s debriefing and also in Lima on September 13,” said Paris bid team member Guy Drut, France’s 110m hurdle champion at the 1976 Games.

Macron’s commitment to securing the Olympics was underlined by his one hour meeting with the IOC taking place just two days after his inauguration as France’s youngest president at 39 years of age since Napoleon.

“This is evidence of commitment. It is not just a word, there is a unity up to the highest level of the state,” suggested Paris 2024 co-president Bernard Lapasset.

“This could help our candidacy for sure – the new president, who receives the commission just two days after his nomination, and who is the same age as our co-president Tony Estanguet.”

Macron is a strong supporter of the Paris bid to host the Olympics for the first time in a century and even before Sunday’s investiture he had telephoned Olympic chief Thomas Bach to confirm his support.

On Monday, he told Paris mayor Anne Hidalgo the bid stimulated the kind of national optimism he hopes to generate during his mandate.

“I’m right with you on your venture for the Olympics, Paralympics and the 2024 objective,” he declared.

Baumann, whose team deliver their report in Lausanne on July 5, said that the “marriage between the Games and Paris was absolutely obvious”.

Ever the diplomat, the Swiss head of the world basketball federation added: “The bid team responded to all our questions — all our remarks, as was the case in Los Angeles last week.”