2023: Senator Gaya Takes Over As Chairman Of Osinbajo’s Support Groups

Chairman of the Senate Committee on Independent National Electoral Commission (INEC), Senator Kabiru Kaya, has resumed as chairman of the Pro-Osinbajo umbrella body of all support groups, hinting that some former presidents of the country are among those championing the presidential ambition of Vice President Yemi Osinbajo. According to the former Kano State governor, the…”
Olamide
News Politics 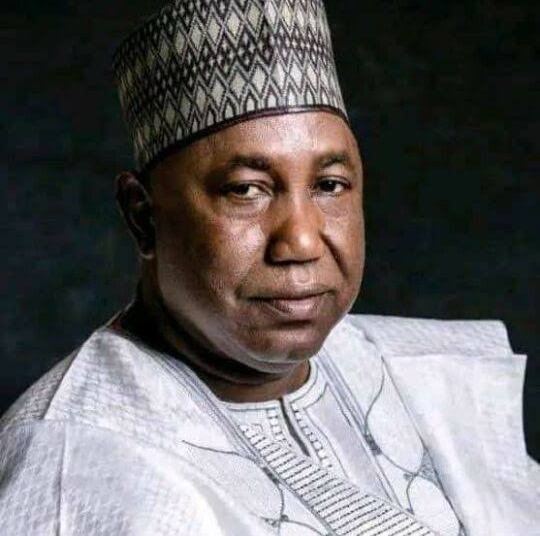 Chairman of the Senate Committee on Independent National Electoral Commission (INEC), Senator Kabiru Kaya, has resumed as chairman of the Pro-Osinbajo umbrella body of all support groups, hinting that some former presidents of the country are among those championing the presidential ambition of Vice President Yemi Osinbajo.

According to the former Kano State governor, the gesture towards Osinbajo speaks volume of the depth of his acceptability among Nigerians.

Gaya however refused to disclose the former Nigerian leaders supporting the vice president, even as he maintained that Osinbajo stands out as the most competent aspirant to succeed President Muhammadu Buhari in 2023.

He also hinted that one of the support groups under the umbrella of The Progressive Project (TPP) has offered to purchase the expression of interest and nomination forms of the All Progressives Congress (APC) at the cost of N100 million for Osinbajo.

Addressing a press conference in Abuja on Thursday on assumption as chairman of the Pro-Osinbajo umbrella body of all support groups, Gaya dispelled allegations of betrayal and nepotism levelled against the vice president, saying the campaign group will not join issue with individuals.

The Senator stated: “What we are saying is we respect every Nigerian, our elders that is what I said in my speech; there are even others that are supporting this Osibanjo team and some of them are even former Presidents.

“So we have a lot of people supporting him and we want to make all these groups come together to come and form a formidable campaign team for Osibanjo. In the next few days he will be the candidate of the party insha Allah.”

Gaya wondered why an internal issue of price of APC’s nomination form is being deliberately misinterpreted in certain quarters.

Noting that one of the groups has pledged to purchase forms for Osinbajo, he said, “We feel confident that unlike moneybags, our truly populist candidate is popular enough to pool supporters’ token donations and raise such money with ease.

“Just one youth group with TPP, the Progressive Group alone say that they can raise N100m with rough voluntary contributions of N10, 000 each by 10, 000 of their supporters who are keen about seeing a better future.

“Our populist Mathematics is flawless and very strong; moneybags within or outside APC will only lose their dollars in any contest against the people’s will. Unlike the history of some other political parties, records show that neither APC presidential ticket nor its VP slot had ever been won by throwing money around but by populist endorsement from North and South.”

Gaya further noted that the Osinbajo support groups will not descend low to play gutter politics, adding that the umbrella body has continued to warn its supporters against involvement in insults and vilification.

He continued: “We are democrats, we believe in uniting people and in submitting ourselves and competing ideas to the people’s evaluation and decisions through the ballot box.

“For us at TPP, the unity of Nigeria as well as the unity of all Progressives remain paramount. We are not unaware that a band of very few pessimists who try to deceive themselves and their sponsors about their lower chances are equally disseminating false narratives in a futile effort to demarket Yemi Osinbajo.

“Some have said that some opposition elements probably have a hand in it, out of fear APC’s much-improved prospects of victory with Osinbajo as presidential candidate.

“Let it be emphasized once again that all the populist forces behind Professor Yemi Osinbajo fear no foe and hate no one; we are focused without compromise on the unity, progress and development of Nigeria and we shall not descend into gutter fights with any person or group.

“Like hundreds of our support groups and like millions of Nigerians who called upon him to come out and contest, I have totally confidence that by the power of the Almighty and the electoral power of millions of Nigerian citizens across the six geo-political zone, Yemi Osinbajo will succeed President Muhammadu Buhari on May 20, 2023.”