The Rivers State chapter of All Progressive Congress (APC) has warned the party’s governors from the Southwest over their regular visits to the Rivers State Governor, Nyesom Wike.   APC revealed that it is an embarrassment to their efforts in trying to reclaim the state in the coming elections.   The APC leaders stressed that…”
Olamide
News Politics 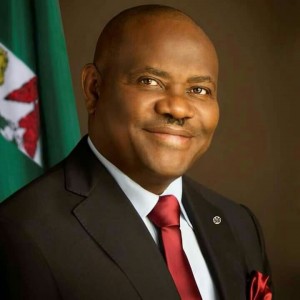 The Rivers State chapter of All Progressive Congress (APC) has warned the party’s governors from the Southwest over their regular visits to the Rivers State Governor, Nyesom Wike.

APC revealed that it is an embarrassment to their efforts in trying to reclaim the state in the coming elections.

The APC leaders stressed that it was a mark of disrespect for the governors from the APC states to continue to hobnob with Wike, without noting the presence of the party in the state.

They gave the warning in Port Harcourt on Monday evening at the party’s one-day consultative meeting with stakeholders in the South-south zone, held at its secretariat.

They described the visits as anti-party and urged its National leadership to prevail on the governors to desist from coming to the state if not for the sake of solidarity.

“Visiting Wike is an embarrassment to our effort in trying to reclaim the state”, Sydney Nyeche, Chairman of the party in Obio/Akpor council said on behalf of the Rivers stakeholders.

He added; “We find it disrespectful that while we are toiling for the party in the state, some group of governors from the West come to the state, go to Rumueprikom and be negotiating with Nyesom Wike”

The Obio/Akpor party chairman went on, “The attention of the National Chairman is drawn to this because we will not tolerate this anymore, we have had enough.

“We urge the National Working Committee of the party to warn these governors from the west to desist from coming to the state to negotiate with the governor. This level of embarrassment we have suffered should stop.

“I can not be threatened every day because of my political leanings and somebody will come from the west to rubbish our efforts. If they can not come to the state to show solidarity, they should stop coming to the state”.

Similarly, the state chairman of the party, Emeka Beke, flayed the non-remittance of 25 per cent of the funds generated from the sales of forms from candidates of the state during the party primaries to strengthen the party.

Beke demanded support from the leadership of the party at the top, stressing that the state chapter would reciprocate in the same manner it is being treated.

“Please we urge the National chairman that Rivers state bought forms worth over one Billion Naira and we are requesting that they should remit to the state 25 per cent of funds generated through the sale of the forms”, he said, warning; “If the money is not remitted to the state they should forget about coming to the state to canvass for the presidential candidate”.

Bekee stressed, “If the national body does not listen to us, we will take our destiny into our hands, vote for our House of Representatives members, and Senate and put our focus on the governorship of the state and we will win.

“The national body needs to support us if not we will not support them. We are loyal party men and we believe in the leadership of the party at the top but they should support us.”

Earlier in his speech, the convener of the meeting, the Vice Chairman, South-south zone of APC, Victor Giadom, said the meeting was convened to understand clearly the challenges of the party in the state and areas to improve on.

He pledged to collate the report and send to the national leadership of the party to ensure that they get solutions to all the complaints.

Giadom stated; “We have come, we have listened to them, we have heard them clearly and we will put them together and report to the national leadership to ensure that we find solutions to all the things that we know will help us win election in the state”.

I Have Accepted The Court’s Verdict On Yobe North — Lawan