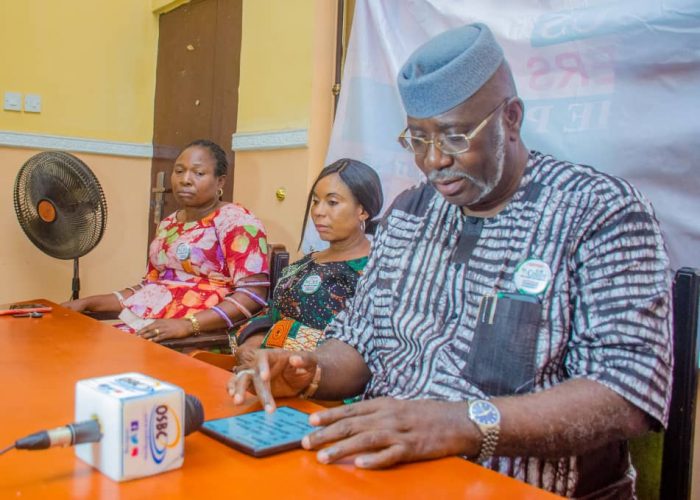 The ad-hoc staff, including facilitators, training centre administrators, monitoring & evaluations officer, data quality managers, data quality assistants, supervisors and enumerators, will be trained across the country, for the exercise slated for April 2023.

The National Chairman of the NPC, Nasir Isa Kwarra, stated this in Osogbo, on Tuesday, at a press conference heralding the launch of the e-recruitment portal in the State of Osun.

Represented by the Federal Commissioner representing Osun in the board of the commission, Senator Mudashiru Husain, the NPC boss reiterated the readiness of the commission to comply with the Presidential directive on local content to aid the success of the exercise. He said: “To ensure a fair, efficient and transparent recruitment selection process, the Honourable Federal Commissioners (HFC) will, in addition to the existing team at the State level, constitute a Local Government Area Recruitment Team (LRRT) which will comprise of 3 persons; The Comptrollers (Chairperson), b One NPC staff who has NPC file number (as Desk officer/Secretariat), C) Local Government Officials.

“The State Recruitment Review Team (SRRT), who are already profiled, are to train the Local Government Area Recruitment Team (LRRT) in conjunction with officer that will be sent from the headquarters. The Local Government Recruitment Team will work to ensure that prospective applicants in hard-to-reach areas, difficult terrains and areas with no network coverage have the opportunity to apply to serve as census functionaries and are appropriately accommodated on the recruitment portal.

“To us in the commission, the quality of staff that will perform the census activities are very important. Therefore, having good knowledge of the content of the census document, the technique and the organisation of the census process is key to the success of the 2023 Population and Housing Census.

The NPC assured Nigerians that the bulk of personnel for the 2023 census will be drawn from the communities where they are resident, with every community having the opportunity of contributing to the census workforce, thereby ensuring that the people are adequately counted.

“I want to use this occasion to promise Nigerians that the commission is on course and will continue to be fair and transparent as we approach the 2023 Population and Housing Census,” he noted.

Applicants are to visit the commission’s e-portal at: http://2023censusadhocrecruitment.nationalpopulation.gov.ng for registration.

At the event were the State of Osun Director of the National Population Commission, Mr. Martins Owoeye, Departmental Directors, among others.