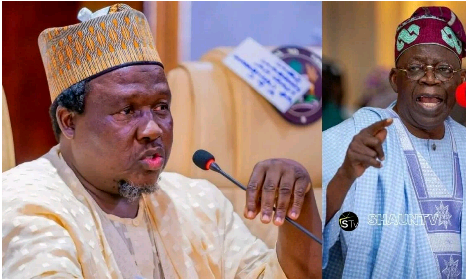 The party submitted the name of Alhaji Kabir Ibrahim Masari to fly the presidential ticket with Asiwaju Bola Tinubu who won the presidential primaries held at Eagles Square, Abuja on June 8.

Masari who hails from Masari in Kafur Local Government in Katsina State was a political ally of late President Umaru Musa Yar’Adua in the Peoples Democratic Party.

He however defected to the Congress for Progressives Change, where he was until the party merged with other parties to form the APC.

In the APC, Masari was the National Welfare Secretary of the party when former Edo State Governor Adams Oshiomhole was National Chairman between 2018 and 2020.

He is a kinsman of Katsina State Governor and former Speaker of the House of Representatives Aminu Bello Masari.

It was gathered that Tinubu is yet to arrive at who to pick as his running mate for the 2023 presidential election, thereby submitting Masari’s name as a place holder to beat the INEC deadline.

When a running mate is agreed, the party is expected to substitute his name with that of Masari.