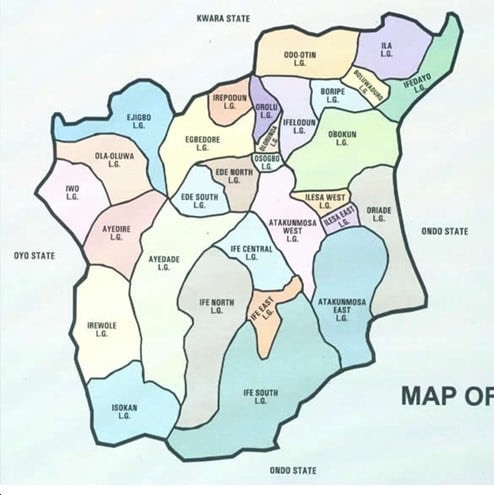 ELECTION related violence cases that occurred in the State of Osun in 2022 have negatively positioned her as the state with the highest political violence rate in Nigeria.

A report by a research organisation, SBM Intelligence, said Osun had the highest number of election related violence cases in 2022.

According to the report, a total of five people were killed in 11 political violent attacks.

The footprints of the political attacks is visible on the Oranmiyan House, the political office of the Minister of Interior, Ogbeni Rauf Aregbesola, in Osogbo.

It would be recalled that Osun had her governorship election on July 16, 2022, an exercise preceded by primaries and other activities in 15 political parties.

“Between January and December 2022, there have been at least 57 incidents of politically-motivated violence in the country that have left about 27 people dead”, the report said.

The organisation was worried that the present security landscape in Nigeria presents worrying challenges to the political stakeholders and the entire country.

“Under the present circumstances, it is nearly impossible to conduct a hitch-free election in every part of the country”, it noted.

Reacting to the report, the Spokesperson of Transparency Accountability Group, Comrade Ayo Ologun, said political gladiators were responsible for the spate of violence in the state.

Ologun, in an interview with OSUN DEFENDER yesterday, said: “There are very strong indications that the forthcoming election in Osun State may not be peaceful going by the present trajectory of events in the state.

“By the released data, one can conveniently say that the spate of violence in recent time in the state is such that was brought about by the political gladiators irrespective of party affiliation.

“While some seek to settle long time score of animosity, some wants to show the power of incumbency and hence an attempt to balance terror which often lead to casualties not involved in the scores been settled.

“If Osun, a once ranked most peaceful state in the country can all of a sudden bear the image of the state with highest record of violence in 2022, it simply means that we cannot go to sleep until normalcy return to the state and that is only possible by collaboration and doggedness of the security agencies and the synergy of the government to apportion consequences to action and not use the power of the state to protect any none state actors.”

But the Osun State Police Command has assured residents of the state of adequate security before, during and after the general elections.

Spokesperson of the command, Mrs Yemisi Opalola said the police have put in place strategies to forestall any breakdown of law and order in the state, promising that the election will be peaceful.

She disclosed that the police made arrest of some of the suspects involved in political violence in 2022, adding that the suspects were currently facing trial at different courts in the state.

Opalola said: “The police did everything possible to secure the state last year and we recorded success in our efforts. Many of the suspects that participated in one crime or the other were arrested and are currently facing trial in different courts in the state.

“As regards the forthcoming general elections, the Osun State police command wants to assure the residents that they have nothing to fear; the election is going to be peaceful. We have put strategy in place to forestall breakdown of law and order.”