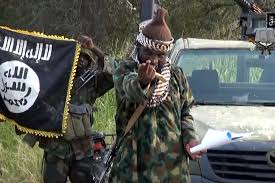 A Chadian soldier and 20 Boko Haram members were killed in a clash in the restive Lake Chad region near Nigeria, a Chadian military officer told AFP Saturday.

The incident occurred on Friday on an islet named Tchoukou Hadje, the officer said, adding that five soldiers were wounded.

“Twenty Boko Haram members were killed and a large amount of weapons was recovered,” he said. “The Chadian army lost one member.”

Two Chadian soldiers including a captain were killed in an ambush in the area a month ago in the first attack by the Nigerian jihadist group on Chadian soil since May last year in which nine soldiers died.

Boko Haram, a militant movement opposed to Western influence and seeking an Islamic state based on Sharia law, has caused the deaths of at least 20,000 people since it took up arms in 2009 in Nigeria.

Neighbouring Cameroon, Chad and Niger have all joined the military effort by Nigeria to crush Boko Haram.