The data mining efforts of the federal government through the Federal Ministry of Finance has identified a new batch of over 130,000 high net worth individuals and companies that have potential tax underpayments. The Honourable Minister of Finance, Mrs. Kemi Adeosun, revealed this on Tuesday while appearing on the Good Morning Nigeria programme of the…”
Yusuf
Economy 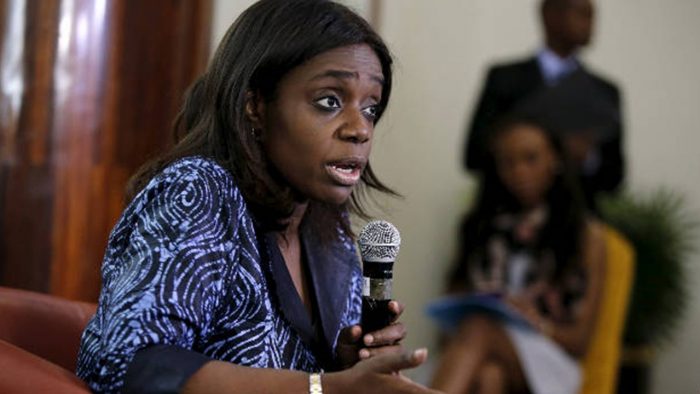 The data mining efforts of the federal government through the Federal Ministry of Finance has identified a new batch of over 130,000 high net worth individuals and companies that have potential tax underpayments.

The Honourable Minister of Finance, Mrs. Kemi Adeosun, revealed this on Tuesday while appearing on the Good Morning Nigeria programme of the Nigerian Television Authority.

The Minister disclosed that the data was currently being compiled by Project Lighthouse in preparation for the closure of the ongoing Voluntary Assets and Income Declaration Scheme (VAIDS), which ends on 31st March, 2018.

Project Lighthouse is a unique project of the Federal Ministry of Finance that combines data from federal and state agencies and overseas countries.

She said, “The data have been received from a number of sources including land registries of the governments of Lagos, Kaduna, Kano and Ogun States as well as the Federal Capital Territory.

“In addition, Nigeria has been able to request data from a number of nations including traditional tax havens. The data have been received from a number of foreign jurisdictions under the exchange of information protocols.

“Under the exchange of information protocols, this information relates to bank records and financial filings for tax purposes and is obtained from tax havens who are signatories to the information sharing agreements such as British Virgin Islands and Mauritius.”

Mrs. Adeosun hailed the ‘unprecedented’ level of cooperation between the federal and state governments, which she said was a marked change from the past when the various arms of government did not align their efforts.

She identified the common violations by non-compliant tax payers to include:

· Collection of Value Added Tax (VAT) which is not duly remitted to FIRS;

· Inconsistency between income declared for tax purposes and the value of assets owned.

She advised non-compliant tax payers to seek professional advice and to also consult relevant literature available from the tax authorities on tax rules.

She underscored the federal government’s commitment to raising tax revenues which were essential to grow the economy and create jobs for Nigerians.

She cited the fact that just N1 million could feed over 14,200 primary school children under the Homegrown School Feeding programme as well as creating many jobs in the agricultural sector.

Asked if the federal government would extend the deadline of the tax amnesty programme, the minister ruled out an extension of the deadline saying sufficient period had been given to tax payers to voluntary and truthfully declare their assets and income which had not been declared previously.

On the economy, she assured that the country was on the path of growth.

Nigeria, it would be recalled, had exited recession in the second quarter of 2017, recording a growth of 0.72 per cent.

The country further consolidated its recovery in the third and fourth quarters of last year, with growths of 1.40 per cent and 1.92 per cent, respectively.

Mrs. Adeosun said, “The administration of President Muhammadu Buhari has laid the foundation for the repositioning of the economy by a series of reforms which are being sequenced to ensure maximum impact and benefits to Nigeria and the citizens.

“These include huge investments in infrastructure and social welfare across the country, improved revenue mobilisation, rebuilding of foreign reserves and stabilization of exchange rate.”

She further noted that revenue mobilisation was potentially the master key to unlocking Nigeria’s huge growth potentials and funding the infrastructure programmes.

In addition, the minister said the federal government would continue to create more fiscal space for reforms to enhance productivity and opportunity in the non-oil sector.