12 Stadia Project, Other Moves To Trudge Sporting Activities To Next Level

When ideas meet political will…result always intimidating By Mustapha Aleem In 2014, in the capital of Akwa Ibom, Uyo, there was a ground-breaking event of the launching of first-ever stadium of international standard owned by a state in that South-Southern part of the country just when the Peoples Democratic Party-led administration was winding up. The…”
Yusuf
featured Sports 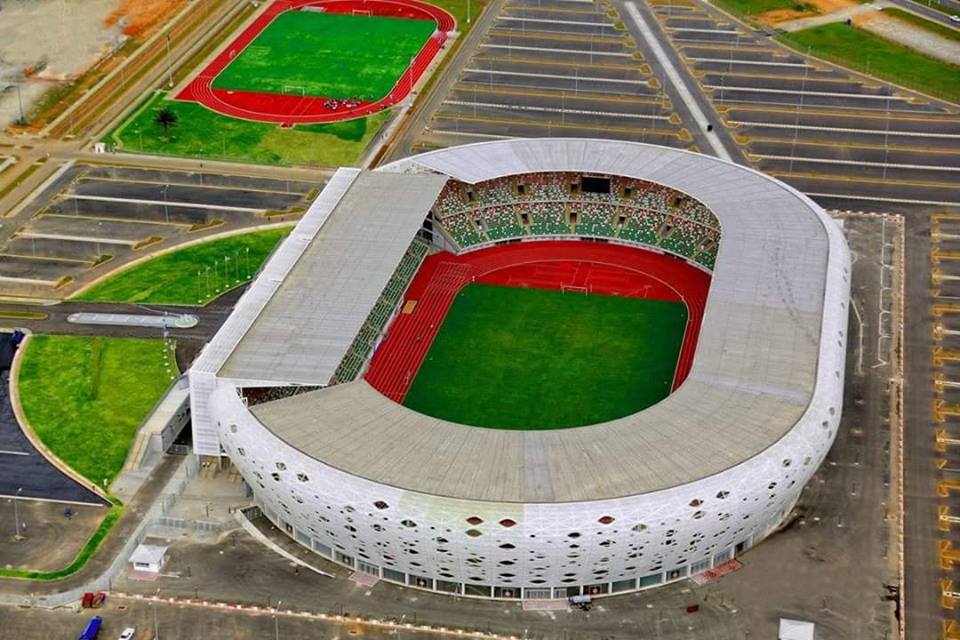 In 2014, in the capital of Akwa Ibom, Uyo, there was a ground-breaking event of the launching of first-ever stadium of international standard owned by a state in that South-Southern part of the country just when the Peoples Democratic Party-led administration was winding up. The then sitting Governor, Godswill Akpabio emphatically stated that the stadium had been built with utmost consideration for the future as there are sections of the stadium that serves commercial purposes and proceed from such would see to the daily maintenance of the entire facility. “Embedded in it are: five-star hotel, events halls, and indoor sporting facilities and among others. All of these were said to have been built along the tunnel of the stadium, with a great respect for the grass,” according to Akpabio.

Nigeria is adversely reputed for lack of maintenance culture as many edifices have suffered a great deal of neglect. Not due to lack of usage but due to lack of proper care however one cannot score such a point against Uyo’s Nest of Champions. That is just by the way for the focus of this piece is not to give pep talks on facility maintenance but to dissect the position of Sport’s Minister, Sunday Dare.

Going further, the volition to have a replica of Allianz Arena here in Nigeria came to fruition in 2014. Exactly two years after it was awarded to Julius Berger for $96 million. At this time, I personally harboured the fear that the beautiful bride men of high braze and substance trooped to Uyo for the sake of, would soon be annihilated by our lackluster habit of leaving magnificent facilities to bathe and clothe themselves like a sane human who has come of age. I also took with a pinch of salt, all that Akpabio said when he virtually addressed all the questions boggling my mind.

And the biggest fear I had on that day too was that we were going to have a general election the following year (2015) with statistics not favouring the party which produced Akpabio -PDP to see their candidate come out victorious both at the state and Federal levels. The great coalition had not made lives easy for every opposition in the build up to that election. I concluded within myself that this is most like going to rot like Abuja International Stadium and Surulere Stadium, which now serves as abode for urchins of Lagos.

Honestly, with all these factors and what I have grown to understand about this inexplicable entity called Nigeria, no soothsayer would be believed if told that the stadium would last four years without going the Nigerian way. After the election, all predictions in line with the failure of the incumbency to sit tight in power fell in line. All Progressives Congress won the Federal seats and swept more than half of the states in Nigeria, including AkwaIbom touché! One year passed and then two turned three years, the Nest is still not dissipated it rather added more moss. As a matter of fact, it played host to all of the Super Eagles home qualifying matches going to the 2018 World Cup. I hope the trend of this story is keenly followed? There is a stadium worth billion and a fate to rot in no time as obtainable from the scheme events here in this clime but has defied all the odds to maintain an undisputable status of not only a state-owned world stadium but also standing the test of time.

In the Yoruba parlance, there is an allusion that, ‘Ibere kin se onise, bi koseeniti o pari e’ medals are only awarded to those who make it to the final of a sporting event sort of and that is to stress the fact that building a stadium is not the issue but maintaining it is the bigger issue. The high side of the whole narrative of the Nest of Champions is that it became a victim of a highly tactical and insightful government, which inherited the facility together with the intentions of the opposing administration that constructed it. This is not typical of the Nigerian style towards infrastructure. My deep understanding of the APC government is that there is zero tolerance for uncompleted project – although not all projects are completed, concerted efforts are infused to them as against what was obtainable in past administrations.

Without going adrift of the topic, there is much to be happy about when the newscaster took a break from giving update about new cases of Covid-19 to air the intention of the Federal Government to build 12 stadia of international standard before the end of this present dispensation. I was so amazed upon hearing this. And again how do we intend to generate that huge amount of money? I pondered knowing full well that a stadium is deemed international standard-compliant if it has a capacity of at least, 40,000 at the minimum.

However, in retrospect and fast forwarding to 2023, when by then, it is expected that the stadia would be readyfor use other things being equal andcould see Nigeria among those nations jostling for world cup (joint) hosting rights and if luckily we get to host it a myriad of opportunities would come through to us.

Second, thousands of jobs spaces would be available for variety of sectors and in turn, there is going to be a ripples effect on the country’s economy and largely GDP as we are going to witness a surge in skills transfer from technocratic expatriates viz a viz stadium management. Another area I quickly thought of was that our engineers would add a world cup job experience to their resume thereby improving their chances of brokering bigger deals.

World Cup, unlike other sporting events, is biggest in terms of the number of cities that are usually involved. Olympic game is not that bad but incomparable to world cup because in this case, just one city is involved. Grander still the effectiveness of socio-economic impact of world cups are far-reaching than all other, including formula one, which is concluded in a day. For instance, during the 2010 FIFA World Cup hosted by South Africa, the people who were hitherto divided by caste, colour and tongue became stitched together to rally support for their beloved team. Everyone became aware of football and so it became a preoccupation during that period and beyond. Socially, an effect is manifest as a result of that event. After the 2010 mundial, the local league in that region of Africa witness an exponential development and got rebranded due to the available infrastructure that it became attractive to those plying their trades here in Nigeria and oversea.

The minister added that prominent Nigerians have been approached to take up the construction and renovation where need be of the existing stadia in the country since the political will to carry out the project is already in place not for free or for a Corporate Social Responsibility but for a direct benefit from the facility in question. “Any individual who renovates or constructs this facility will have an outright access to the station box of the stadium, which can take up to 50 persons at a time. So, the person may decide to come see a match with his friends and families with 100 per cent protection from noises and jeering,” Dare said. With this strategy in place, the Minister has sure set out on a generally-rewarding voyage beneficial to government and organizations as well as individuals. It completely goes in line with what we know as Public/Private Partnership that has been adopted in most developed countries. Government gives you the required nod to sprout a structure you can use to create wealth for yourself or even promote your existing wealth. It would be strongly suggested that such proposal be extended to telecommunication service providers and financial institutions after all, Allianz is one of the biggest financial institutions in the world and they own the most beautiful stadium in Munich – Allianz Arena. Also, set up an elaborate organization that would ensure the maintenance of the stadia in consideration similar to what Bi-courtney is doing with MMA2 without which those facilities would become an eyesore they are raised from, except the investor is given the license to exercise full control over them.

This is not all the sport ministry has to offer, again, in line with the manifesto of APC for sport development, there is a plan to establish Athletes’ Sustenance Fund, which would see athletes getting better pay even without being binned in camp. We have had to deal with a sorrowful narrative of our athletes protesting unpaid allowances after participating in tourneys, except they get to the medal table, most of the time, athletes suffer the wrath of failure by not getting his pay. Coaches and instructors are also victims of this strategic theft. With motivation comes commitment. Without fulfillment individuals are bound to underperform. Any activity that involves exerting your body to entertain people should not be seen as a charity to humanity. This malady in our sport is sought to be corrected.  If these plans outlined could be achieved, analyse it anyhow you like, it is going to be the greatest achievement ever in the sporting sector.