A United Kingdom judge says the timely observation and intervention of Vice President Yemi Osinbajo was instrumental in how the Process and Industrial Development Limited (P&ID) deal with Nigeria became known and identified as a fraudulent endeavour. Sir Ross Cranston of the UK High Court of Justice Queen’s Bench Division Commercial Court explained that the vice…”
Yusuf
featured hero A United Kingdom judge says the timely observation and intervention of Vice President Yemi Osinbajo was instrumental in how the Process and Industrial Development Limited (P&ID) deal with Nigeria became known and identified as a fraudulent endeavour.

Sir Ross Cranston of the UK High Court of Justice Queen’s Bench Division Commercial Court explained that the vice president was a regular fixture all through the review process.

Cranston noted that Osinbajo’s “fraud on the nation” statement in June of 2018 worked in Nigeria’s favour.

A brief overview of a deal gone wrong

On January 11, 2010, British firm P&ID inked a gas supply and processing deal with the Ministry of Petroleum Resources on behalf of the Nigerian government.

P&ID was expected to build and operate an Accelerated Gas Development project in Adiabo in Odukpani Local Government Area of Cross River State, going by the provisions of the contract.

On its part, Nigeria was expected to provide natural gas from Oil Mining Leases (OMLs) 123 and 67 operated by Addax Petroleum; and supply this gas to P&ID which the company would now refine into lean gas capable of powering Nigeria’s fragile electricity grid. 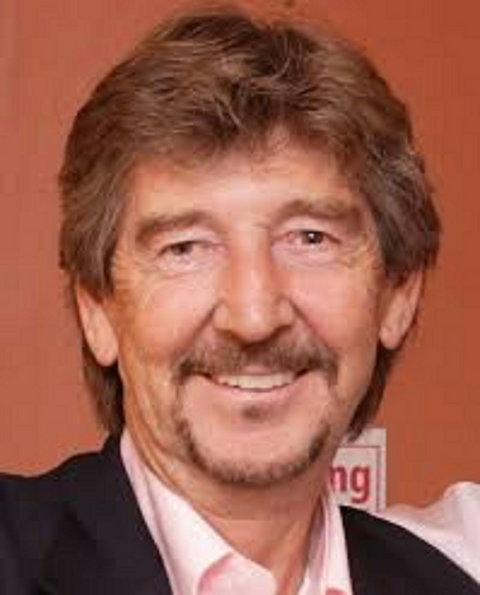 P&ID founder Michael Quinn, died during the hearing of the case (Bloomberg)

An initial volume of about 150 million cubic feet of gas per day was expected to be supplied by Nigeria.

This was expected to rise to about 400 million cubic feet per day during the 20-year period of the contract.

The contract never got off the ground.

P&ID accused Nigeria of not fulfilling its part of the bargain after negotiations were opened with the Cross River State government for allocation of land for the project.

P&ID claimed the failure to construct the pipeline system to supply the gas “frustrated the construction of the gas project, thereby depriving it of the potential benefits from over 20 years’ worth of gas supplies.”

In 2012, P&ID dragged Nigeria to court, alleging breach of contract.

Nigeria argued before the tribunal that “the failure of P&ID to acquire the site and build Gas Processing Facilities was a fundamental breach and that no gas could be delivered until this has been done.”

Initially awarded for $6.6 billion, the contract sum would rise to $10 billion due to accrued interest since 2013.

According to the New York Times (NYT), government officials said the contract was signed while late President Umaru Musa Yar’Adua was critically ill and Goodluck Jonathan was acting president.

On Thursday, September 3, 2020, Cranston granted Nigeria’s application for an extension of time and relief from sanctions.

The case could now return to arbitration based on new evidence, or both parties will now settle out of court.

In its reaction following the judgment, the presidency said “in our view, the judgment is right, just and provides a strong prima facie case that the fraudulent gas deal with P&ID and the subsequent judgment debt of $10 billion against Nigeria was a clear attempt to cheat the country of billions of dollars by a company that had not invested one Naira in our country.”

According to the judgment read by Cranston, the vice president’s involvement began in 2017 after he was briefed of the case by Attorney General of the Federation and Minister of Justice Abubakar Malami.

“Following a meeting, on March 13, 2017, Malami wrote to Vice President Osinbajo, who was acting president at the time, exploring five “scenarios” and making recommendations on each.

“The first was to negotiate a reasonable settlement. The second was to undertake a forensic and extensive examination of the original contract, award and other processes to discover loopholes to upset or vary the award,” said Cranston. 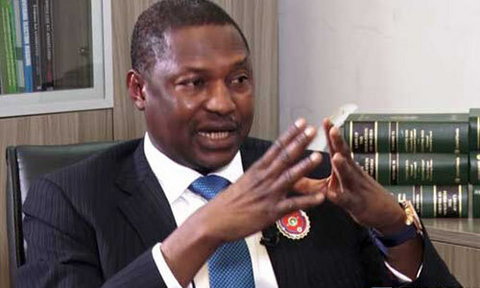 Attorney-General of the Federation and Minister of Justice Abubakar Malami. (TheNigerialawyer)

The merits were said to be that a loophole might be discovered, for example fraud, technical grounds or a conflict of interest of the arbitrators.

“The other options were to inquire whether there was the possibility of an appeal, an investigation by the EFCC and a challenge to the recognition and enforcement of the award.”

The judge explained that Malami again wrote to the vice president on March 17, 2017, following a meeting on March 13 where the scenarios in the March 13 letter were “extensively deliberated upon.

“Scenario 1 was now expressed as “the urgent need” (emphasis in original) to negotiate a settlement. The scenario about involving the EFCC was that it should be directed to undertake a discreet investigation of the matter, and also to ascertain the personalities and beneficiaries behind P&ID.

“There followed on 16 May 2017 (and afterwards) without prejudice settlement discussions with P&ID.”

After P&ID stated in September 2017 that it intended to enforce the final award, on December 7, 2017 the vice president granted approval to negotiate further.

However, settlement negotiations broke down.

“Malami, with then Minister of State for Petroleum Resources, Emmanuel Kachikwu wrote to the vice president on May 23, 2018 in light of US enforcement proceedings which P&ID had initiated, recommending the reopening of negotiations with P&ID while efforts were being made as regards the enforcement proceedings.

“That same day, June 12, 2018, the vice president wrote to the president, recommending the reopening of negotiations with P&ID. The president approved this recommendation on June 26, 2018.”

Malami and Kachikwu again wrote to the vice president on May 23, 2018 recommending further negotiations with P&ID.

The vice president agreed, adding in manuscript on the letter that he was still of the opinion that the underlying transaction was “a fraud on the nation”, and that perhaps there might be “a need to independently review this view and investigate the entire affair more diligently.”

Friday’s ruling by the UK Court stated that a prima facie fraud case in the P&ID matter has been established.