Winnie Madikizela-Mandela, whose hallowed place in the pantheon of South Africa’s liberators was eroded by scandal over corruption, kidnapping, murder and the adulterous implosion of her fabled marriage to Nelson Mandela, died early Monday in Johannesburg. She was 81. Her death, at the Netcare Milpark Hospital, was announced by her spokesman, Victor Dlamini. He said…”
Yusuf
World News 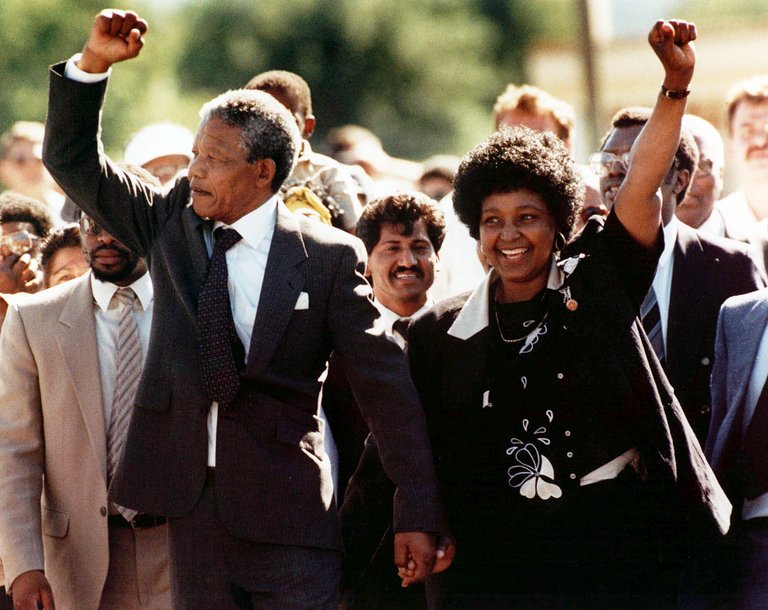 Winnie Madikizela-Mandela, whose hallowed place in the pantheon of South Africa’s liberators was eroded by scandal over corruption, kidnapping, murder and the adulterous implosion of her fabled marriage to Nelson Mandela, died early Monday in Johannesburg. She was 81.

Her death, at the Netcare Milpark Hospital, was announced by her spokesman, Victor Dlamini. He said in a statement that she died “after a long illness, for which she had been in and out of hospital since the start of the year.”

The South African Broadcasting Corporation said she was admitted to the hospital over the weekend complaining of the flu after she attended a church service on Friday. She had been treated for diabetes and underwent major surgeries as her health began failing over the last several years.

Charming, intelligent, complex, fiery and eloquent, Ms. Madikizela-Mandela (Madikizela was her surname at birth) was inevitably known to most of the world through her marriage to the revered Mr. Mandela. It was a bond that endured ambiguously: She derived a vaunted status from their shared struggle, yet she chafed at being defined by him.

Ms. Madikizela-Mandela was cheered by supporters after appearing in court in Krugersdorp, South Africa, in 1986. She commanded a natural constituency of her own among South Africa’s poor and dispossessed.

Ms. Madikizela-Mandela commanded a natural constituency of her own among South Africa’s poor and dispossessed, and the post-apartheid leaders who followed Mr. Mandela could never ignore her appeal to a broad segment of society.

In April 2016, the government of President Jacob G. Zuma gave Ms. Madikizela-Mandela one of the country’s highest honors: the Order of Luthuli, given, in part, for contributions to the struggle for democracy.

Ms. Madikizela-Mandela retained a political presence as a member of Parliament, representing the dominant African National Congress, and she insisted on a kind of primacy in Mr. Mandela’s life, no matter their estrangement.

“Nobody knows him better than I do,” she told a British interviewer in 2013.

Increasingly, though, Ms. Madikizela-Mandela resented the notion that her anti-apartheid credentials had been eclipsed by her husband’s global stature and celebrity, and she struggled in vain in later years to be regarded again as the “mother of the nation,” a sobriquet acquired during the long years of Mr. Mandela’s imprisonment. She insisted that her contribution had been wrongly depicted as a pale shadow of his.

“I am not Mandela’s product,” she told an interviewer. “I am the product of the masses of my country and the product of my enemy” — references to South Africa’s white rulers under apartheid and to her burning hatred of them, rooted in her own years of mistreatment, incarceration and banishment.

While Mr. Mandela was held at the Robben Island penal settlement, off Cape Town, where he spent most of his 27 years in jail, Ms. Madikizela-Mandela acted as the main conduit to his followers, who hungered for every clue to his thinking and well-being. The flow of information was meager, however: Her visits there were rare, and she was never allowed physical contact with him.

In time, her reputation became scarred by accusations of extreme brutality toward suspected turncoats, misbehavior and indiscretion in her private life, and a radicalism that seemed at odds with Mr. Mandela’s quest for racial inclusiveness.

She nevertheless sought to remain in his orbit. She was at his side, brandishing a victor’s clenched fist salute, when he was finally released from prison in February 1990.

At his funeral, in December 2013, she appeared by his coffin in mourning black — positioning herself almost as if she were the grieving first lady — even though Mr. Mandela had married Graça Machel, the widow of the former Mozambican president Samora Machel, in 1998, on his 80th birthday, six years after separating from Ms. Madikizela-Mandela and two years after their divorce. It was Mr. Mandela’s third marriage.

In 2016, Ms. Madikizela-Mandela began legal efforts to secure the ownership of Mr. Mandela’s home in his ancestral village of Qunu. She contended that their marriage had never been lawfully dissolved and that she was therefore entitled to the house, which Mr. Mandela had bequeathed to his descendants. High Court judges rejected that argument in April. After learning that she had lost the case, she was hospitalized.

Her lawyers said she would appeal the High Court judgment.