Who Wants To Be A Teacher? 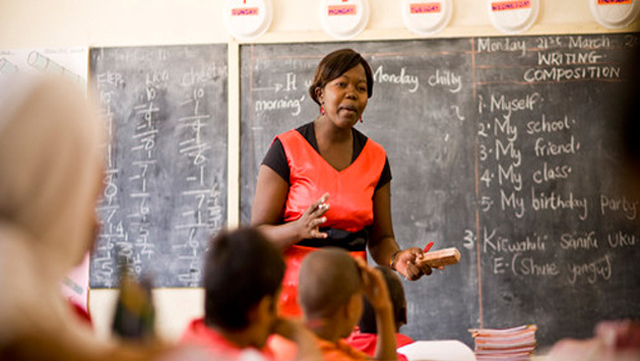 At the moment, it will not be an exaggeration to state that the state of education in Nigeria is at an all-time low. Concerned stakeholders are justifiably worried about the sore state of affairs in the sector. Without a doubt, every patriot must be concerned about the disturbing state of education in our nation. If we are to record reasonable scientific and technological breakthroughs, attain national development, achieve Sustainable Development Goals among others, there is a need to do something radical about the declining fortune of education. Some have, indeed, demanded that a “state of emergency” be declared in the sector while others have called for the setting up of a “Firebrand Task Force” to deal with the nosediving fortune of education. Whatever it is that is eventually done, the reality is that the education sector needs dire attention.

A majority of Nigerian graduates are unemployable because of the inconsistencies and instability in the sector. We should not be abashed at this revelation. Since we have placed little value on our schools and teachers over the past decades, we should not expect anything different. It is an undeniable fact that education and national development are complementary. Therefore, it shouldn’t be surprising that we are lagging behind in so many critical areas when compared with nations such as Singapore, India, Malaysia, Ghana, and Trinidad and Tobago, to mention but a few among nations with whom we attained political independence around the same time.

One area in which we have really erred in terms of our attitude towards education is in the gross neglect of teachers. No matter the level of investment in the sector, if we continue to treat teachers as some irrelevant bunch of people who don’t really matter, we won’t make much progress in an effort to reposition education. We need to pay close attention to the status of the teaching profession in the country. Universally, teaching is regarded as one of the oldest professions in the world. The main goal of teaching is to change the behaviour of the learners with a view to making them useful or productive members of the society. The central figure in teaching is, no doubt, the teacher.

The way people perceive teachers varies from one society and culture to the other. To the Jews, he is known as “Rabbi” (the great scholar) while Indians refer to him as “Brahman” (the esteemed one). In Athens, he is referred to as “prodigy”, that is, the most intelligent one in the community while in Rome, a teacher is a “pedagogue”, meaning, a slave whose duty is to teach the young ones. Back home in Nigeria, it is believed in some quarters that teachers are generally wretched and miserly persons who measure yams with a ruler or foodstuffs such as garri, rice, beans, etc. so as to determine the quantity to be cooked. As evident in our society, teachers are usually sneered at for their not too comfortable and favourable social status. Worst still, while others readily get their own share of the national cake while still alive, teachers are to wait for their own reward in heaven!

In education, a teacher is one who helps students or pupils, often in a school as well as in a family, religious or community setting. A teacher is an acknowledged guide or helper in processes of teaching/learning. A teacher’s role varies between cultures. Academic subjects are emphasised in many societies. But really, a teacher’s duty may include instruction in craftsmanship or vocational training, spirituality, civic community activities, sciences or life skills, among others.

In civilised societies, teachers are well-rated and usually respected as specialised professionals; on the same level as many other professions. In our clime, if we are to get the best out of teachers, we need to honour, celebrate and respect them. The issue of proper remuneration for teachers is one that we must not really shy away from. A properly motivated teacher is definitely an asset to the society.

For us to redefine our perception of teachers and get the best out of them, we need to reflect on the message of the Prime Minister of Trinidad and Tobago, Dr. Eric Williams, to the youths of his country at the country’s Independence Youth Rally in 1962. In his words on the occasion, Williams said, among others: “To your tender and loving hands, the future of the nation is entrusted. In your innocent heart, the pride of the nation is enshrined. On your scholastic development, the salvation of the nation is dependent. When you return to your classes after independence, remember, therefore, each and every one of you, that you carry the future of Trinidad and Tobago in your schoolbags. We should all note that an educated nation is a liberated people”. How fitting!

In Lagos State, teachers have already been accorded a well-deserved status in the scheme of things. This has been done through their elevation in terms of career progression as Tutors General/Permanent Secretaries. This is a way of encouraging teachers to aspire to the utmost height in the public service. It is heartwarming that some states are already emulating Lagos in this direction.

As Sai Baba Goes To Work In London, Again By Tunde Asaju