We Are Fishermen, No Room For Open Grazing In Bayelsa — Governor Diri

Governor of Bayelsa State, Douye Diri has replied President Muhammadu Buhari’s recent attempt to restore grazing routes across the country, explaining the state government’s ban on open grazing is backed by law and has come to stay. It was gathered that Diri, who announced the government’s stance in a state-wide broadcast yesterday to commemorate the…”
Victor
News Others 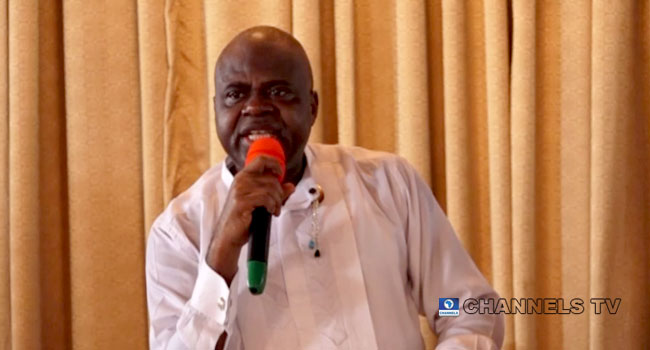 Governor of Bayelsa State, Douye Diri has replied President Muhammadu Buhari’s recent attempt to restore grazing routes across the country, explaining the state government’s ban on open grazing is backed by law and has come to stay.

It was gathered that Diri, who announced the government’s stance in a state-wide broadcast yesterday to commemorate the 2021 Democracy Day insisted that the reported pronouncement by the President was not applicable to the state, saying that Bayelsa has no grazing routes because the people are fishermen.

The state government last week seized 34 cows for breaching the state’s ban on open grazing and pledged to enforce the law to the letter.

The governor also said that it discounted the N38bn refunds for federal projects and received N27bn which had been ploughed back into infrastructure projects across the state, explaining that the N38bn due the state was ‘promissory notes’ and not cash and was redeemed based on experts’ advice.

The explanation came amid concerns that the difference between N38 billion and N27 billion amounting to about N11 billion was a shortchange.

Promissory notes and bonds are debt instruments through which one party promises in writing to pay a determinate sum of money to the other either at a fixed or determinable future time under specific terms and redeemable before maturity at a discount.

The Senate had on November 24, 2020 approved promissory notes and bond issuance worth N148.1bn as refunds to Bayelsa, Rivers, Cross River, Osun and Ondo states for executing federal projects.

Diri further clarified that the state government entered the discount deal with due diligence after consulting economic experts who advised that for the state to get the full value of the debt, it had to wait for the four-year maturity date of the instrument or discount it at market rates.

He stated: “The governors of the benefiting states met and it was obvious that it made sense to accept the discount option because some second term governors cannot have access to the money when they have left office.

“Also given the unpredictable inflation and foreign exchange rates, it made sense to go for the discount option, and I want to assure the people of Bayelsa that the decision was taken in the interest of the public.

“We got that money sometime in December 2020 and deployed it to work on theYenagoa-Oporoma Road which will connect headquarters of Southern Ijaw Local Government Area by road. Work is advancing at an impressive pace.

“The Glory Land Drive Road, the AIT-Igbogene, Sagbama-Ekeremor road and so many projects that the previous administration could not complete are receiving attention and the people are free to go and see what we are doing with the refunds.”

On the commencement of scheduled commercial flights to the recently licensed Bayelsa Airport, Diri said that plans had been concluded with United Nigeria Airlines to start flight operations to and from Bayelsa from July.

He said that the state held talks with Ibom Air and the airline requested guarantees that the state government indemnifies it for empty seats until passenger traffic grows, but the aircraft has a capacity for 90.

He said that as a prudent administration, considering the cost of empty seats in a 90 passenger capacity aircraft, the government got United Nigeria Airline which operates smaller planes with 50-passenger capacity.

“Our earlier plan was to start with Ibom Air and we opened discussions with my brother, Governor of Akwa Ibom during our recent retreat in Uyo and he agreed. We immediately set up a committee to work out the modalities.

“The committee found that we need to defray the cost of unoccupied seats as a new airport and we found the cost too high for the capacity of aircraft operated by Ibom Air so we had to look for airlines that operate smaller capacity aircrafts.

“I can confidently say the scheduled flights will start at our airport in July. Arrangements have been concluded following the presentation of certification documents for daytime flight operations by the Nigerian Civil Aviation Authority.”