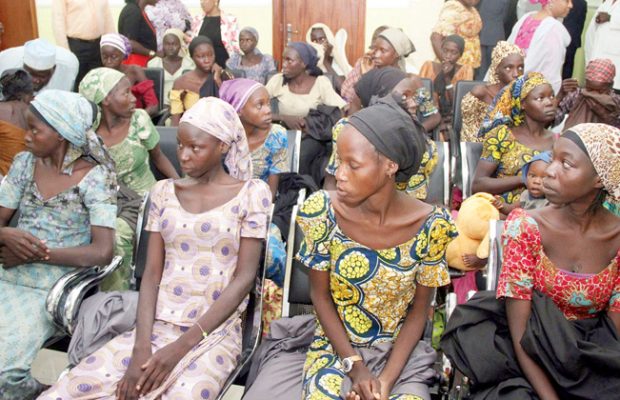 The United Nations Population Fund (UNFPA) and the Minister of Women Affairs have commenced plans to ensure that the abducted Chibok school girls who were released in October 2016 sit for the Unified Tertiary Matriculation Examination (UTME) conducted by the Joint Admissions and Matriculation Board (JAMB) next year to enable them to proceed to the university.

Already, UNFPA has recruited teachers to fast-track their preparation for the examination. The teachers are being paid by the UN agency.

UNFPA Deputy Representative to Nigeria, Eugene Kongnyuy, who disclosed this in an interview with journalists at the weekend in Abuja, stated that some of the girls indicated interest in vocational training.

He said such training is being provided so that they can establish businesses or get jobs when they return to their communities.

According to him: “The girls were asked questions whether they plan to go back to school or get vocational training. They divided themselves into two groups. Those who decided to pursue formal education, teachers were recruited to speedy their preparation for JAMB because they were kidnapped when they were about to write the exam.

“Those who wanted vocation training, many of them chose to be trained as psychotherapists, some of them are undertaking ICT training. So, these are the different forms of training they are offered so that they can prepare for their future in establishing small businesses or get jobs when they get integrated back into their communities.

“In terms of psychosocial support, they had gone through psychosocial trauma, as such they need counselling. They have lost their childhood, missed three years of adolescent and gone experienced violence, sexual and emotional torture. They need psychosocial rehabilitation.

“In terms of nutrition, many of them are malnourished, they need a balanced diet to restore them to normalcy. They also need shelter where they can stay and be looked after.”

Kongnyuy added that the UNFPA received a request from the Federal Ministry of Women Affairs in certain areas that it has a comparative advantage, which includes physical rehabilitation, medical and psychosocial rehabilitation as well as livelihood support.

He explained that: “When some of the girls who came back with children were asked whether they would like to go back to Chibok, they said even if they are going, they would not take their children along. They feel they would not be accepted if they go there as mothers.”