UEFA Unveils Team Of The Century 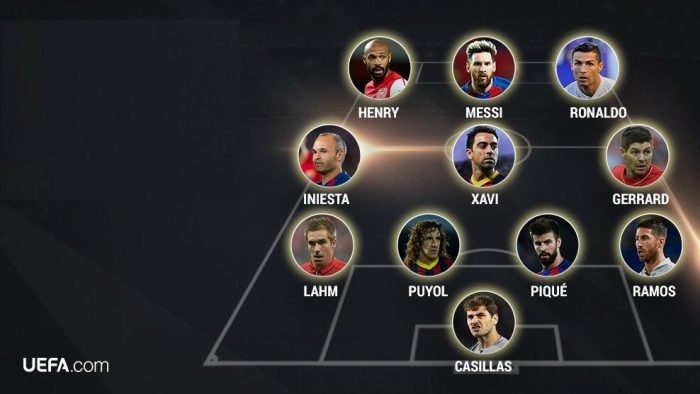 Two Premier League legends namely Thierry Henry and Steven Gerrard have been made UEFA’s team of the century.

Henry and Gerrard are the Premier League’s representatives in a team dominated by present and former stars from Spanish La Liga.

The midfield trio of the aforementioned Gerrard, Xavi Hernandez and Andres Iniesta were joined on the team by the fearsome attack of Lionel Messi, Cristiano Ronaldo and Thierry Henry.

Fasanmi Was My Political godfather – Akande