Tribute: The Passage Of A Core Progressive

The life of Bayonile Ademodi represents a fascinating excursion into Nigeria’s contemporary political history. The passing of Bayonile Ademodi, the erstwhile Ondo State Commissioner for Regional Integration came to us as  a shock and a surprise, more so when he lost his brother, residing in the State of Michigan, United States to the cold…”
Yusuf
Op-Ed 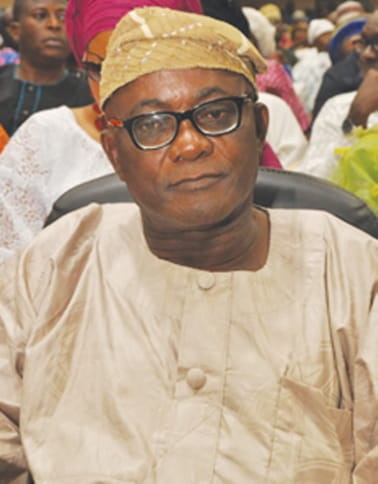 The passing of Bayonile Ademodi, the erstwhile Ondo State Commissioner for Regional Integration came to us as  a shock and a surprise, more so when he lost his brother, residing in the State of Michigan, United States to the cold hand of death only a couple of weeks ago.

We are using this medium to sympathize with his immediate and extended families and friends across the political spectrum.

Bayonile Ademodi and his dear friend, late Segun Adewoye, both of whom can be characterised as “two of a kind” knew, at a very young age, in their mid-twenties, as lecturers at the University of Ife, that their academic careers meant nothing if it was separated from the existential imperatives of first, the Yoruba People and by extension humanity at large.

This was manifested in their active participation in emancipation politics, first, through the “Wednesday Klub” of the University of Ife. This was a “klub” which provided the avenue for the dissemination of progressive and radical theory and practice for the various student groups and movements, quite a few of which were influential in the Nigerian Student Movement of the late seventies and eighties, particularly through the Patriotic Youth Movement of Nigeria (PYMN), a decidedly progressive bloc within the National Association of Nigerian Students.

This was the background to his eventual post-University activism which led him into becoming part of the “Action Group”, under the chairmanship of Pa James Aluko, the celebrated “accused Number 31” during the 1962 Treasonable Felony Trial who was never found, due to his having been officially sent to Ghana where he continued to coordinate the party, manifesting the dictum, to wit: “gbogbo igba, e stand by”.

Pa Aluko’s chairmanship emboldened the new formation, giving access to information as to the 1962 crisis and which further established the new formation as the ideological reminder of the First Republic party, and a historical necessity as a defiance and rejection of the May 1966 Ironsi-led military “dissolution” of political parties.

During the NADECO days, when certain members of the “old” Action Group came to the realisation of the existence of the new group, their question was: “is this our own Action Group”?

The resounding answer, of course, was “YES”. And they nodded in appreciation.

Upon the passing of Pa Aluko, Bayonile Ademodi became the Chairman of the Action Group.

During the early stages of the return to civil rule in 1999, a coalition known as “ALAJOBI” emerged, from six organisations with different backgrounds in both the anti-Abacha (June 12) struggles as well as the earlier pursuit of social justice and the resolution of the National Question in Nigeria, predating the anti-Abacha era.

At formation, “ALAJOBI” was immediately confronted with the necessity of establishing its raison d’etre.

The “Action Group” was one of the six; the others being “Heritage”, “New Generation”, “Idile”, “Oodua Liberation Movement” and “Oodua Youth Movement”.

The “Action Group”, manifesting the dictum as to the validity of a quest being subject to its ability to devise a means of actualization, produced a paper, titled “Achieving Self-Determination for the Yoruba Nation” advocating the convening a Yoruba Constituent Assembly to ratify the Yoruba Constitution. The paper was accepted as ALAJOBI’s working paper, and with the collaboration of and consultations with other individuals and organisations, a Draft Yoruba Constitution was produced and ratified under the Chairmanship of Retired Bishop E.B. Gbonigi.

From which another problematic arose, to wit: what next?

By this time, the political atmosphere had changed, ALAJOBI went into the doldrums and each component of the coalition found other ways to advance its objectives.

The answer to the “what next” question, the YORUBA REFERENDUM, now championed by successor organizations to “Alajobi and the “Action Group” itself, from which “Egbe Omo Oduduwa” emerged, again, in continuation of the rejection and defiance of its May 1966 “dissolution” by the Nigerian Post-Colonial State as well as the recognition of the pivotal role played by the Egbe in the course of Yoruba Self-Determination.

Bayonile Ademodi did not waver in his commitment, despite the transformation as he was always on hand to provide his intellectual appreciation of any issue that needs a resolution.

He was a delight in intellectual and political discourses.

That the “new” Action Group  ignored its historicity is not due to any ideological or philosophical deviation but simply a response to the then emerging political scenario, which also saw to the dissonance within Afenifere and the multiplicity of organizational paradigms, all in the quest for Yoruba Self-Determination.

Bayonile Ademodi found fulfillment in active participation in quite a few of these organizations, making his intellectual depth and practical application of theory felt under all circumstances.

For and on behalf of Egbe Omo Oduduwa