A Time To Build Modern Libraries

By its very nature, a library is an indispensable resource for any institutions of learning. It is a collection of sources of information and similar resources, made accessible to a defined community for reference or borrowing. Before the (digital) big data age, a library consists of a building, room or virtual space where a vast…”
Yusuf
Op-Ed 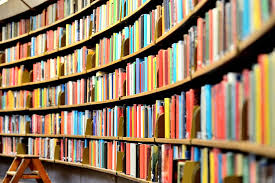 By its very nature, a library is an indispensable resource for any institutions of learning. It is a collection of sources of information and similar resources, made accessible to a defined community for reference or borrowing. Before the (digital) big data age, a library consists of a building, room or virtual space where a vast array of information resources are stored and accessed for study. In its simplicity, a library is a basic necessity for schools and other educational institutions for the purpose of acquiring knowledge.
Which is why most functional, effective and result-oriented school systems always have library resources, which include books, newspapers, periodicals, maps, films, prints, documents, CDs, cassettes, videotapes, DVDs, e-books, audio books, databases.

The information and resources in a library could be limitless depending on the scale and purpose for which it was set up. Libraries could be organized and maintained by a public body, an institution or individual to serve the same purpose.

But in Nigeria, there is nowhere citizens can actually turn to find good libraries. Only very few private schools maintain some semblance of good libraries. Public libraries in schools from federal to local government councils have disappeared. In fact, in the 41-year-old Abuja, the national library project is the most neglected project scheme in the central business district (CBD).

It is against this backdrop that a recent promise by the Federal Government to provide adequate funding for school libraries makes some sense. Somehow, it is strange that the issue of the library is being treated as a separate issue from the decadent education system: the two are inseparable. Talking of a school without good libraries has been part of the reasons for the downward trend and absence of competitiveness in education here this newspaper commented on two weeks ago. Sadly, most schools in the country are in that quagmire.

That is why the government’s promise to fund libraries shouldn’t be mere rhetoric considering that there had been similar impromptu promises that were not fulfilled. Again, we are in a tenure midterm ambush when political leaders make empty promises to win public support for next elections. That shouldn’t be the case.

There are so many reasons this library revival project should not be a pipe dream. In the first place, most citizens as we often do here, have been concerned about little or no attention that governments at all levels pay to education. Specifically, all our institutions of higher learning are poorly rated in global and continental contexts. Yet, our students who go abroad for undergraduate and graduate studies are daily reported as beating world records in academic pursuits. The records should have been beaten at home in our schools. Nigerian power elite members usually travel abroad for even short-term skills acquisition courses in foreign universities that have some global brand equity. What is worse, when it comes to graduate employability index in a global context, Nigeria is nowhere to be found.Even most of the private primary and post-primary schools that are doing well here, there are foreign labels such as “British and Montessori Schools.” Just in the same vein, some of them are foreign missions such as Loyola Jesuit’s. Sadly, our public officers elected and hired to take care of these institutions get their wards admitted into these “localized’’ schools in the country. This is shameful and unacceptable.

Again, we would like to call on the Minister of Education, Malam Adamu Adamu, who promised the library revival project during the 2017 National Readership Promotion Campaign, organized by the National Library of Nigeria in Abuja to be a promise keeper. Education is on the concurrent legislative list. And so, all the 36 states and 774 local governments that actually have more schools should not be left out. They should note that without quality education, there will be no development on many fronts. They should, therefore, pay attention, not only to the equipment of libraries, they should also equip the schools and teachers to have an all-around development in education.

After all, the event that set off the pledge for the revival of the libraries, had as its theme, ‘‘Working together to build a virile reading nation: Challenges and Strategies,’’ and was aimed at promoting a reading culture in the country.

Education administrators and policymakers should note that traditional libraries are not common anymore. What is in vogue is the development of virtual libraries known as e-libraries, which can be accessed from any location through the Internet. That is the direction the world is going and Nigeria should not be left out. Governments and private proprietors should ask for experts who will help them develop some e-libraries while re-equipping the old ones where necessary. After all, it is said that “a library is a great gymnasium where we go to make our minds strong.” But ultimately, there should be a commitment to funding education in a radical manner that can deliver employable products of our schools for development.

Letter To Atiku…..By A Dissatisfied Nigerian