The team is better off Mikel Obi – Adelabu

Former Green Eagles winger, Adegoke Adelabu says football-loving Nigerians should not lose sleep over the absence of team captain, Mikel Obi from the Super Eagles squad. Coach Gernot Rohr left out Mikel from his list of invited players for the crucial 2019 AFCON qualifiers against the Bafana Bafana of South Africa next week. Mikel was…”
Editor
Sports 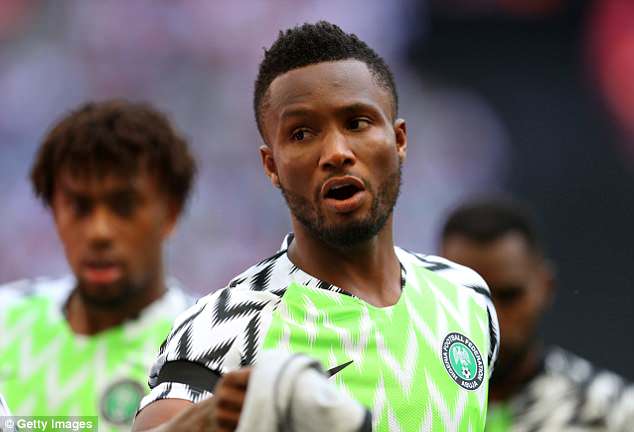 Coach Gernot Rohr left out Mikel from his list of invited players for the crucial 2019 AFCON qualifiers against the Bafana Bafana of South Africa next week.

Mikel was not also part of the two matches the Eagles played against Seychelles and Libya, which Nigeria won.

Adelabu, who played for the then IICC Shooting Stars of Ibadan in his active days told The Guardian yesterday that Mikel was already experiencing a decline in his performances, and should be left out of the team.

“The way we discover, manage and dispose off our players needs to be addressed,” Adelabu said. “It is no longer news that some of our players like Victor Moses and Mikel, are not only experiencing a decline in their performances, they can be conveniently left out of the national team games without any noise as long as we can find a way to win.

“I have mentioned it several times that we need to develop a unique technical intelligence system by which we can monitor the performances of our important players, and make sure there are no role conflict in their field positions both in their clubs and the national team. When Moses was asked to change his position for the sake of keeping him in the team, it was not for the sake of his career. Now that Chelsea do not need him, he is left out of the team,” he stated.

Adelabu, a sports scientist recalled that there was a year when former Brazilian player, Dunga criticized a team in the Premier League for playing a Brazilian player in the wrong position. He threatened that the player would be withdrawn because the position will cause technical and tactical conflict in the Brazilian national team. Do we have such audacity to say such about any of our players?

“Also, we should not be having sleepless nights over injured players, if we are focused in the way we develop our players. Most of our players force themselves to play just to justify why they are included in the team. We have a lot of good players, but they have to play intelligently to last in the game. We need more people from the local league. We need independent analysts to let us know what is the problem with our players in the local league.

“We are getting to the point that when our foreign players are no longer in action, to build a national team may be difficult based on our style,” Adelabu stated.

Pablo Fornals Releases Himself With 12 million Euro To Join Villarreal