Succession Politics And The Limit of Ignorance

By Abiodun KOMOLAFE Osun West Senatorial bye-election has come and gone, not unexpectedly, with its twists and turns; sounds and bites. Victors have since July 8, 2017 been counting their blessings while losers have also been unrelenting in licking their wounds with threatening affection! On the whole, June 21, 2014 has again happened to the progressive camp in the State of Osun and one can only pray that appropriate lessons from whatever remains of its wacky outcome would not…”
Editor
Op-Ed Politics 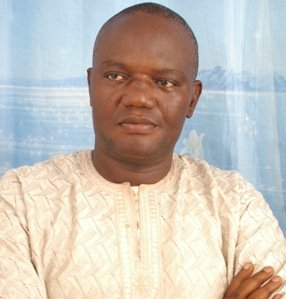 Osun West Senatorial bye-election has come and gone, not unexpectedly, with its twists and turns; sounds and bites. Victors have since July 8, 2017 been counting their blessings while losers have also been unrelenting in licking their wounds with threatening affection! On the whole, June 21, 2014 has again happened to the progressive camp in the State of Osun and one can only pray that appropriate lessons from whatever remains of its wacky outcome would not be wasted on the altar of ego and sycophancy. It is also believed that ingrates and renegades who have turned the misfortune brought upon the state by Isiaka Adeleke’s sudden death into a ‘Us’ versus ‘Them’ personality clash will ‘sheathe’ their swords for the good of the party and country.

Except we want to be economical with the truth, what played out on July 8 was the opposition’s way of telling Nigerians that, given the opportunity, it can still use the weapons of rice, money and other instruments of ‘stomach infrastructure’ to spring surprises on soft targets. Unfortunately, the ruling party’s inability to keep its house in order nationally, plus economic reforms that have, for want of a better expression, been struggling to put food on the table of the common man are rubbing off on the states and may affect the party’s fortunes in future elections if concrete steps are not taken to address the situation. All Progressives Congress (APC) needs to wake up from its slumber, cutoff the pretence and carry out clearance operations before it is too late.

Nigeria is in tough times and all eyes can see it. The political turf is heating up as we gradually approach another election year and it is as if those who never wished Muhammadu Buhari and his government well have now had their prayers answered. The economy is bleeding and it seems as if the national government is satisfied with snoring on a mattress overstuffed with excuses as a way out of the socio-economic logjam. In politics, little things count. Taking refuge in short-term measures, even when they are energy-sapping or funds-demanding, go a long way in addressing the nasty tragedies, extant confusions and conceptual impressions that have been threatening the fragility of the egg called Nigeria. Behaving as if 2018 is 1000 years away,or as if 2019 will never come, will not help a ruling party that is already being derided as ‘can do better as an opposition party.’

At a time like this, Osun comes to mind. APC must do all it takes, lawfully, to remain in power so as to prevent a reversal of the gains of the last seven years. Osun cannot withstand a repeat of the disaster of the years eaten by the locust, when our common patrimony was used to cater to the needs of some selfish few. It is common knowledge that all the gratuitous attacks, barefaced lies and harebrained fabrications against the Rauf Aregbesola-led government are mere samples of what to expect in next year’s governorship election. To be honest with ourselves, APC’s defeat in the last bye-election was facilitated from within by the Judas Iscariot who embraced coded languages to give performance a new meaning.The challenge of change, salary quagmire, even pensioners’ palaver played secondary roles.

With regard to 2018, all I see for the progressive in Osun is victory; and Aregbesola’s outstanding performance in office is an indication that the battle has already been won! But this is not to say that there won’t be challenges on the road to this assured victory. In any case, that’s the beauty of democracy! Anything short of that is a recipe for chaos! For instance, while no government has ever done a quarter of what this administration has done for Osun since its creation, it is rather unfortunate that Aregbesola is seen out there more as a ‘salary unpaying’ government than one that has turned the state into ‘construction site’. Sadly, too, while issues surrounding the salary challenge point in the direction of a national crisis, that some ‘food-for-the-stomach’, false democrats are insisting that Osun’s should be treated as a case in isolation is a mystery for students of political history to unravel.

So much has been said about democracy described by Abraham Lincoln as “the government of the people, by the people, and for the people.” But if this system of government thrives in a society characterized by formal equality of rights and privileges, why do Nigerians continue to suffer, irresistibly, from what Pius Adesanmi once referred to as “acute malaria”? When, for instance, KunleOlogundudu accused KayodeFayemi of using state funds to build mansions as well as run a private university, why did the electorate gullibly subscribe to the untruth without raising a finger? Similarly, why has Osun suddenly become the rumour capital of Nigeria and what’s being done to present issues as they are? When has it become a crime to democratically avoid the resurrection of a deadly Wike/Amaechi crisis or the replication of a ‘Tarka-me-I-Daboh-you’ Kwankwanso/Ganduje face-off in Osun? Apart from other laudable programmes undertaken by this administration, have we forgotten its noble contributions to the triumph of no fewer than 50 of our medical students in Ukraine?

More importantly, why have some quarters not appreciated Osun’s innovative means of alleviating the plight of its workers through its salary apportionment approach? With this regime in place, only a section of workers on grade level 12 and above (that is, about 20% of the state’s total workforce) have been receiving 50% of their gross salaries based on an agreement between the government and the labour union. “Outside that, officers on levels 8-10 receive 75 percent of their salaries while officers on levels 7 and below who constitute about 65% of the workforce receive their full pay.” Good to note also that “all workers in the state have received their salaries up to” July 2017 “in line with the agreement the government has with workers.” The fulfillment of its promise to pay the outstanding as soon as the financial fortunes of the state improve can be seen in the judicious disbursement of the second tranche of the Paris Club refunds.

Let’s come to the issue of “the same uniform”, a policy which, in more than a manner of speaking, elicits interesting ideas that should naturally tempt one into scrutinizing some important assumptions. Ignorantly or mischievously, Aregbesola’s traducers have not only forgotten the advantages that attended its implementation, they have also gone a step further to describe it as an ‘it can only happen in Osun’ affair. For the avoidance of doubt, “the same uniform” policy has long been in existence in countries like Australia, Brazil, Cambodia,Chile, China, Indonesia and Malaysia.

If the aforementioned countries are examples too far to cite, what of Ghana and Benin Republic, our next-door neighbours?

May principalities and powers, assigned to rubbish our leaders’ efforts, scatter!