State Assembly Poll: The Battle Ahead

By Adesewa Adekunle Sequel to the success recorded by the All Progressives Congress (APC) in last Saturday’s Presidential and National Assembly elections in the State of Osun, the task ahead is the battle for the control of the state legislative chamber. It was gathered that the opposition parties in the state were perplexed with the…”
Yusuf
featured hero Osun Politics 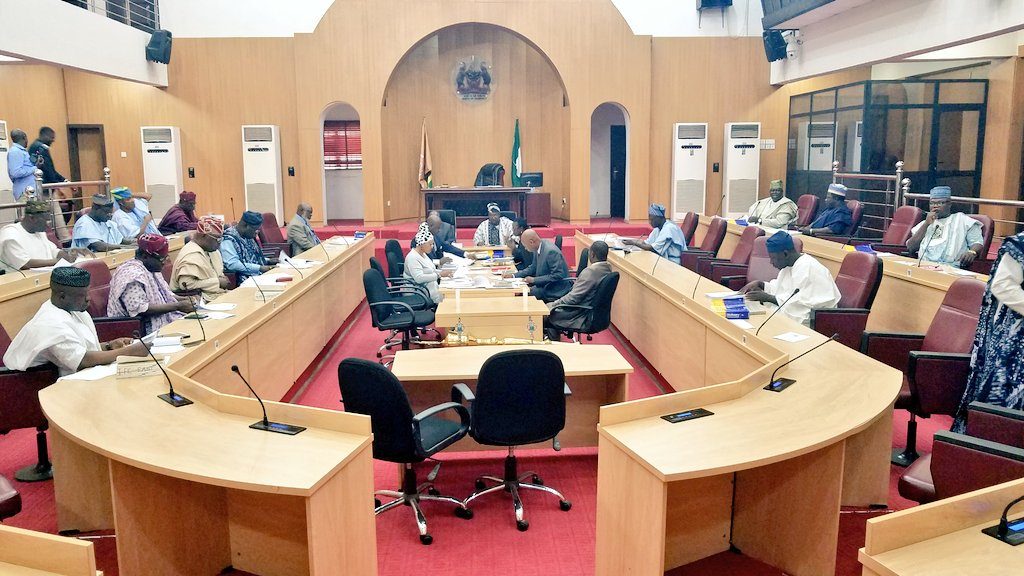 Sequel to the success recorded by the All Progressives Congress (APC) in last Saturday’s Presidential and National Assembly elections in the State of Osun, the task ahead is the battle for the control of the state legislative chamber.

It was gathered that the opposition parties in the state were perplexed with the performance of the APC in the poll and are battle ready to fight for the control of the Assembly in a bid to give the ruling party a run for its money.

Findings showed that the ruling party in the state, the APC, is committed to ensuring that it mobilises for its candidates, with a view to ensuring it has a majority in the next assembly.

However, with the outcome of last Saturday’s polls, the APC has the edge over the major opposition party and others in the state.

If the March 9 state Assembly election follows the same pattern, 14 seats are already guaranteed for the APC, while it will battle to claim its perceived strongholds in the Federal Constituencies won by the PDP. These include Ejigbo, Ife North, South and East among others.

The seats that the opposition PDP will be relying on already highlighted above, the APC lawmakers are currently occupying them, except in Ife Federal Constituency, where two (Ife East and Central) of the four seats are currently occupied by PDP members, and Ede North, where the occupants of the seat had joined the ADP from the APC.

However, a source inside government house told Osun Defender that the state governor is concerned about the composition of the state Assembly, hence, his commitment to the victory of the APC candidates in the March 9 election.

Another factor likely to determine the composition of the next assembly is the financial muscle of the parties contending for the seats.

Findings revealed that some of the electors in the state have resolved to vote for candidates who offer them the most attractive incentive.

Apart from Osogbo, Olorunda and other constituencies which are traditional APC dominated areas, the other local governments are battle grounds for the two major political parties in the state, as they are both poised to show their strength in the next four years.

A party source within the PDP confided in this medium that the party has seen its shortcomings in the just-concluded election and is strategising to make sure the assembly is not dominated by one party in the interest of democracy and the people of the state.

The source added that the party is determined to beat the APC at the game they played during the presidential and National Assembly elections.

Another interesting angle is that the election in the state is only for lawmakers as the state is exempted from governorship election, which is likely to influence the voting pattern of the electorates.

However, feelers indicate a lot of the voters are not concerned with who forms the majority but who will do their bidding at the polls.

How could the APC have lost in Ifeland during the presidential and national assembly elections? On paper in the immortalised words of the then Deputy Premier of the Western Region Chief Remi Fani-Kayode during the turbulent Western Region election of 1965, Ife district should have been a “sure banker” for the APC.

The performance of the All Progressives Congress (APC) should have been enhanced with the cross carpeting of former Deputy Governor of the State, Otunba Iyiola Omisore, from the Social Democratic Party (SDP) to the APC.

Osun Defender investigations revealed that dissension within the rank and file of the party, as well as self-centredness of individuals, completely factionalised the party with predictably disastrous effects. The party entered into the elections as a house divided, programmed to fail.

Investigations revealed that the party primaries divided the APC, as many of the followers complained about the choice of the party as candidates to fly its flag in the federal constituency election. Furthermore, the antecedents of these candidates came to bear as regards their relationship with groups, individuals and communities. Osun Defender investigations revealed that the opposition party’s candidate a young and energetic Taofeek Abimbola Ajilesoro, may be a green horn in the political terrain of Ife, but his consultations with the grassroot earned him the mandate, as voters ignored party affiliation and voted based on what they perceived as merit.

The question must be asked, as to why someone like Hon Segun Fanibe, who is also another popular Ife son and candidate of the Accord Party was not voted for? This is where the issue of the party comes to bear, as the personalities in individual parties, leadership and the familiarity of the people with a particular party played a significant role.

In another dimension, elite’ conspiracy played a critical role against the major personalities such as Otunba Omisore and Hon. Folorunso Bamisayemi.

It was revealed that since the leadership of the APC conferred the honour of being the leader of the party in Ife constituency on Otunba Omisore, some elites are of the opinion that he had always favoured non-indigenes against the wish of Ife people.

Secondly some queried the benefits which Ife as a whole had derived from the leadership stance of the former senator since his political sojourn till date in terms of attraction of both federal and state development to Ife constituency.

There was even a compilation of unfinished projects which he allegedly facilitated to Ife constituency and they are of the opinion that the Election Day is a pay day to reinforce their grievances.

To ensure victory of APC in the state assembly, some of the party faithful had advocated for sincerity on path of party leaders, that they should genuinely embrace and compliment effort of the new leadership in the area.

Also, this party needs intensive marketing of the candidates presented the House of Assembly in Ife Central, East and South Local Governments.

According to investigations, two of the candidates are not green horns in the political terrain of Ife Federal constituency but their antecedents as former councilors are not enough to earn them the positions.

While the third contestants needs to work more and assured voters in his constituency of his genuine intention as his main rival had contested many times and mastered the terrain.

For the APC to overcome its teething problem, the new and existing leadership structure in the land must work together to have a united house ahead of the polls.

Moreso, good relationship and accountability to the people of the constituency will boost the chances of the party in the land, as no member should be seen as infinitesimal, which resulted in the loss of experienced hands in the constituency.

Gone are the era when parties present candidates without strong personal relationship with the people who only depend on party mechanism to coast to victory in elections.