Spotlight On Coutinho And Sanchez

Pep Guardiola and Jurgen Klopp are proponents of crowd-pleasing attacking football which should make Saturday’s Premier League clash between Manchester City and Liverpool an eye-catching affair. However, both City’s Guardiola and Klopp at Liverpool are under pressure this season to turn the attractive styles into silverware. With both clubs on seven points and unbeaten after…”
Yusuf
Sports 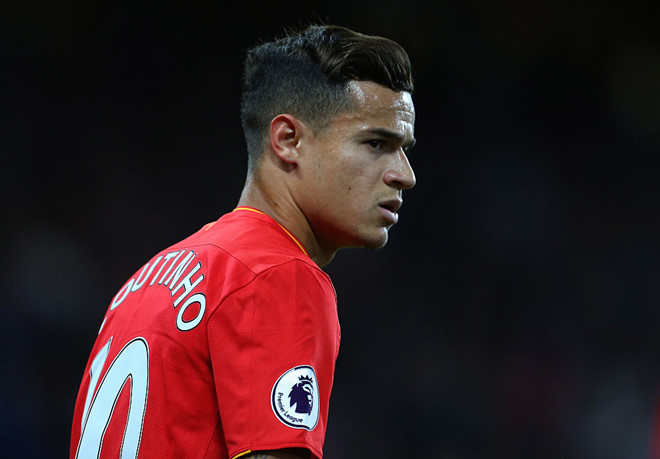 Pep Guardiola and Jurgen Klopp are proponents of crowd-pleasing attacking football which should make Saturday’s Premier League clash between Manchester City and Liverpool an eye-catching affair.

However, both City’s Guardiola and Klopp at Liverpool are under pressure this season to turn the attractive styles into silverware.

With both clubs on seven points and unbeaten after three matches, they will hope their players haven’t gone off the boil after being away on international duty.

Both trail Manchester United by two points with Jose Mourinho’s side, yet to concede a goal this season, away to an unpredictable Stoke managed by former United star Mark Hughes.

For several players it will be a case of starting competitive life with their new club — the transfer window having closed during the international break — or for some a case of turning out after their team refused to sell them.

Supersport.com looks at five players who made the headlines for better or for worse during that frenetic period:

BOY FROM BRAZIL
Philippe Coutinho could make his first appearance this season for Liverpool and interest will be focused on his mood after he failed to secure the move to Barcelona. Jurgen Klopp says that is all good with the 25-year-old Brazilian and he is not sulking, despite Liverpool rejecting several huge offers from Barcelona after he put in a transfer request. That bodes well for the German as he needs Coutinho fit and on top form if he is to have a chance of delivering their first Premier League title. He is most likely to start on the bench however.

Alexis Sanchez is even more integral to Arsenal and embattled manager Arsene Wenger’s hopes of silverware. However, the 28-year-old Chilean’s frame of mind, after Arsenal refused to let him leave for Manchester City, will be crucial as to whether they enjoy some success. A home match with Bournemouth, who have yet to earn a point this season, presents a golden opportunity for him and the Gunners to bounce back after the 4-0 drubbing they suffered at Liverpool which left Sanchez looking miserable. Wenger is certain Sanchez is in the right place mentally. “I have no doubt about Alexis’ mind and mentality,” said Wenger on Thursday.

SIGURDSSON UNDER PRESSURE TO DELIVER

Unlike Sanchez and Coutinho, Gylfi Sigurdsson succeeded in gaining the £45 million move he desired from Swansea to Everton. However, Everton fans will be looking for far better things, starting with Saturday’s home game with Tottenham, then the anonymous performance he put in in the limp 2-0 defeat to Chelsea. Spurs fans have bitter experience of Sigurdsson flattering to deceive when he was with them so Everton manager Ronald Koeman will hope that is an extra motivating factor for the Iceland international. Not least because the pressure is also on the Dutchman who made him his main target in the close-season.

SOBERING EXPERIENCE AHEAD FOR DRINKWATER

Timing is everything and Danny Drinkwater’s couldn’t have been worse for some as his first match for new club Chelsea could be on Saturday away to former employers Leicester. Despite his sterling performances when they won the title in 2016 Foxes fans are not so happy about him decamping to Chelsea, like his midfield partner N’Golo Kante the year before, for a reported £35 million. It could prove to be a baptism of fire for the 27-year-old if Antonio Conte throws him straight in and rests some players for the Champions League clash next Tuesday.

Alex Oxlade-Chamberlain will hope to find a joie de vie at Liverpool following his £35 million transfer from Arsenal. The 24-year-old England international, who apparently rejected the offer of higher wages from both Arsenal and Chelsea, should make his debut against City. He will hope his move has gained him a place in his preferred role in midfield — though Klopp has several options there — rather than wing-back where Wenger had played him in recent months.

“Why Messi Is Not Celebrating His Goals At Barcelona Anymore”- Coach