Worried about latest developments in the South-West ahead of the 2023 presidential election, some Yoruba leaders have begun moves to meet with Asiwaju Bola Tinubu, former Lagos State governor and presidential aspirant of the ruling All Progressives Congress (APC) over the declaration of Vice President Yemi Osinbajo, Daily Independent exclusively gathered. A prominent chieftain in…”
Victor
hero News 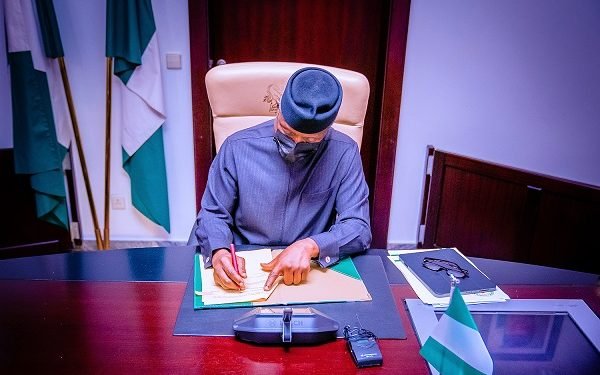 Worried about latest developments in the South-West ahead of the 2023 presidential election, some Yoruba leaders have begun moves to meet with Asiwaju Bola Tinubu, former Lagos State governor and presidential aspirant of the ruling All Progressives Congress (APC) over the declaration of Vice President Yemi Osinbajo, Daily Independent exclusively gathered.

A prominent chieftain in the South-West APC, who is aware of the development, informed Daily Independent that the move is being spearheaded by Chief Alani Akinrinade, a former Chief of Army Staff, and a prince from Ife who is the son of the late Ooni of Ife, Oba Adesoji Aderemi, popularly known as ‘Lanbua’.

According to him, the leaders are of the opinion that there is a need for the South-West to forge a common front by presenting a sole candidate from the region for the presidency as other regions may capitalise on the division to present a candidate who may eventually get the APC ticket.

He added that even before the formal declaration of the vice president to run for the presidency on APC platform last week, there has been a sharp division among his loyalists and those of Tinubu, a situation, he said, may not augur well for the South-West if not urgently addressed.

While some Tinubu’s former allies have come out to publicly identify with Osinbajo, others in Tinubu’s camp who are livid by the fact that the number two citizen wants to contest the presidency against his former boss and benefactor have accused him of betrayal, calling him names like Akintola and Judas.

However, our source said with the primary of the APC just few days away, some Yoruba leaders who are students of history do not want a repeat of the Dapo Sarumi and Femi Agbalajobi, both candidates of the Social Democratic Party (SDP), who were jostling to become Lagos State governor.

Squabbles by both aspirants for the party’s ticket and refusal to step down for each other led to their disqualification by the party which then presented another candidate, Yomi Edu.

However, the aggrieved supporters of the disqualified aspirants refused to vote for Edu and rather teamed up with Michael Otedola, the governorship candidate of the opposition, National Republican Convention (NRC).

Otedola won the election and became governor of Lagos State. He said, “If you have been following developments in the South-West even before the declaration of the vice president, you will agree that there has been a kind of sharp divide between these two prominent sons of Yorubaland, Asiwaju Tinubu and Vice President Osinbajo.

Rather than close up, that gulf has been further widened when he announced his intention to run last week.

“Yes, I am aware that General Akinrinade, a highly respected elder statesman is championing the move and I understand that their mission is to ensure that the South-West doesn’t lose this golden opportunity due to in-fighting.

“We understand that some people from other regions are watching with keen interests and even fanning the embers of these disagreement so that they can be the ultimate beneficiary while the South-West loses out.

“That is why General Akinrinade and the son of the former Ooni of Ife, popularly called Lambua in Ife, are going from place to place, identifying a number of Yoruba elders to try and go and talk to Asiwaju that there is no point dragging the issue of the primaries.

“It is important to rally support for one of his men, who is Osinbajo”.

They are also going to meet with prominent traditional rulers such as the Ooni of Ife, Alaafin of Oyo, Awujale of Ijebuland and others.

Your Own Aare Ona Kakanfo Must Not Seek War But Promote Peace; Aregbesola Tells Gani Adams