Sleep is undoubtedly one of physiology’s most mysterious but essential functions. We all need it, yet the exact reasons why it’s so important are still being debated. What we do know is that sleep is important for memory consolidation; it also seems to afford the brain time to clear out toxins that built up throughout…”
Editor
News 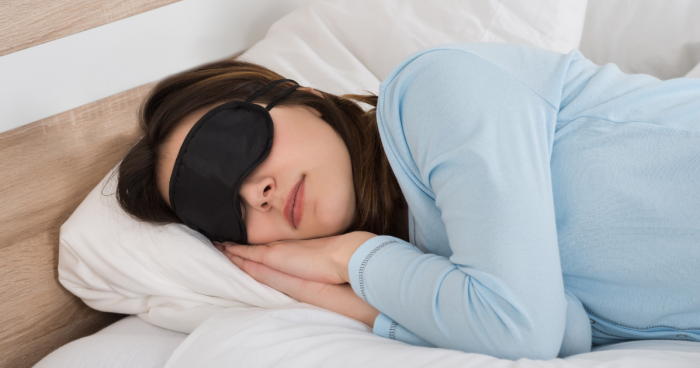 Sleep is undoubtedly one of physiology’s most mysterious but essential functions. We all need it, yet the exact reasons why it’s so important are still being debated.

What we do know is that sleep is important for memory consolidation; it also seems to afford the brain time to clear out toxins that built up throughout the day.

A lack of sleep has a two-way relationship with psychiatric conditions: sleep disturbance can be caused by mental illness, and sleep deprivation can exacerbate, or even cause, mental illnesses.

Physically, sleep allows the body to recuperate; for instance, muscles are given time to heal and grow.

Sleep deprivation is considered to be a large-scale concern in the United States. Due to a range of factors — including excessive screen time, artificial lighting, busy lives, and hectic jobs — around 1 in 3 people in the U.S. do not get the recommended 7 hours of sleep each night.

Scientists are still unraveling this epidemic’s potential consequences on health.

Studies have already shown that people who do not get enough sleep are more likely to eat more, exercise less, and put on excess weight.

Studies have also shown an increased risk of diabetes, but exactly why diabetes might occur has not been understood.

A recent study found a relationship between poor sleep and wound healing in type 2 diabetes.

A new study expands on our understanding of this relationship. The authors of the latest study, at Toho University Graduate School of Medicine in Japan, explain further, saying:

“It was not clear whether glucose intolerance was due to the changes in food intake or energy expenditure or to the sleep deprivation itself.”

In other words, are the changes in diet and exercise related to poor sleep the reason for a rise in diabetes risk, or is something else at work? The researchers set out to understand exactly why sleep deprivation might undermine insulin sensitivity.

To do so, they used a mouse model, focusing on changes in their livers. For just 1 night, they kept half of the mice awake for 6 hours during their usual sleep time.

The scientists observed the mice carefully and, every time they appeared to be dozing off, they would gently handle or touch them. In this way, they kept them awake without causing undue stress to the animal.

To pick apart the impact of lifestyle factors, for 2 weeks before the study began, all mice were given access to unlimited high-fat food and sugar water; also, the mice had their movement restricted.

This way, the researchers could observe the effect of sleep deprivation in isolation because, whether the mice had slept or not, they were fed similar diets and could not exercise.

Their findings are now published in the American Journal of Physiology: Endocrinology and Metabolism.

Immediately after the sleep intervention, the scientists measured glucose levels and fat content in the liver. They found elevated blood glucose in the liver of sleep-deprived rats. These changes were significant after just one 6-hour period of sleep deprivation.

The researchers also measured triglyceride levels in the liver because an increase in production is associated with an increase in insulin resistance, or an inability to process insulin correctly. As expected, in the sleep-deprived rats, levels were elevated.

Also, in the sleep-deprived mice, the investigators measured changes in liver enzymes that are associated with metabolism. The authors believe that these may be the root cause of insulin resistance and buildup of fat in the liver.

The authors conclude that sleep deprivation is, therefore, a risk factor for diabetes, regardless of changes in activity and diet. If this is the case, and further studies back up the findings, ensuring that people with increased diabetes risk have a good sleep routine could be vital.