By Most Rev. John Akin Oyejola Introduction “WE adore you, O Christ and we praise You, because by your Holy Cross you have redeemed the world” is the familiar statement we utter at the beginning of our reflection for each station during the devotional exercise of the Stations of the Cross. The expression succinctly…”
Yusuf
featured hero Op-Ed 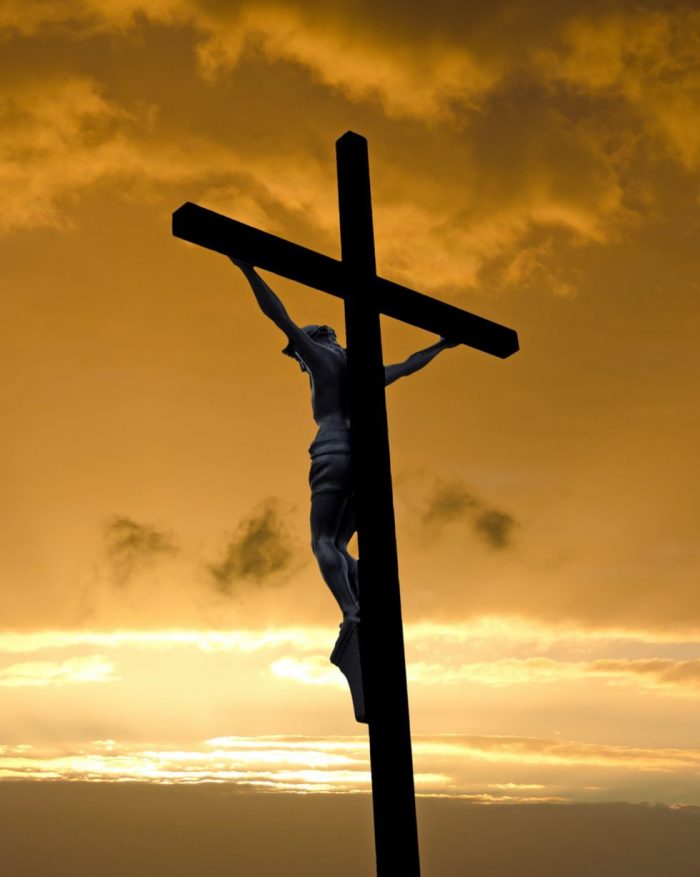 By Most Rev. John Akin Oyejola

“WE adore you, O Christ and we praise You, because by your Holy Cross you have redeemed the world” is the familiar statement we utter at the beginning of our reflection for each station during the devotional exercise of the Stations of the Cross. The expression succinctly captures the significance of Good Friday sacred ceremonies. On Good Friday, we prayerfully recollect the passion and death of Christ for the salvation of the world.

Christ came into the world and took on our human nature in other to die on the cross for the salvation of the world. The gospel of Luke 18:31-33, shows that Christ knew he was going to Jerusalem to die and he told his disciples about the event. Jesus then took the 12 aside and told them: “Now, we are going to Jerusalem and everything the Prophets have written about the Son Man will be fulfilled. He will be handed over to the gentiles. People will mock Him, insult Him and spit on Him. After they have scourged Him, they will kill Him, but he will rise up on the third day.”  The gospel of Matthew 20:18-19, is more explicit about those that would be responsible for the death of Christ and the manner of death. “See, we are going to Jerusalem. There the Son of Man will be given over to the chief priests and teachers of the Law who will condemn Him to death. They will hand him over to the foreigners who will make fun of him, scourge him and crucify him. But he will be raised to life on the third day.” All predicted events happened to Christ on Good Friday according to the plan and will of God for Him.

The cross was an ancient instrument of execution, originally, it was an upright stake to which the corpse of an executed criminal was bound for public display or on which the living body of a condemned person was affixed to await death. For public execution on the cross, the offender would carry the cross to the place of execution which Christ did; He would be stripped and flogged severely. These they did to Jesus. The arms of the executed person are then nailed to the cross as well as the legs because deterrence was a primary objective of execution on the cross, the cross was usually erected in a public place. Death would come to the executed person slowly, after few days, as a result of cumulative impact of thirst, hunger, exhaustion, exposure and traumatic effects of scourge. Christ Jesus went through all these on Good Friday for the remission of our sins. Cf. Mark 15: 24, Luke 24: 39.

The Jewish religious leaders, the council of Sanhedrin had arrested Jesus and charged Him for blasphemy and for claiming to be “the Son of God.” This ordinarily was not an offence punishable by death under the Roman Law, however, when the Jewish leaders took Jesus to Pilate he was charged with treason. According to them, he claimed to be the “King of the Jews” and that he forbade people from paying taxes to Caesar, these were political crimes of high treason, a direct threat to the sovereignty of the Roman Emperor. That was the reason why Pilate the Roman Governor who sentenced Jesus to death despite the fact that he knew he was innocent wrote the inscription on top of his cross “The King of the Jews” cf. Mathew 27: 37.

Good Friday opens our hearts to the limitless love of God who offers His only begotten Son as the atonement for the sins of the world. It also opens to us the unquantifiable love of Jesus for mankind, one who laid down his life willingly to restore lost humanity back to God, the Father. “No greater love can a man have than to lay down his life for his friends” he said.  Jesus’s anguish, sorrow, and rejection by the people He loved and served till death show the pathetic conditions of the human souls; the ungratefulness and wickedness that permeate human existence.

On good Friday, we see Christ overwhelmed by the burden of the human nature He assumed, He fell three times under the weight of the heavy cross He carried, we must note He has the same glory with God the Father,  He has the same nature with God Almighty but did not count His equality with God something to grasped, He humbled himself up to the point of dying on the cross. Philippians 2: 6-8. He offers us lessons in humility and total obedience to the will of God. Earthly glory and allurements must not take away our gaze from the heavenly glory.

The cross on Good Friday is our sign post, our reference point of close affinity with Jesus and faith in Him. We venerate the cross, we honour the cross of Jesus and adore Christ crucified without shame or apology to anyone. We proclaim without inhibition that Cross less Christianity is fake and does not represent Christ. “The language of the cross remains nonsense for those who are being lost. Yet for us who are being saved, it is the power of God” (1 Corinthians 1: 18). St Paul goes further to state that while the Jews ask for miracles and the Greeks ask for higher knowledge, we proclaim the Messiah crucified. For the Jews a scandal and for the Greeks nonsense! But he is Christ the power of God. cf. 1 Corinthians 1: 22 – 24.

Christ instructs us to carry our crosses and follow him daily. cf. Matthew 16: 24 -26. We are expected to crucify our passions and put to death in us whatever is sinful. cf. Galatians 5: 24. We are not expected to be mere spectators at the foot of the cross, we must be involved in the mystery and make it ours. Through the cross, God shows that divine strength is paradoxically revealed in weakness (1 Cor. 1: 18-25).

Finally, the cross is not only a comfort to the oppressed, whose sufferings imitate crucifixion and who can hope to share the resurrection of Christ, but it also becomes a behavioural model as it symbolizes obedience to the will of God and imitation of Christ who humbled himself to the point of death (Philippians  2: 5-11).

May the grace and blessings of Good Friday be with you all. May God inspire our hearts and enlighten our minds to be attentive to the message of the Cross and accept it wholeheartedly through Christ our Lord amen.

Aregbesola, I and the APC Owe Our Lives To The Man On The Streets – Osinbajo