By Fatai Akanji and Sodiq Yusuf   It is an incontestible fact that women are the pillars of the home. The reason for this is not far-fetched, it is so due to the significant roles they play in the safeguard of the home front for men.   Another undeniable fact is that Women are…”
Olamide
hero News 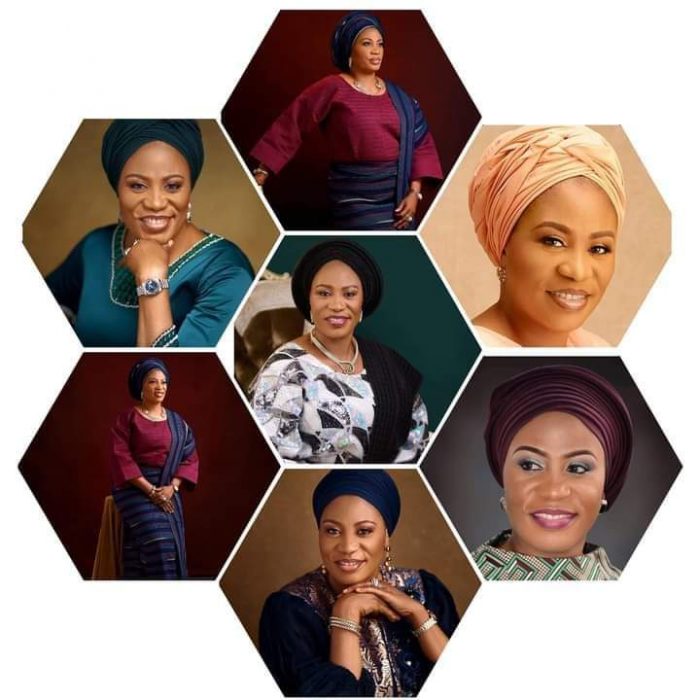 By Fatai Akanji and Sodiq Yusuf

It is an incontestible fact that women are the pillars of the home. The reason for this is not far-fetched, it is so due to the significant roles they play in the safeguard of the home front for men.

Another undeniable fact is that Women are quintessential elements of society. They contribute in no small measure to the growth, development and the raising of generations after generations. Apart from providing the needed support for their husbands, they are also a strong force in the society whose impact cannot be taken with levity.

For centuries, there are Women who despite their huge responsibilities at their primary place of assignment, the home, have grown in leaps and bounds to become successful, nation builders and of essential contributions to the growth and development of the world.

One of such women is Sherifat Abidemi Aregbesola. An amazon and veritable role model in nation building, having a caring heart for the family and one with golden imprints wherever she is.

Born in Ijagbo town of Kwara state, in 1960, Sherifat is a graduate of Catering and Hotel Management from the Lagos State Polytechnic. Her professional experience spans industries including the Hospitality, Print, Aviation and Education sectors.

Before her emergence as the First Lady of the State of Osun while her husband, Ogbeni Rauf Aregbesola, the current Minister of Interior held sway as the Chief Executive of the state, Mrs Aregbesola had been a symbol of motherhood and an exceptionally supportive wife to her husband.

Throughout the administration, Sherifat Aregbesola showcased an exemplary profile of Mother to all. She was an epitome of care and love as the chief host in the State Government House.

Her concern for the welfare and happiness of people prompted her to establish a Foundation named Sheri Care Foundation with the acronym (SCARF), with its activities revolving around care for the aged, the needy, people with physical challenges, widows and the young ones one that transcended the administration with the last being her intervention to provide palliatives for the people of Alimosho Local Government of Lagos state, Ilesa East of the State of Osun and Ijagbo of Kwara state to cushion the effect of the total lockdown declared to curb the spread of COVID-19 in May, 2020.

Because of her special interest in the issues of Environmental Conservation especially Climate Change and Environmental Sanitation, Sherifat devoted a lot of her energy, resources and time to a statewide grassroots campaign to bring about attitudinal change among people in the area of Total Community Sanitation.

Her focus as Wife of the Governor is to Engender Total Community Sanitation assisted in making many communities in the state engage in self corrective measures by constructing indigenous and affordable toilet facilities in their homes and communities thereby reducing diseases associated with the unclean practice of Open Defecation.

As a testimony to this laudable effort in the area of Sanitation, Abidemi was recognized by the United Nations Children’s Fund (UNICEF), and was the only UNICEF Ambassador for CLTS (Community Led Total Sanitation) in Nigeria.

All these and more speak about a woman who cherishes passion for excellence, service delivery and in all, the development of humanity.

One of the most defining moments of her marriage with Ogbeni Aregbesola was the period while her husband fought to reclaim his stolen mandate. The time was defining such that when her husband was threatened and left home for months, she was able to rally the family and gave the needed moral support to the 4th Civilian Governor of Osun.

Sherifat is a doyen of motherhood as she represents one, who has held her family together, and ensured that the home front is serene enough for Aregbesola, to blossom in his political career.

There is a certain strength in a mother that is not always appreciated but as they grow older and wiser, people tend to notice and there extend their level of appreciation to them.

As the jewel of inestimable value to Ogbeni Rauf Aregbesola, the symbol of good governance adds a year, we, the entire crew of Osun Defender online wish the founder of SCARF a blissful and rewarding 62.

N-Korean Group Speaks, Says US Be Turned To “Ashes And Darkness”