Serena Williams To Return To Tennis In Abu Dhabi Exhibition 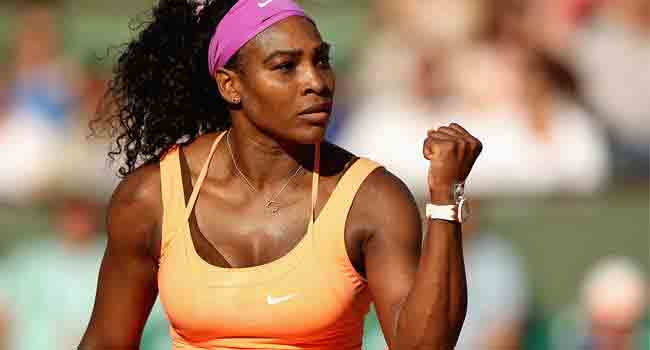 Former world number one Serena Williams will make her much-anticipated competitive return with an exhibition match on the final day of the Mubadala exhibition event on December 30, tournament organisers announced Sunday.

Williams won the Australian Open 11 months ago but has not played since because of pregnancy and the birth of her first child, Alexis Olympia, in September. She has since fallen to 22 in the WTA rankings.

The American, who has never played the 20-year-old Ostapenko, will face the Latvian in the tournament’s first ever women’s match.

“I am delighted to be returning to the court in Abu Dhabi for the first time since the birth of my daughter,” she said in a statement on the tournament’s website.

“The Mubadala World Tennis Championship has long marked the beginning of the men’s global tennis season and I am excited and honoured to be making my comeback as part of the first women to participate in the event.”

The six-strong men’s field in Abu Dhabi features former world number one Novak Djokovic, who will also be making his comeback.

The Serb has not played competitively since his quarter-final loss at Wimbledon in July because of an elbow injury.

Champions League: Ronaldo Is Not Finished, PSG Will Pay Particular Attention To Him – Mbappe

They Don’t Deserve to Win- Mourinho