Efforts to clear the London Tower Block and account for the bodies of victims is still ongoing, as sources say it might take weeks to have the building totally cleared. Firefighters searched for bodies today Thursday in the tower block gutted by a blaze that has already left 12 dead, as questions grew over whether…”
Editor
World News 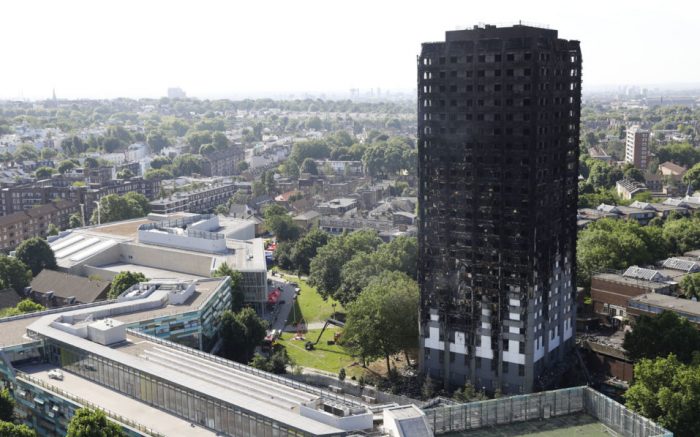 Efforts to clear the London Tower Block and account for the bodies of victims is still ongoing, as sources say it might take weeks to have the building totally cleared. Firefighters searched for bodies today Thursday in the tower block gutted by a blaze that has already left 12 dead, as questions grew over whether a refurbishment had contributed to the disaster.

The death toll was expected to rise further as crews picked their way through the blackened skeleton of the 24-storey Grenfell Tower, home to around 600 people and the scene of horror on Tuesday night.

Fire Commissioner Dany Cotton said parts of the building remained unsafe and it would take a long time to complete a detailed search of every floor.

She told Sky News there were still “unknown numbers” of people inside, but “it will be an absolute miracle for anyone to be left alive”.

“It will take weeks before this building is cleared and truly searched properly,” she said.

Whole families remain missing after the fire swept up the local authority building, forcing residents to flee through black smoke down the single stairwell, jump out a window or even drop their children to safety.

Questions are growing about how the flames spread so quickly, engulfing its 120 apartments in what fire chiefs said was an unprecedented blaze.

The focus centres on the cladding fitted to external walls on the 1970s concrete block, as part of a £8.7-million ($11 million, 9.9 million euros) refit completed only last year.

According to the BBC, the cladding had a plastic core, and was similar to that used by high-rise buildings in France, the United Arab Emirates and Australia which had also suffered fires that spread.

Rydon, the firm responsible for the refit, said the project “met all required building regulations”.

Harley Facades, which fitted the panels, told the BBC: “At this time, we are not aware of any link between the fire and the exterior cladding to the tower.”

Prime Minister Theresa May said there would be an investigation into the cause of the “appalling tragedy”, once the last bodies had been recovered.

Helplessly watching
Grenfell Tower looms over a social housing estate in north Kensington, just streets away from some of the most expensive homes in the world in Notting Hill.

The area has a large immigrant population, but many families have lived in the area for years, passing their low-rent homes onto their children.

Eyewitnesses told how residents in the upper floors shone their mobile phone torches to attract attention, before they disappeared from the windows, their screams of help falling silent.

“We saw them dying,” said Adi Estu, 32, who was evacuated from her home nearby.

Some desperate people reportedly jumped from the windows, while one woman, Samira Lamrani, said she saw a woman drop a baby from the ninth or 10th floor, for the child to be caught by a man below.

The fire triggered a wave of mourning in a country already battered by a string of terror attacks.

More than £480,000 had been raised online for the victims by Thursday morning, while local community centres were inundated by donations of clothes and food.

Volunteers in the city of Glasgow — 550 kilometres (350 miles) away — sent a truck laden with nappies and other supplies.