Sealed! Omisore To Contest Under SDP

By Kazeem Mohammed It seems that the door for reconciliation in the Osun chapter of the Peoples Democratic Party (PDP) has finally been shut, as it has now been concluded and sealed that the former deputy governor of the State of Osun, Senator Iyiola Omisore would prosecute his governorship ambition under the platform of the…”
Editor
News Osun 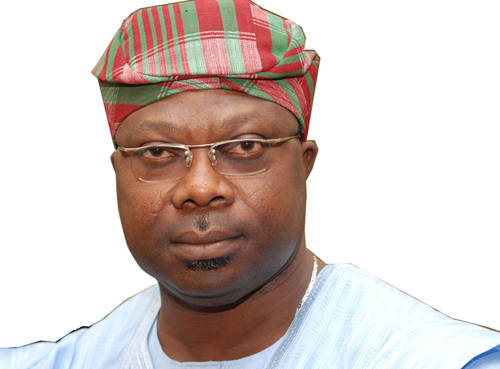 It seems that the door for reconciliation in the Osun chapter of the Peoples Democratic Party (PDP) has finally been shut, as it has now been concluded and sealed that the former deputy governor of the State of Osun, Senator Iyiola Omisore would prosecute his governorship ambition under the platform of the Social Democratic Party (SDP).

The embattled Chairman of the Omisore faction of the PDP, Dr Bayo Faforiji confirmed this during a telephone conversation with OSUN DEFENDER Newspaper on Wednesday.

Upon enquiry, Faforiji said, “Yes, it is true, we are moving to the SDP and that is the platform Senator Omisore will use to prosecute his governorship ambition come September 22. We will contest on that platform.

According to him, even if the SDP does not have the structure on ground before now, Omisore’s name, as a grassroot politician and his followers across all the polling units, wards and local governments would take care of the situation by using their political mobilization  strategy and structures already on ground.

“We have the structures to prosecute the ambition. Go to any unit and ward in this state and ask for Omisore followers who were formally in PDP and that will answer the question of structure.

“If the SDP does not have structure on ground, we, that are going there have the structure in every unit, every ward and every local government.

“Whether Omisore is sellable to the people of Osun or not, let the electorate decide that. The 250,000 votes that we got in the 2014 governorship election, were they not members of the electorate, are they not there again?

“Whoever is saying that he is not sellable, let them pick their own candidate and let the people decide. By the grace of God, we are convinced that Senator Omisore will emerge as the governor of Osun”.

Faforiji said that there will be formal declaration for the SDP soon, saying, “may be by next week or I should just say before the end of the month”.

It would be recalled that the insistence of the former deputy governor to contest for the governorship seat again has tore his former party, PDP apart, as a faction of the party which claimed to have the majority insisted that he is not a sellable candidate.

Recently the followers of Omisore tore the party flag of the PDP at the factional secretariat of the party at Ogo-Oluwa, a situation that triggered rumour that he has pitched his tent with the Accord Party.

Some former political office holders in the state, who are members of the PDP had subsequently berated Omisore for the action, demanding that he must be punished for his misdeeds.

They said that with or without Omisore, the PDP would produce the next governor of the state.

Reacting on the rumour of defection or suspension of Senator Omisore from the party, the state PDP Chairman, Honourable Soji Adagunodo said: “As I speak, Otunba Iyiola Omisore is one of our revered leaders and the party is in the process of reconciliation.

“We cannot be thinking of reconciliation and at the same time thinking of suspension of some people. We hope he reasons along with the leadership and join hands with us to move the party forward.”

Nigeria Will Bounce Back, SRJ Assures At Easter