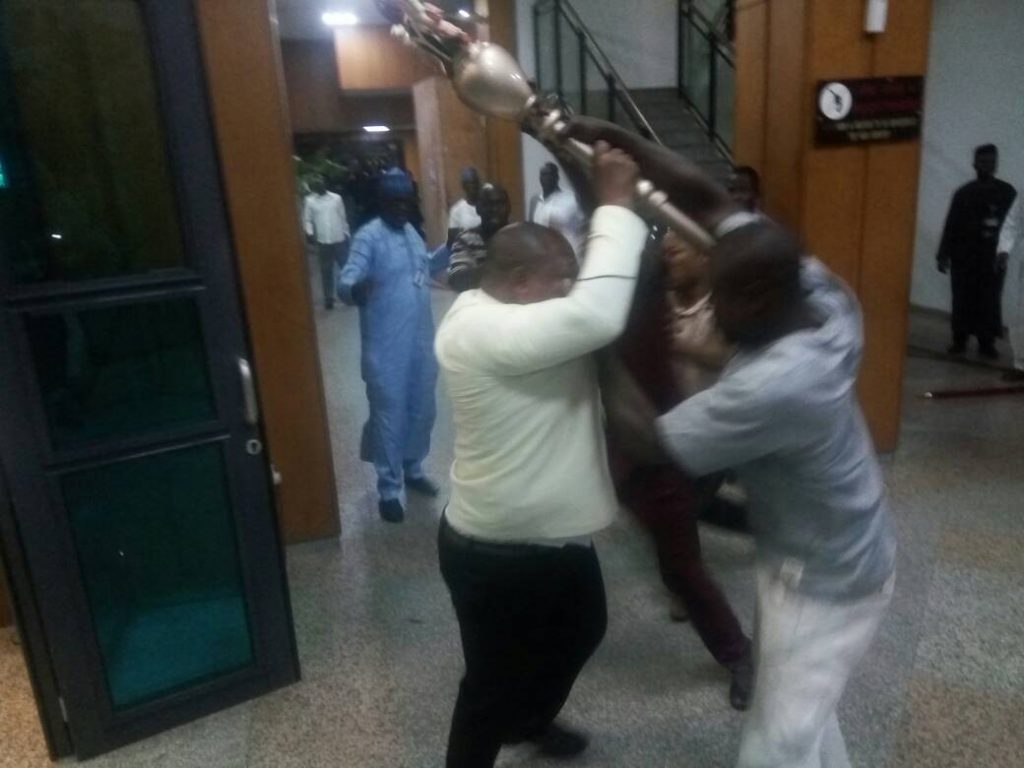 Saraki said that the Senate Ad Hoc Committee was inaugurated to investigate the Incident of the Senate chamber invasion on Wednesday the 18th of April 2018.

He noted that the events of the 18th of April 2018 will go down as “one of the darkest days of our democracy.”

“This should not happen. It should never have happened. The violation of this solemn place, the symbol of our liberty to have a government by the representatives of our people for our people by a group of mobsters and criminals cannot simply be ignored. It has been inferred in many quarters that this group of thugs and urchins were led by a serving distinguished Senator of the Federal Republic of Nigeria, is most despicable and unspeakable.

“This is a duty that must be achieved. We cannot let a precedence proceed from this. Everyone involved from conception to execution of this heinous crime must be brought to book.

“To the Committee, I make this charge to be thorough, fair and courageous in the discharge of this assignment.

“The Senate has deliberately considered your pedigree for this assignment, knowing fully well the enormity of the job ahead. You have been chosen also because we have a great task ahead, to think outside of the box to take lawmaking back to the people through creative interventions.

“This Senate looks up to you to do the nation proud. This Senate has confidence that you will discharge your duties with responsibility and probity.

“May I use this opportunity to commend the Clerk of the National Assembly, National Assembly Management and distinguished senators who have worked to ensure that this inauguration is achieved. I wish the committee success.”