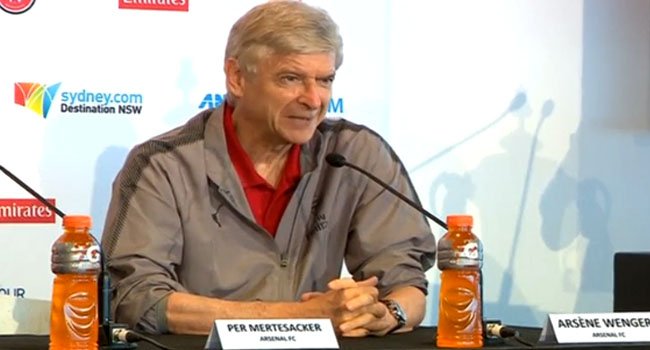 Sanchez’s commitment has been questioned this season following his failure to reach agreement with the north London club about an extension to his current contract that expires at the end of this season.

Wenger believes the player’s performance at Selhurst Park showed there has been no let up in the player’s effort, but with the January transfer window about to open, has no idea about the player’s next move.

Sanchez scored his first goal in the 62nd minute but not all his team-mates celebrated the strike with him.

“First of all nobody knows what will happen really,” said Wenger.

“It’s difficult to speculate. At the moment we are focused on short-term, that means the next game (against West Bromwich Albion on Sunday) with the players committed and ready to fight.

“It’s not a guarantee of how long you stay somewhere. As long as you are somewhere, you give your best.

“I felt he was very good tonight from the first minute on, focused on the game. This kind of Sanchez is a great football player, as we know. That’s the kind of performance we want from him.”

Chelsea, Tottenham Line-Up For PFA Team of the Year Award