The social media outburst on Alexis Sanchez’s high-profile move to Manchester United reduced the on Neymar’s transfer from Barcelona to PSG, said Ed Woodward, the Manchester United Chairman Sanchez moved to Old Trafford from Arsenal last month in a swap deal that saw Henrikh Mkhitaryan go the other way and has made an immediate impact…”
Editor
Sports 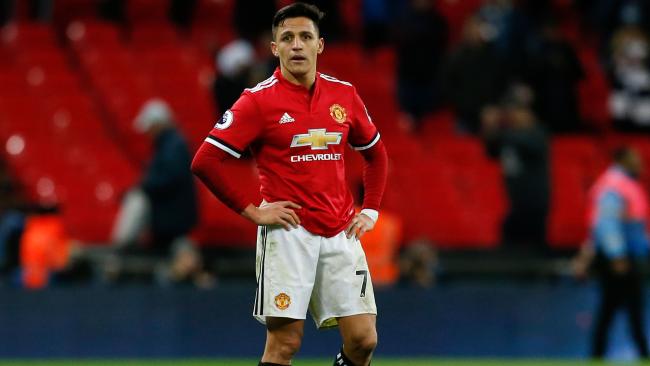 Sanchez moved to Old Trafford from Arsenal last month in a swap deal that saw Henrikh Mkhitaryan go the other way and has made an immediate impact on and off the pitch, scoring on his debut game and also having the record of the highest shirt sales.

“Last month we further invested in the future of the club by extending Jose Mourinho’s contract and entering into an exchange agreement with Arsenal swapping Mkhitaryan for Sanchez, strengthening Jose’s attacking options.”

He said the signing generated some striking social media statistics.

“To put all that into context, the announcement posts generated 75 per cent more interaction than the sale of the world’s most expensive player last summer when Neymar moved from Barcelona to PSG.”

United blamed US President Donald Trump’s corporate tax reforms as the reason for a £29m second-quarter loss to the end of December 2017, despite a boom in broadcast income.

American-owned United said an exceptional “accounting write-off of £48.8m” had been made with the US corporate tax rate set to tumble from 35 per cent to 21 per cent following Trump’s substantive enactment of US tax reform in December.

Several large corporations have signalled that the law will result in a short-term hit on earnings repatriated from overseas and due to revaluation of assets.

United, who recently retained their place at the top of Deloitte’s Money League, saw broadcast income rise 17.3 percent to £61.6m thanks in large part to the club’s return to the Champions League.

Total revenue for the quarter was up nearly four percent from last year to £163.9 million.

Another wave of TV cash could be around the corner, with bids for a new three-year cycle for Premier League TV rights in Britain from 2019-2022 to be presented on Friday.

The Premier League is aiming to build on the record £5.14bn  three-year domestic television deal with Sky Sports and BT Sport, which runs until 2019.

Mourinho Say’s His Team Is Better Than Last Year