Sadly, We Lost The War By Eric Teniola

On Tuesday March 20 1984, the Chief of Staff Supreme Headquarters, Brigadier General Babatunde Abdulbaki Idiagbon (1943-1999) launched the National Consciousness and Mobilisation Crusade. That was over 34years ago during the tenure of Major General Muhammadu Buhari as head of State. Brigadier Idiagbon was the number two man during that time. The campaign was later…”
Yusuf
Op-Ed 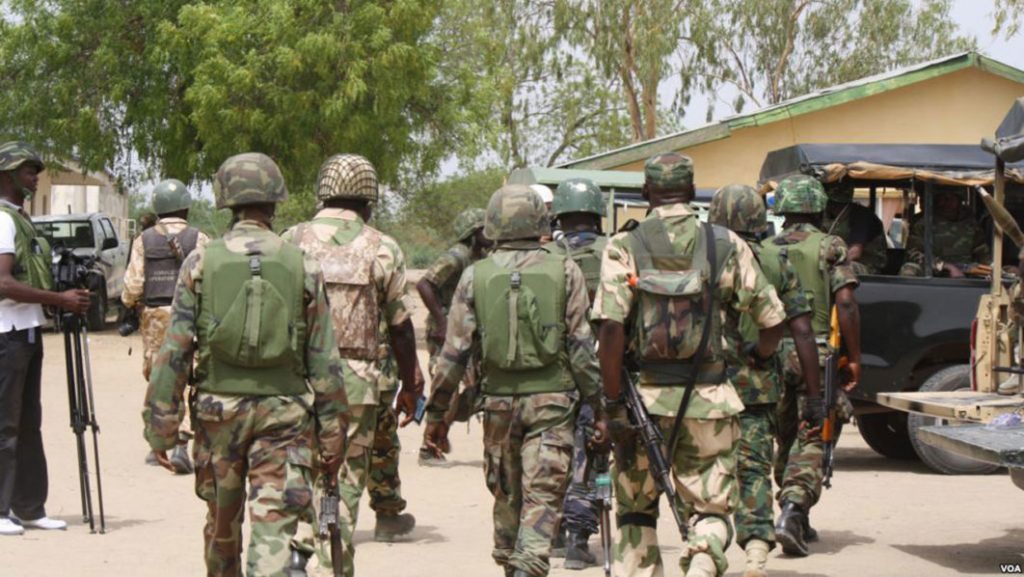 That was over 34years ago during the tenure of Major General Muhammadu Buhari as head of State. Brigadier Idiagbon was the number two man during that time.

The campaign was later renamed by the media as War Against Indiscipline. The launching took place at the National Theatre, Iganmu, Lagos. Present at the ceremony were the then Chief of Army Staff, Major General Ibrahim Babangida, the Minister of Information, Social Development, Youth, Sports and Culture, Group Captain Samson Emeka Omeruah (1943-2006) and the then Inspector General of Police, Mr. Etim Okon Inyang (1931-2016).

The War Against Indiscipline campaign was welcomed by most Nigerians at that time for too long this country has drifted so aimlessly that it reached the point where negative values were the norm. Before then it was normal to jump queues, disregard law and order, flout the traditional norms and principles of our culture, develop criminal tendencies, engage in ostentatious living, sabotage the economy, until the whole country began gradually to be engulfed in terrorism and insecurity of life and property.

Every concerned Nigerian then talked about this dreaded malaise that had descended on the body politic but no one had an idea how to set about eradicating it. The problem was too gigantic even to contemplate.

It was left to the indomitable courage of the then military administration to crystalise a plan of action that would involve the entire nation down to the grassroots in an effective crusade guaranteed to eradicate these chronic ills forever.

At that time the constitution was suspended and there was no national assembly, which is presently draining the nation’s economy. So it was easy for such a campaign to be launched.

The ills of the society at that time centered around one word INDISCIPLINE-personal, moral and environmental. Personal Indiscipline include queuing, work ethics, that is socializing at work, malingering and loitering, Patriotism- National Symbols, that is Anthem, Pledge, Flag and Coat of Arms, Littering, Road Courtesy, Obeying rules and regulations, Self-Control, Drunkenness, Drug Addiction, Dishonesty, Vandalism and Armed robbery.

In launching the campaign, Brigadier Idiagbon declared “Yet without discipline in the society at large, the country would degenerate into a jungle where respect for law and order is disregarded, traditional norms and principles are cast aside, criminal tendencies find fertile ground to flourish, and a sense of insecurity of life and property haunts the citizens.

“Our society must never be allowed to degenerate into such a hopeless situation, a jungle where only the finest can survive. The battle to bring sanity to our society is, therefore, the battle to replace indiscipline with discipline. Military interventions in the political life of our country at different periods of our history were— to a large extent— motivated by a sense of mission to infuse discipline into all facets of our national life.

“I want you to bear in mind the need to emphasise self-discipline and leadership by good example. Begin by drawing public attention to little but important everyday manifestations of indiscipline, such as rushing into buses, driving on the wrong side of the road, littering the streets, parks and dwelling compounds, cheating, taking undue advantage of scarcity to inflate prices for quick monetary gains, constituting ourselves into public nuisances, working without commitment, devoting little or no time to the upbringing of our children”.

Posters, radio and television jingles, bill boards were used as vehicles for the campaign which was launched in the nineteen states capital. WAI brigades were formed.

It was as if the nation woke up from slumber. Many Nigerians welcomed the campaign including the media. Many thought we were on our way to achieving sanity in our society. The nation was gripped by the campaign and with a possibility that a sane society could be achieved in Nigeria.

Those who enjoyed the campaign and are still alive today remember with nostalgia what War Against Indiscipline really meant.

The war on indiscipline lasted for sixteen months for on August 27 1985, General Buhari’s government was overthrown by General Ibrahim Babangida and a greater part of the momentum on War Against Indiscipline was lost.

General Babangida replaced the War Against Indiscipline with Mass Mobilisation for Self-Reliance, Social Justice, and Economic Recovery (MAMSER), following the recommendation by the political bureau headed by Dr. Samuel Joseph Cookey. MAMSER which is still in existence, was not inaugurated until July 25, 1987.

General Babangida then brought Senator Jerry Gana, who was in the senate for less than three months in 1983 to head the body and Professor Tunde Adeniran, Ken Saro Wiwa, Molara Ogundipe-Leslie and Senator Jonathan Zwingina to be part of the organization.

Had the War Against Indiscipline not been halted, the near anarchy we have in the country now could have been avoided.

Nigeria’s Corruption Problem: Is Getting Worse A Step To Getting Better? By Uche Igwe

Before It Kills Us, Let’s Kill Fake News By Yekeen Akinwale