Russia on Monday announced a deaf white cat who lives in Saint Petersburg’s historic Hermitage Museum as its official prognosticator for the World Cup’ Achilles the Cat will hope to repeat the legendary and superb exploits of Paul the Octopus and other “psychic” animals tasked with predicting winners of football’s showpiece event. “We will hold…”
Editor
Sports 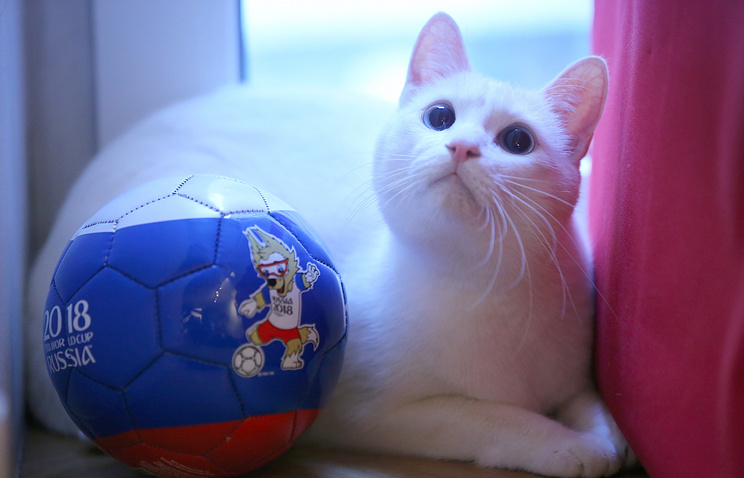 Achilles the Cat will hope to repeat the legendary and superb exploits of Paul the Octopus and other “psychic” animals tasked with predicting winners of football’s showpiece event.

The fact that Russia’s most fabled collection of art has a spokeswoman for cats may be news to some.

The cats were first brought to the Hermitage when Peter the Great made its Winter Palace into the new imperial home in the 17th century.

Empress Elizabeth of Russia eventually issued a decree demanding “the shipment of cats to the court”.

The Hermitage was turned into a private art collection after Catherine the Great’s death in 1796.

It was not immediately clear how well he did.

But the 4.7-kilogramme (10.4-pound) feline would have to be in top form to repeat Paul the Octopus’s correct prediction of all seven German wins at the 2010 World Cup.

The octopus also correctly picked final winner Spain by settling its tentacles over the Spanish flag when it was lowered into Paul’s tank.

Achilles’s selection process will be less dramatic: the cat will simply sticks his snout into the winning bowl of food.

“Achilles was born deaf, which may explain his heightened intuition,” R-Sport wrote.

Nobody Knows Joshua In America – Wilder

Nigeria Play Goalless Draw With Zimbabwe In Warm Up Match