Rt Hon. Deputy Speaker Sir; On Your Claim Over Infrastructures And Economic Developments In Osun, I Rule You Out Of Order

By Adeboye Adebayo   I crave the indulgence of my numerous readers to please permit me to wish Hon. Lasun Yusuf a happy 57th birthday in arrears again through this medium, many happy returns sir.   Rt Hon. Suleimon Olasunkanmi Yusuf, the Ikolaba of Ilobu land and the deputy speaker of Nigeria’s House of Representative…”
Editor
Op-Ed 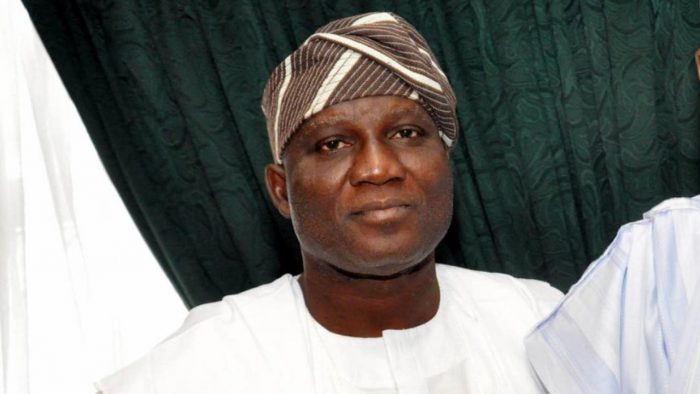 I crave the indulgence of my numerous readers to please permit me to wish Hon. Lasun Yusuf a happy 57th birthday in arrears again through this medium, many happy returns sir.

Rt Hon. Suleimon Olasunkanmi Yusuf, the Ikolaba of Ilobu land and the deputy speaker of Nigeria’s House of Representative is indeed a great man. My path crossed with his on several occasions but the closest one was at the early years of this administration when we shared the same flat at Government House Annex, Oke Fia, Osogbo alongside Distinguished Senator Mudashir Hussain among other respectable old and young men for several months before he relocated immediately he was declared winner of 2011 House of reps election.

During our stay together, he used to discuss issues with us and we really learnt a lot from his experience as a politician, we had a lot of hope in him as young and upcoming politicians though those hopes were dashed but we still respect him.

I could also recall many of my encounters with him whenever I went to consult with the Symbol occasionally at the Providence House, Lagos during the struggle of mandate recovery, Engr Lasun Yusuf then was always around and all my encounters with him then were always memorable, anyway all those are history now.

I have indeed been following his many moves since he started the pursuit of a tall ambition of becoming the Governor of the State of Osun, he is still consulting with Oba & Chiefs, he has visited a lot of people and places, though he has not told us in clear terms his blue print agenda of how he intends to take Osun to greater height knowing fully well that Aregbesola has already made the State great among the comity of states in Nigeria despite an unexpected limitations in resources. And I have constantly asked about his plan and agenda in concrete terms for the people of the State of Osun but nobody has been able to tell me.

However, I took time to study his interview to the press on the sallah, Ileya celebration day when he hosted a number of newsmen to a luncheon in his country home in Ilobu and I discovered that some of his assertions as published by some news media are false and misleading which is unexpected of somebody in his class.

In the said interview he described Osun as being in crisis and education in shambles, saying that infrastructure development has not led to economic development.

My Deputy speaker sir, I beg to disagree with you on this because under the leadership of Ogbeni Rauf Aregbesola, the fortune of the State has shifted from being a civil service state to a commercial state with high potential of being an industrial hub due to massive infrastructure developments embarked upon by Aregbesola.

Egbon Sola Fasure in his recent press statement on behalf of the government reeled out the data of how the educational sector under Aregbesola which you described as being in shambles has indeed produced better results compare to other states in Nigeria in terms of WAEC, NECO, JAMB, NABTEB & other internal and external exams, Osun in terms of rating is up the ladder comparing to what was obtainable before, due to the policy of Aregbesola’s administration in the State of Osun.

Also emphasis cannot be over laid in the achievements of Governor Aregbesola’s policy of tablets of knowledge; Opon Imo which saved the parents of higher schools students of thousands of naira that would have gone to textbooks and also an exposure to a computer device at that level of education is indeed a privilege that the students will continue to cherish.

The school buildings with modern laboratories and library facilities and enough space for recreation activities are some of the experiences the students will never forget in a hurry, our pupils and students have never had it so good.

Mr. Deputy speaker sir, you will concur with me that a square balanced diet meal being given to our elementary pupils throughout the state on daily basis despite the unfortunate economic downturn have indeed raised their mental alertness, well being and prepared them adequately for the greater challenge of higher & tertiary education.

Sir, you will recall many of us that went to public schools in our days had no children playing materials to play with except sand and milk tins unless those that had the privileges of attending private schools with exorbitant fees but today in the State of Osun under Ogbeni, the story has indeed changed, that even the private schools are now loosing pupils to the public schools due to massive education infrastructures put in place in all our elementary schools throughout the state.

It is worthy of note that Ogbeni Rauf Aregbesola has been a recipient of several awards and invitations from Harvard University, United Kingdom House of Commons, United Nations and several other International organization for his robust and productive policy in the education sector. Such education sector that recorded those feats cannot be described as being in shambles, you are wrong there sir.

Chief Ikolaba 1 sir, on infrastructure developments leading to economic development, I quite agree with you that if both didn’t link, the executor does indeed not know what he is doing but this time sir, you are damn wrong because Aregbesola indeed knows what he is doing and I will narrate it sir.

Aregbesola’ s infrastructure developmental plans are all in tune  with economic development. There are numerous instances but permit me to give few as I don’t want to bore my readers with too long epistle.

From the popular Oranmiyan House, if you are going to Ayetoro, Stadium & co, you don’t need to pass through the ever busy Olaiya & Old Garage junction, just branch through Gbodofon to Jolayemi to Gbemu to Oluode before you know it you are already at Boreepo in Ayetoro and to straight to stadium.

If you are residing at Oke – Onitii in Osogbo and you want to go to Abeere, you don’t need to go to Oke Fia or Igbona, just enter Ring road to Lameco to Dele Yes sir junction, straight to Ataoja High school, before you know it, you are in Abeere.

If you are residing at Olude area, new Oba road and you want to visit Ota- Efun area, just link the Newly constructed Ayekale road before you know it, you are there, instead of passing through Ring road to Stadium.

If you are residing at Ilobu and you want to visit Aregbe, Ogo-Oluwa areas, just manuover your way through the unmotorable Ilobu – Osogbo federal road, once you reach Lameco junction, instead of you going to Oke Fia to Olaiya, no!!! Just enter the good roads of Oroki Housing Estate to Tinumola, to Capital Hotel Junction, turn at Gazal Hotel and enter Awosuru, before you know it, you are there in your destination.

Permit me to leave my narratives with this four instances like I said earlier, there are numerous instances scattered all over the states with the same economic gains & developments as I am about to explain concerning these four instances.

All the link roads I mentioned above are newly constructed or rehabilitated roads by Aregbesola and all motorable which saves time and they say time is money and once time is saved, money is saved and when money is saved, economy is grown & developed. Our people now have quality times to spend on economic viable things unlike before when they spend all times on roads for lack of good road infrastructures or because of holdups.

Also when you ply good road infrastructures, your vehicle maintain its state whereby you also save money from incessant buying of spare parts or visitation to mechanic workshops which also allows our mechanics to diversify as many of them now engage in one extra business or the other as car owners seldomly call them on phone to attend to their vehicles because Osun now enjoys good road Infrastructures. I know many of the mechanics who have increased their source of income by engaging in small scale fishfarming through the Agricultural policy of Aregbesola.

Also these particular instances of infrastructures building I narrated have also led to economic gains, developments and growth for our people as adjoining property along those roads are up in value, many housing units are springing up, Petrol Stations, Gas Stations, Petty trades, Farms, Factories are all springing up by the roads sides which are bringing more money to people and the State through taxes and acquisition of property and title documents.

Also in the rural areas, Aregbesola good roads infrastructures have made it very easy for farmers to bring their produce with ease to the urban centres with no wasting of time and at affordable price.

Under the Road Access Mobility Project alone, Aregbesola has constructed, rehabilitated or improved well over 100km of rural roads which is verifiable among which but not limited to are; Iwo – Pataara 12km rural road, Orile-Owu to Ago-Owu to Ogedengbe 29.7km rural road, Mokore farm settlement to Shasha 18.6km rural road, opening of Esa Oke to Esa Odo 6km rural road which is impassable for farmers in that area for many years which made them to abandon their farms. Alaguntan Forest Reserve Road which has 5,000 hectares of farm land cannot be accessed until he was also opened by Aregbesola and many more plus very many repaired bridges and River crossing which includes but not limited to; River Orufu on Iwo-Pataara road, River Omi with two reliefs and channelization and Four box culvert on River Oba along Idi-Iroko and Akinyele Villages to mention but a few.

All of these are many infrastructures building efforts of Aregbesola among very numerous others which have indeed brought a great economic gains, growths and developments to our people.

Like I have always maintained, anyone that wants to succeed Aregbesola as governor must have his or her own clear cut agenda to build on his already laid foundation of taking our State to a greater height among the comity of States in Nigeria. Condemning Aregbesola’s good works for political reasons will never earn anybody Osun governorship because ordinarily, our people are wiser.

If I will rate or categorize the governorship effort of Honourable Yusuf into a contender, a pretender or a jester, because he is my leader as in a leader of our party who deserves my respect now and always, he is not a pretender and also because he has NOT come out in clear terms with his agenda for the people of Osun, he is not a contender.

So Mr. Deputy Speaker Sir, because your assertion that Osun Infrastructures building are not leading to economic developments is not true, I hereby rule you out of order, I rest my case for now.

Adeboye Adebayo is social and political analyst, a chieftain of the All Progressives Congress, National Publicity Secretary; Asiwaju Grassroots Foundation, AGF, Leader of the Youths and a Raufist to the core.

STRIKER: Good Governance Is A Mandate

Rome Was Not Destroyed In A Day By Simon Kolawole