The Road Once Travelled! By Abiodun Komolafe

Osun Local Government election has come and gone. Evidently, it has been won and lost! Winners have been declared, magnanimous in victory; and losers have emerged, graciously accepting to lick their wounds for some time to come. According to Osun State Independent Electoral Commission (OSIEC), 318 councilorship candidates were returned unopposed while election took place in 71 wards….”
Yusuf
Op-Ed 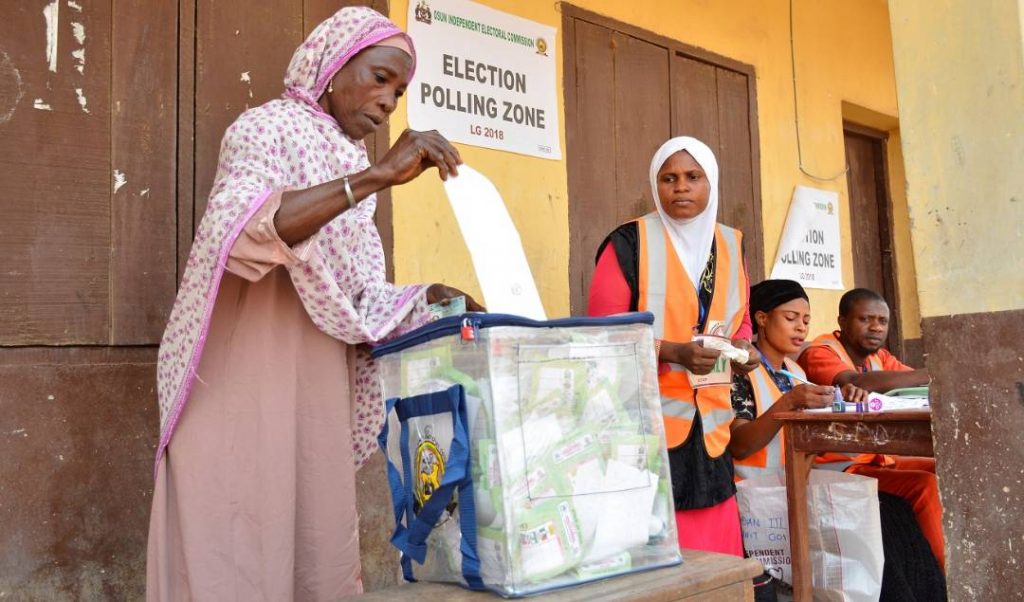 Osun Local Government election has come and gone. Evidently, it has been won and lost! Winners have been declared, magnanimous in victory; and losers have emerged, graciously accepting to lick their wounds for some time to come. According to Osun State Independent Electoral Commission (OSIEC), 318 councilorship candidates were returned unopposed while election took place in 71 wards. In all, 6 political parties participated in the election, adjudged to be free, fair and credible by election observers.

As a people, that we are now far better than having to move backward is no longer in doubt. With the level of development that has enveloped Osun in the last 7 years – in spite of the country’s overwhelming economic bunk, not by the aid of it -time is no longer on our hands to experiment political leadership with the dreamers and the adventurous whose sole mission is to practically reduce the masses to perpetual slum dwellers and the forgotten people.

Albert Einstein describes politics as a “pendulum whose swings between anarchy and tyranny are fueled by perpetually rejuvenated illusions.” I have argued elsewhere that success at the Local Government poll may not result in victory on September 22, 2018 unless purposeful political reengineering is undertaken where necessary. Similarly, that the ruling party somehow missed it on July 8, 2017 does not translate into lost hopes for its adherents. Not unexpectedly too, attempts at supplying answers to some probing questions are likely to end up throwing up more questions.  For instance, what kind of political leadership should Osun expect as from November 27, 2018 and how can the state build on the huge success recorded on January 27, 2018, preparatory to the bigger battle, slated for the latter part of the year? How do we sustain Governor Rauf Aregbesola’s responsive and human-centred efforts at making life uncommonly meaningful for the people and who do we run to, in case our assumptions fail us?

Stated in unambiguous terms, those who are expecting the governor to stand aloof or play the second fiddle in a matter as important as the choice of his successor are only trying to insult our collective intelligence. While this is a topic for another day, I am most convinced that an insider who understands the internal workings of the government and one who can continue the Aregbesola tendency will be most suitable for the job.

But then, if the journey of a thousand miles begins with a step, then, this is where our newly-elected Councillors have a lot of work to do. It’s time they took concrete steps, aimed at demonstrating leadership, ingenuity, creativity and courage in running the affairs of their Councils. Nigerians are in a hurry and are no longer interested in those who create excuses for non-performance. Willingly or by happenstance, Nigeria has also joined a ‘changing world’ where ‘greening the street’ is expected to be complimented with‘greening the stomach’, lest an ‘ungreened’ stomach lead the battle for the ‘disgreening’of the greened street. So, rather than surrender to the vagaries of stunted monthly allocations from the Federation purse, our Councillors should work towards shoring up the state’s Internally Generated Revenue (IGR),.

Wrangling is not alien to democracy. Curiously, post-Osun West bye-election has compelled some quarters to erroneously conclude that party politics is dead in the State Chapter of   All Progressives Congress (APC). However, those who are familiar with the stories of David and Shimei (2 Samuel 16; 2 Samuel 19: 16-23; 1 Kings 2: 13-25) and Solomon and Adonijah, his brother (1 Kings 2: 13-25) will admit that political sins are rarely overlooked. They are seldom forgiven. But this is Nigeria!  In the spirit of sportsmanship therefore, elected officials and those who wish the party well must strive to bring back into the APC fold the aggrieved, the disgruntled as well as the “Internally Displaced Politicians” who, at one time or the other, were either rumoured,  even  seen to have worked against the party. Most importantly, a party that wants to beat the opposition to its silly tricks must take urgent steps to upgrade its winning streaks when such a step still has honour. Interestingly, part of what distinguishes Aregbesola’s Social Welfarepoliticsfrom, say, the late Isiaka Adeleke’s“Stomach Infrastructure” can now be seen in the price per plot of land on ‘Ona Baba Ona’ in Osogbo and ‘Oke Gada’ in Ede, both in the State of Osun.

Strategy must have continuity! It can be restructured, repackaged, even constantly reinvented! Again, this is where political will, not politics, comes into play! For instance, had Obafemi Awolowo’s ship of Universal Free Education not been forced to sink mid-sea, one is not in doubt of what Nigerian youth would  have year-after-year made of its generosity to evidently predict their future! Similarly, had Larry Koinyan’s Directorate of Food, Roads and Rural Infrastructure (DFRRI) not been shot to extinction somewhere along the line, its marked shift in focus from previous policies as a result of its unprecedentedly wide scope would have taken Nigeria’s rural infrastructure development to the Next Level. Once upon a time in this country, ‘Vision 2010’, and ‘Better Life for Rural Women’, among others, happened to us like a thief in the night. But, since the Nigerianness in us is one in which the image of motion is always mistaken with the idea of progress, these programmes flew away immediately their promoters left office.

Lastly, is religion, which unfortunately has now become as natural as the blinking of our eyelids, our bane in Osun? Is it our population? Or zonal arrangements which, curiously, have suddenly become Nigeria’s war games? Or the advantage or otherwise of age on the part of our political gladiators? Well, while  religion deals primarily with man’s relationship with his Creator, Donald Trump and Dimeji Bankole have shown that exploring age as a parameter for gauging demonstrable leadership is not only castrated, it also occupies the backwaters of the truth.

In all, while no one can blame self-seeking, self-serving and ill-assorted cynics for their inability to crack the code, thank God: Aregbesola as a man of ‘talent and potentials’ has shamed all-whip-and-no-hay bigots who once tagged him a religious fanatic on a mission to Islamize the state.

May the Lamb of God, who takes away the sins of the world, grant us peace in Osun!

Who Wants To Be A Teacher?

Nigeria @57: Poverty As Threat To Democracy, By Olawale Rasheed