Official figures on rice exportation from Thailand to Nigeria between 2014 and 2016, has revealed that the volume of rice imported to Nigeria has dropped. According to the figures, the importation dropped from 1.24 million tonnes in 2014, to 58,260 tonnes in 2016, representing a 91 per cent decline. The drop in importation has been…”
Editor
Agriculture 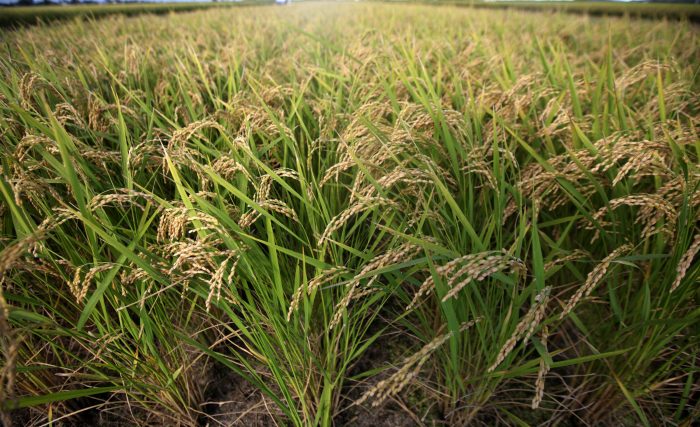 Official figures on rice exportation from Thailand to Nigeria between 2014 and 2016, has revealed that the volume of rice imported to Nigeria has dropped.

Industry sources believe that the reduction in Nigeria’s importation trend was facilitated by the successful implementation of the Anchor Borrowers’ scheme of the Central Bank of Nigeria (CBN), from which many states had benefited.

He said: “We have got to get used to discipline and direction in economic management. The days of business as usual are numbered. Two years ago, I appealed to people to go back to the land. “I am highly gratified that agriculture has picked up, contributing to the government’s effort to restructure the economy.“Rice imports will stop this year. Local rice, fresher and more nutritious variants would be on our dishes from now on.”

“Great nations are built by enterprising people who turn their hands to anything that circumstances dictate.”

However, the report added that Benin Republic’s rising rice export figures is posing a challenge in its border with Nigeria. A USDA review of the agricultural situation in Benin, published in March 2014, stated: “Benin serves as a delivery corridor for West Africa, reaching more than 100 million people in the landlocked countries of Niger, Mali, Burkina Faso, Chad and the northern states of Nigeria.”