Still A Lot To Be Done BY KANMI ADEMILUYI MOST of the independent observers such as YIAGA Africa et al have awarded a presumably tentative pass mark to the conduct of last Saturday’s governorship election in Ekiti State. In the conventional wisdom, warts and all it represents the expressed wishes of the electorate.  However,…”
Yusuf
featured Op-Ed 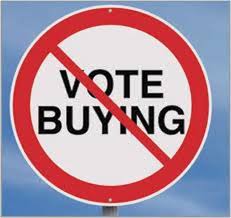 MOST of the independent observers such as YIAGA Africa et al have awarded a presumably tentative pass mark to the conduct of last Saturday’s governorship election in Ekiti State. In the conventional wisdom, warts and all it represents the expressed wishes of the electorate.

However, by a long mile, it is not yet Uhuru. The allegations of vote buying should be investigated. There is a reason to do so. The ‘weaponisation ‘ of poverty is intrinsically linked with the ‘development of underdevelopment ‘ which has become the driving force of Nigeria’s political economy. With the passing of every decade a higher proportion of the population are driven. below the poverty line.

It says a lot that an oil producing country has such abysmal standards of living that the purchasing of votes has become institutionalised and socially acceptable. The consequences are dire. Under this framework there can be no incentive for the ruling elite and the political establishment to have a structured program to take anyone out of poverty. Safer to give out once every four years handouts, it’s also cheaper than for example, the thrust with which Brazil’s then President Ignacio Lula da Silva pulled out forty million Brazilians out of poverty in eight years in a democracy. With population growth rates perennially outstripping “economic growth” rates the country is really up and against it.

It is tempting to look at this from a cynical perspective. Perhaps the ruling elite in Nigeria is savvier than thought. Vladimir Illich Lenin the pivot of the Bolsheviks noted in the pamphlet “What is to be done?” that “revolutions do not occur during times of mass grinding poverty they occur at times of relatively rising prosperity”. Could this be the compelling calculus? Possibly, however, the hijack of the #EndSars protests should offer a reason for a rethink and sober reflection.

It could turn out to be a high risk strategy which with the rise of a declasse and the entrenchment of the social media could backfire big time.

Nigeria’s democracy is in stagnation and should be revamped. Actually The Economist newspaper disparaged it over a decade ago as a “ semi – democracy” sadly the phrase has stuck and is not about to be replaced anytime soon.

Whatever the feeling of relief the voter  turnout in Ekiti compared to four years ago actually dropped. This is a clear indication of disenchantment with the system. It is clear that the voters were not convinced that they are better off today than they were four years ago. They are not enthused about their future prospects either.

It is not just disillusionment alone that is behind low voter turnout. The process of registration is seen as cumbersome and hardly user-friendly. Online registration has helped but the actual manual bit of collecting the PVCs is still stressful. Voters’ registration should be continuous; after all obtaining passports, driving licenses, and so forth are not cyclical. Furthermore, as we deepen the process we can work towards same-day registration registering and voting on the same day. And of course the diaspora who remit $22 billion annually (an underestimate in my opinion) to support our economy should be given the franchise.

BACK PAGE Osun IGR: From Negative To High Fiscal Capacity