BY BINZAK AZEEZ  “There is no difference between Prophet T.B Joshua of Lagos and Prophet Muhammad of Saudi Arabia, our own from Nigeria is even better in that he was not a terrorist” – Mubarak Bala A team of Kano based practicing lawyers submitted a petition against Mubarak Bala to the Kano State Police Command…”
Yusuf
featured Op-Ed 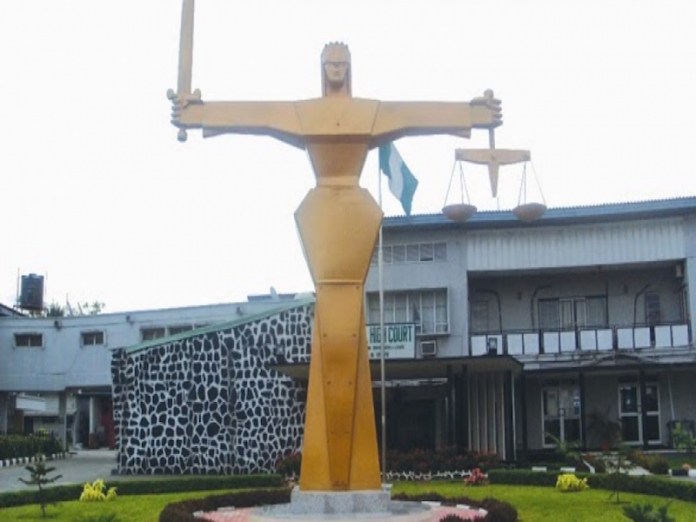 “There is no difference between Prophet T.B Joshua of Lagos and Prophet Muhammad of Saudi Arabia, our own from Nigeria is even better in that he was not a terrorist” – Mubarak Bala

A team of Kano based practicing lawyers submitted a petition against Mubarak Bala to the Kano State Police Command in April 27, 2020. The petitioners alleged that the aforementioned remark was posted on Mubarak Bala’s Facebook page on April 25, 2020. It was further emphasized in the petition that since 2014, Bala had been deriving pleasure in blatant description of Prophet Muhammad as rapist, pedophile, terrorist, amongst other vituperative appellations.

Basically, the petitioners were discontented with the name-calling of their prophet and therefore approached the police authority whom they deemed fit have the constitutional powers to address their grievances. It is unjust and inappropriate to castigate the aggrieved lawyers’ approach. So far, the lawyers were within the ambit of the law in expressing their dissatisfaction.

They had taken a civilized and lawful step unlike the self-help approach resorted to by some suspected religious fanatics who murdered Gideon Akaluka in 1994 on the basis of blasphemy. It was alleged that Akaluka’s wife used some pages of the Quran as toilet paper for her baby. Akaluka was thereafter lynched and beheaded and his severed head was reportedly paraded around the city of Kano. They didn’t also emulate the barbaric pathway of religious fundamentalists who murdered Mrs. Bridget Agbahime in cold blood in downtown Kano for alleged blasphemy.

Having received the petition, the police swiftly apprehended Bala. The arrest was within the powers of investigation and arrest conferred on them by virtue of Section 31-32 of the Nigeria Police Act, 2020. It was only that the police authority exercised this power beyond due process. Within 48 hours of Bala’s arrest, the police ought to have arraigned him if he had a case to answer. The law is clear on this position. Alternatively, he could have been offered administrative bail pending the determination of police investigation. The offence allegedly committed by Bala is not a capital offence under Nigeria’s law. Therefore, he is entitled to administrative bail.

Indeed, none of these available legal options was adopted by the police. The police authority rather decided to keep Bala in custody for almost two years. This level of high-handedness and lawlessness couldn’t effectively be checked by the court. Sometime 2020, the Federal High Court sitting in Abuja ordered the immediate release of Mubarak Bala but the ruling was not complied with. There is no provisions in Nigeria’s criminal law that empowered the police to act in this regard.

Nothing substantial was heard of Mubarak Bala’s whereabouts and condition since his arrest. There were only speculations and hearsay until few days ago when he was arraigned before Justice Farouk Lawan of Kano State High Court on 18-count charges bordering on blasphemy, incitement, contempt of religion and breach of public peace. The prosecution alleged that Bala has contravened the provision of Sections 114 and 210 of the Penal Code. The court thereafter sentenced Bala to 24 years imprisonment.

Many international organisations, local observers and human rights’ activists have condemned the judgement delivered on Mubarak Bala. But little or no attention is being paid to his alleged disparaging remarks on the personality of Prophet Muhammad. Be it Mubarak Bala, his followers and sympathizers couldn’t have condoned been repeatedly and falsely referred to as rapists, pedophiles and terrorists. They would either raise eyebrows or avail themselves with legal action.

Admittedly, Mubarak Bala’s trial is full of procedural irregularities and the prosecution didn’t meet both local and international fair trial standards. Bala had been illegally incarcerated for almost two years for an offense which penalty attracts two years jail term or fine under Section 210 of the Penal Code of Kano State. It remains a mystery and legal abracadabra how the trial court arrived at its decision and eventually sentenced Bala to 24 years imprisonment.

While it is hopeful that the judgement passed on Mubarak Bala would be nullified by the Court of Appeal if the trial court’s verdict is challenged. Bala and his cohorts henceforth be mindful of making reckless and incendiary comments capable of jeopardising the fragile harmony amongst the people upholding different religious views in the country. Nigeria remains a secular state which guarantees religious pluralism. Mubarak Bala, like other Nigerians, has the fundamental rights to practice his beliefs. Any attempt to hide under diversity of religious views in promoting religious war must be resisted for collective survival.