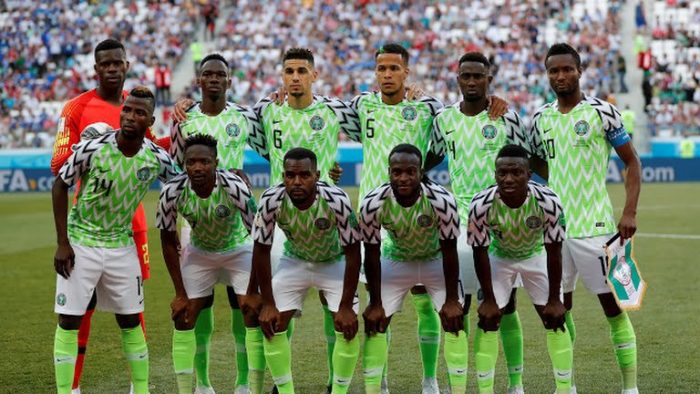 Meanwhile, African Cup of Nations tournament in the last four decades, was of high quality and standard as it features arrays of skillful players. These are passionate and patriotic footballers while the adoring the national jerseys of their countries on the pitch.

Succinctly, Cameroon AFCON 2021 opening ceremony, in its usual tradition, was flamboyant and fanfare, but in contrast to previous edition, the tournament was drab and sub-standard. Nigeria, who has made giant strides in sports, most especially, in football competition, raised the bar with her soccer artistry and scintillating performances. The Super Eagles, out of the 24 national teams in the competition, won all their three preliminary matches: defeating Egypt 1 – 0 in the opening match, white-washed Sudan 3 – 1 and lastly, walloped Guinea Bissau 2 – 0 and garnered maximum nine points under the interim manager, Austin Eguavon, who won the best coach award in the group stage.

Super Eagles instantly became the beautiful bride of football enthusiasts, buffs, supporters, pundits and even, the arm-chair analysts. She was perceived as the potential winner of the competition.

Consequently, the performances of the national team nosedive on Sunday, 23rd January, as Cathage Eagles Tunisia – the best looser in the group stage, chipped the wings of Super Eagles by 1–0 in a round of 16 pulsating match tagged “Clash of Eagles’. It was a gloomy day for football enthusiasts and supporters as they watched the exit of their darling team from AFCON tournament. What a pity! The victory of Super Eagles at the group stage seemed to be a fluke. They are now pretenders not contenders.

The Cameroonians, who were mainly Super Eagles supporters were livid at her sudden exit from the competition and threatened to attack the officiating match officials. Well-meaning Nigerians were bewildered by the dramatic turn of events, courtesy of the tactical deficiency of Austin Equavoen, the interim manager of the team. They wondered the rational for sticking to a formation in the whole 90 minutes when the result was not forthcoming. After all, repetition of the same approach does not always produce better result. A competent gaffer is often flexible dynamic and innovative in his approach to games.

It is appalling, that the potential winner of AFCON 21 Soccer fiesta crashed out of the tournament in spite of motivation by the philanthropists, corporate organisations. The team was promised monetary rewards of 50,000 dollars for each goal scored, 5,000 dollars as winning bonuses, 2,500 dollars for draw. The squad parading mostly professional players like Maduka Okoye, William Trost Ekong, Kenneth Omeruo, Ola Aina, Wilfred Ndidi, Kelechi Ihenacho, Moses Simeo, Taiwo Awoniyi, Samuel Chkwueze, Ahmed Musa, etc, was shown the exit door without reaching semi-final of the competition. Speculations were also rife that the Eagles might loose some of the incentives which were offered for their successful camping at the tournament – winning the on-going AFCON soccer competition.

There is no gain saying that our exploit(s) on the field of sports is dwindling. Our football fortune is retrogressing. In the hey days when Nigeria bestrode the sporting word like a colossus, Falilat Oshikoya, Funke Oshonaike, Chioma  Agunwa, Olusoji Fasuba etc, won silver and gold medals in commonwealth, and olympic games respectively. The Golden Eaglets, captained by Nduka Ugbade under the tutelage of coach Sebastian Broderick, that won the maiden KodakU17 world cup in china, 1985 was the product of youth sport federation of Nigeria (YSFON) superintend by late Dokun Abidoye, and academicals (football academy).

In the USA’94 world cup tournaments, the Super Eagles was described as one of the most cohesive, entertaining national team ‘and was ranked 5th in the world. This was the twilight of the grass root sport development. What is the rank of Nigeria today? Your guess is as good as mine.

It is high time Nigeria football federation evolved sound policy on grassroot sports development. This will in infuse large chunk of homebased footballers who are more patriotic and dedicated to national service.

Ahmaju Pinnick led NFF should organise sport clinics, seminars for indigenous coaches to enhance their technical in-depth and productivity. This will encourage the organisation to be passionate in employing indigenous managers rather than patronizing foreign expatriates. Indigenous coaches often excel than the foreign managers if given enabling environment and facilities to work with. Employing foreign coaches for the team is a waste.

NFF, in concert with the presidency, must rid its officials of corrupt elements. Corruption is an albatross to our sport development. With the reduction of such hydra-headed vices in the association and society at large, Nigeria will tread the path of glory again in the comity of nation

Unveiling An African Poverty Clock: Leaving No One Behind By Vera Songwe

Struggle For The Soul Of Nigeria