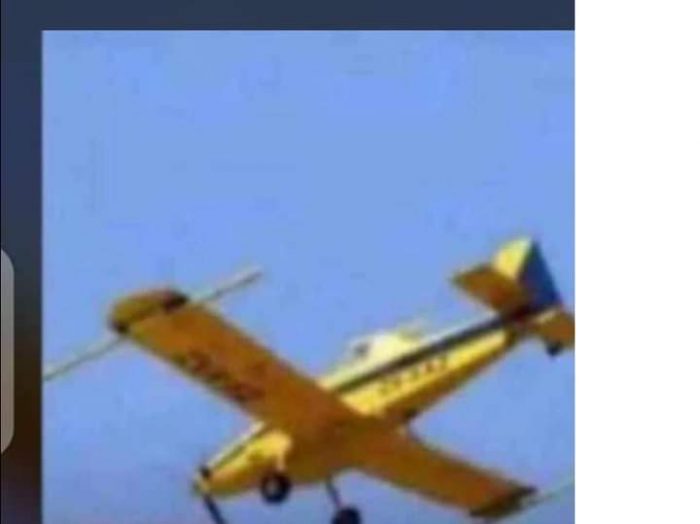 Some residents of State of Osun were currently panic over the presence of a yellow-coloured aircraft in the state dangling across the state.

The residents demanded for explanation from governor Adegboyega Oyetola and the State Commissioner of Police, Olawale Olokode, over the strange aircraft in the state.

OSUN DEFENDER gathered that the aircraft suspected to be a chopper parks within the premises of the Obafemi Awolowo University, Ile-Ife, from where it shuttles between communities in the state.

Aside from Ile-Ife, the aircraft has equally been sighted in Osogbo, the state capital, Ede, Ilesa, Ikirun and other communities.

While the state’s site for the construction of airport in Ido-Osun remains abandoned and unusable for any aircraft, residents of the state have continued to show apprehension over the purpose of the aircraft as well as the users.

However, a respondent who chose to be anonymous revealed that the aircraft might have been hired by some Chinese miners in the state, to find some of their colleagues who were reportedly abducted recently.
Read Also 2023 Presidential Race: We Are Ready For Consensus Candidate — Saraki
In the same vein, another respondent on Facebook explained that the aircraft is from the Nigerians ecological Survey Agency (NGSA), flying at a very low altitude to gather geological information for especially in the area of mineral resources in the areas covered.

However, none of these claims have been confirmed or denied by government officials and the police.

2023: Do Away From Using Money To Cause Division Between Christians, Northern Elders Warn Tinubu