By Sodiq Yusuf Some residents of Ifesowapo Areja-Odomu and Ilupeju communities of Owode-Ede, Ede-North Local Council Development Authority of the State of Osun have raised alarm over the operations of an alleged illegal gas station in the area. The inhabitants of the communities expressed their concerns that the gas tank, sited in the area might…”
Yusuf
featured Osun 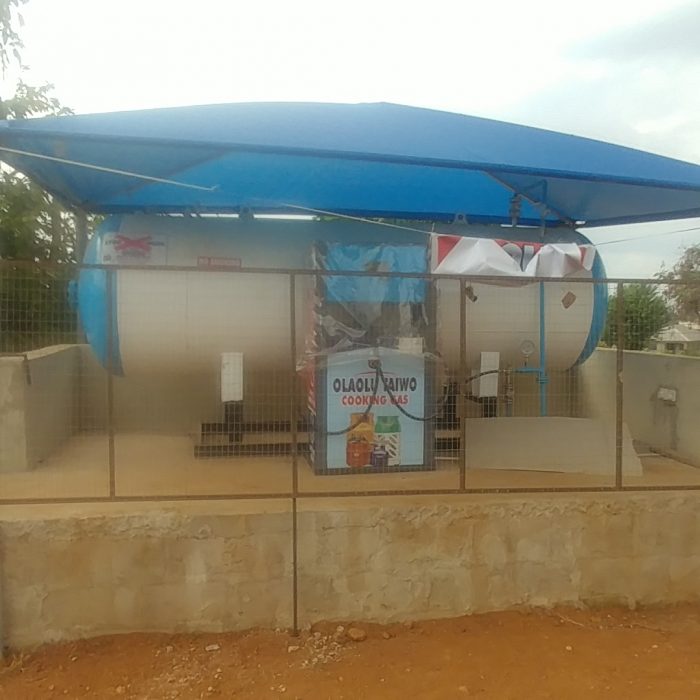 Some residents of Ifesowapo Areja-Odomu
and Ilupeju communities of Owode-Ede,
Ede-North Local Council Development Authority of the State of Osun have raised alarm over the operations of an alleged illegal gas station in the area.

The inhabitants of the communities expressed their concerns that the gas tank, sited in the area might result in a fire outbreak, due to the non-compliance with safety guidelines for such operation by the owner.

They demanded that the operator should either be relocated or suspended from operations if necessary precautionary measures are not provided. They explained that while it is not unlawful for such businesses to thrive, the location and non-compliance of the owner to put in place requisite safety protocol are of great concern to them.

“We are not against the owner of this business. The location of the gas tank is improper and wrong in the first instance, because it is within a residential area. Secondly, the owner is yet to provide the safety equipment needed to avert emergencies. If the needed things are put in place, we have no problem. The safety of the community is our priority”, they said.

When OSUN DEFENDER visited the site of the gas tank on Tuesday, it was observed that the gas station had been sealed by officials of the Ministry of Home Affairs on July 29, 2020.

Our reporter noted the proximity of the station to a block industry and a nearby bush patch, which people living in the area told OSUN DEFENDER is always burnt annually by Fulani herdsmen during the dry season.

However, the Financial Secretary of Ifesowapo Areja-Odomu Community Association, Engr Akeem Adepoju, said the community leaders have intervened in the matter.

According to Adepoju, the community has mandated the owner of the gas station, Pastor Josiah Taiwo, to provide all the necessary apparatuses to ensure safety.

He said: “The proprietor of the Gas station visited the community before work started on the project. We asked if he had followed due process and got the necessary approvals. When we were certain the venture was legal, we told him to ensure that all necessary equipment was provided to ensure that the environment is protected.

“We were aware of the fact that this place is sealed by government. Since the seal, we have been working on how to assist the owner to make sure that his business does not suffer.”

In his reaction, Taiwo, the owner of the gas station appealed to the residents of the community to exercise patience, saying that plans were on to put in place the necessary safety measures. Taiwo, who told OSUN DEFENDER that the business is financed with a loan facility, said the needed approvals were gotten from the relevant authorities before he commenced operations.

He said: “We got approval for this project to be sited in Oke-Ayepe. When we were unable to get land for use there, we got approval to transfer the station here. DPR, The Nigeria Police, Ministries of Environment, Home Affairs and the Fire Service and other relevant agencies were all here before we got approval. This place had been sealed since July 29 and I have not attempted to operate at all.

“I am appealing to members of the community to give me time. The finance for the business was sourced through a loan. Since it was sealed, I have been making efforts to go to government and as well put in place the mechanisms.

“I appeal to the government and the stakeholders, they should please allow me to sell, the quantity of gas in the tank is drying up every day. If it dries up like this, I would have incurred more debts. I am pleading for help. We have started the construction of a fence and by month end, we should be through.”

K-RAD (APC), Battling Against The Odds