Residents Call For Review Of Private Hospitals Operations In Osun

Yusuf Oketola SOME residents of the State of Osun have called on the government to review the modus operandi of some private hospitals and clinics in the state to curb their excesses. According to the residents, the government needs to address the menace of quackery, over-billing of patients, offensive attitudes of nurse and auxiliary…”
Yusuf
featured Osun 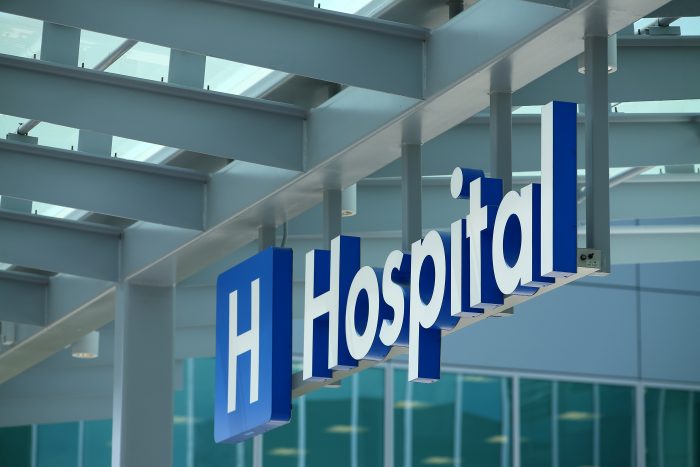 SOME residents of the State of Osun have called on the government to review the modus operandi of some private hospitals and clinics in the state to curb their excesses.

According to the residents, the government needs to address the menace of quackery, over-billing of patients, offensive attitudes of nurse and auxiliary staffs who often shout down patients in private hospitals.

They also urged the state government to tackle lack of adherence to hygienic protocols in line with global standard and non-availability of an in-house doctors that will stand in for the ‘business-minded hospital owners’ who are keeping two jobs.

OSUN DEFENDER gathered that most private hospitals in the state are owned by Doctors who are still in government service.

In an interview with the medium yesterday, a resident of Ikirun, headquarters of Ifelodun Local Government, Kolawole Okunola, said he lost a cousin, Sadeeq Abolubo, as a result of nonavailability of doctors in three different hospitals he was taken to.

According to Okunola, Abolubo was involved in an accident at Alamisi Junction, Ikirun, last week Monday and was rejected in three different private hospitals he was taken to on the excuse that the competent doctor to handle the injury he sustained was unavailable.

He stated that while the victim was going through excruciating pain, he was later admitted after much persuasion by a clinic where he stayed overnight without doctor’s attention, leaving the poor boy at the mercy of some nurses who apparently were not experienced to treat him.

Okunola said: “As much as possible, folks must keep themselves safely away from avoidable accident that may requires the services of these low-grade clinics that we called hospital manned by those who pay little premiums on human lives.

“It is not a secret that nearly all the private hospitals we have here are owned by those who are still in government service, the reason why you will hardly find any doctor-owners at their desk until after closing hours, leaving the place in the hand of apprentice nurses.

“There was an accident at Alamisi Junction last Monday which involved one, Sadeeq Abolubo who was a cousin. He was rescued alive and conscious despite severity of that deadly collision.

“In the moment of critical emergency, rescuers had rushed Sadeeq to three different hospitals where he was rejected on the excuse that doctors who are competent to handle such intensive injury were unavailable.

“While Sadeeq was going through an excruciating pain amidst rejection, he was later admitted after much persuasion by a clinic where he stayed overnight without doctor’s attention, leaving the poor boy at the mercy of the clueless nurses who kept fitting drips as if he was poisoned.

“By Tuesday, when no doctor showed up still at the clinic to attend to the victim and the one they called on phone refused to answer calls, the apprehensive reIations decided to move him to another hospital in Iragbiji where N10,000 was taken as deposit for doing nothing.

“Frustrated and fearful of losing Sadeeq, decision was reached again to take him to a relatively standard hospital at Ororuwo where the personnel were demanding N300,000 on the stern condition that N70,000 deposit would have to be made before Sadeeq could be attended to.

“Even in that new facility with its fancy building and grandiose set-up, you would think those who work there knows what to do besides charging exorbitant fees in an emergency case like that.

“It was disappointing enough that such a relatively equipped facility could be speculating, rather testing Sadeeq for abdominal pain complained of at the lower end to know where injury lies. The doctor there recommended surgery on the assumption that it was internal bleeding that could cause the pain which would have to be evacuated.

“Sadly, Sadeeq succumbed to death before surgery could be carried out at the hospital. Perhaps, when the pain that wracked his body and internal organs became unbearable.

“Hospital around here in Ikirun, my view, operate in sharp contrast to that age-long professionalism and oath that medical experts are foresworn.”

Another resident of Osogbo, Mrs. Oyinkansola Opebiyi, noted that the sharp practices in many private hospitals suggest that there is no regulation for their operations.

According to Opebiyi, majority of the private hospitals are operating far below the medical standard, saying some of them set their own operational procedure as against universal one for the care and treatment of the people

Opebiyi urged the state government on the need to put all measures in place to track private hospitals owners who are keeping two jobs to the detriment of the people.