Of recent, issues of constitution review has taken the centre stage, and divergent views have continued to greet some particular aspect of the exercise like the restructuring, devolution of powers to state and return to parliamentary system of government and several others.  Joshua Afolabi, Kehinde Oladele, Modupe Omotoso and Yusuf Oketola went to town to…”
Yusuf
News 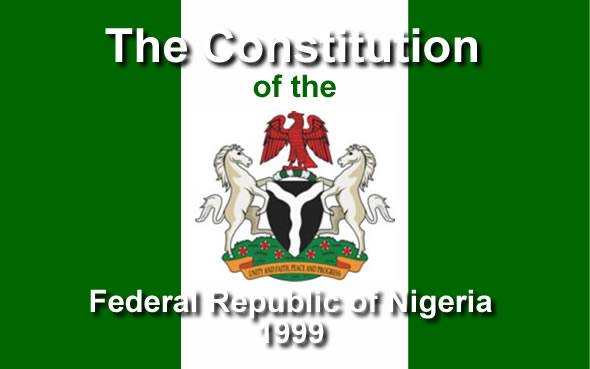 Of recent, issues of constitution review has taken the centre stage, and divergent views have continued to greet some particular aspect of the exercise like the restructuring, devolution of powers to state and return to parliamentary system of government and several others.  Joshua Afolabi, Kehinde Oladele, Modupe Omotoso and Yusuf Oketola went to town to sample the opinions of the people on the exercise.

Regionalism Is Not The Solution

In my own view, I prefer we continue with the federal system of government that we are using now and I believe that things will get better, because we are known to be the giant of Africa. We cannot compare Nigeria with other countries in Africa in terms of population, as countries like Ghana, Cotonou and others have lesser population. I think we should stick to the federal system for now, and when the time comes, things will be normal.

Besides that, we should jettison the idea of regionalism for now, because there are some region that cannot even manage their resources, eventhough they have it. I believe that that returning to regional system is not the solution to our problem in this country.

When we talk about regionalism, it is also called true federalism, whereby each regional unit will be given power to maintain their resources and less power will be given to the federal government. As far as I am concerned, this system will be more productive.

True federalism is the answer to our problem, and we can achieve that easily if we regionalise. We have been facing one problem or the other since we gained independence and the problems still remain.

Most of our political leaders are just campaigning for infrastructural development but what we need is economic development because it determines who we are.

In addition we don’t deserve bi-cameral legislature in Nigeria, we should adopt uni-camera because I don’t know the duties of the National Assembly and the House of Representative. They are all carrying out the same duties.

Devolution Of Power Is Necessary

Part of what I think will solve our problem in this country is restructuring, hence, we must restructure, because as it stands today, things are lopsided. There is too much power at the federal level and that is not the intent of the federalism that we claim to be using. More power should be shifted to the regions and less power at the centre. That is the reason why people are embezzling our money.

If there is restructuring, every regions will strive to control its own resources and we will be better for it.

When talking about devolution of power, it will work because every region will have maximum power to do things on their own. If we can shift power to the region, the federal will have less power to operate.

Federal System Of Government, The Best

Federal system of government is the best and we don’t need to restructure this country. The only task that should be taken serious is that government needs to monitor all the resources in every state and stop mismanagement. If we decide that each state should stand on its own, it would cause more problem because there are some states who are hiding the resources they have from the federal government.

By my own understanding, it will give political leaders in the state, the opportunity to behave without recourse to the people’s interest.

Regional System, Solution To Our Problem

In my opinion, restructuring of the country and devolution of power make different things to different people. Nigeria is a country that we have been managing from the genesis just like diluting petrol with water, they are not compatible but they are both useful. God has blessed this nation with many resources, but we don’t have self-service. Selfishness has been the major problem in this country.

We are claiming to be one in unity but we are not one. So, I suggest we go back to the regional system so that every region will manage its resources. We should have stronger regions and weaker government at the centre, in which, each region will give little to the central government. The regional system will solve all the problems we are having because everybody will be able to understand themselves.

As far as I am concerned, Nigeria must be restructured for us to make headway. Also, the federal system we are practicing now is better and should be continued along the regional system line.

Moreover, devolution of power will bring much problem and war to this country; therefore, let’s maintain our federal system because it will allow every citizen of this country to stay anywhere.

I just urge the federal government to share resources fairly, because the way and manner the resources are being shared presently is not fair. I am neither in support nor against the return to the old system of regionalism, but I must say, even if we go back to the old system, without considering how we will manage our resources, we might be having the same problem.

Re-adopting regionalism would not bring back the nation’s glorious days, an era when robust activities and the spirit of nationalism is evidenced in the effective governance and even development in the then Nigeria.

Federalism, as known, has, as one of its merits, the protection of the interests of the minorities, owing to the heterogeneous state of the country as regards its ethnic groups and tribes.

If Regionalism is adopted, the government which in the real sense at present is far from the people would be taken much farther away. Peradventure, the Southwest region is birthed and it has Ibadan, Oyo state as its capital, how effective would the Midas touch of the administration reach the nooks and crannies of the would-be defunct states under it?

The absurdities however is that there are numerous agitations from a range of diverse groups, thus, what the nation truly need may on the long-run not be feasibly achievable.

My take now is that the constitution of the country should be reviewed in such a way that it would see to the countless shortcomings in the 1999 constitution. Subsequently, the presidential system of government should be abolished and a parliamentary system be embraced as this would curtail extravagant spending, hasten the passage of right bill at the right time.

Our constitution as it stand today is a ‘Military Constitution’ designed in the selfish interest of majority of military men who never envisaged the sudden return to civilian rule in a so-called democratic era.

Regional System Can’t Work For Us

Personally, what I think is that the devolution of power thing can’t pay anybody. I agree that the people at the centre are not doing anything, they are just sharing our resources and we are all clamouring that they should give more power to states, but I can tell you, if we regionalise, many of us will suffer, because we are all corrupt.

Regional system cannot come back to existence because there is no knowledge of war unlike before. For example Nnamdi Kanu, the leader of the IPOB doesn’t know anything about war, he should go and learn from those who fought in the Biafra war or experienced it.

Baker In Court For Allegedly Stealing 135 Loaves  Of Bread