FOR THE RECORD: Yoruba Summit And The Call For Regionalism

THE IBADAN DECLARATION COMMUNIQUÉ OF YORUBA SUMMIT HELD IN IBADAN ON 7TH SEPTEMBER 2017 PREAMBLE Leaders and people of Yoruba nation met in a solemn gathering at the Lekan Salami Stadium, Adamasingba Ibadan to deliberate on the restructuring agenda and the future of Nigeria, The summit was attended by Yoruba leaders, governors, parliamentarians Yoruba social…”
Editor
News Oduduwa 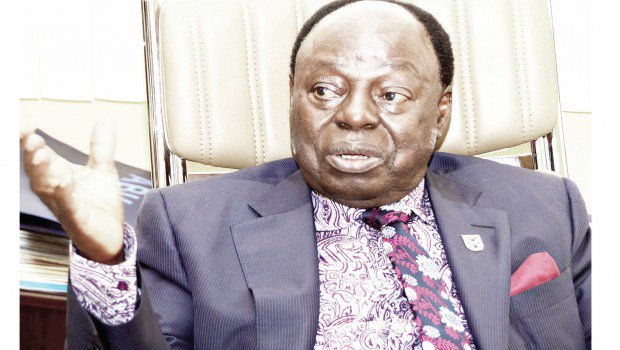 Leaders and people of Yoruba nation met in a solemn gathering at the Lekan Salami Stadium, Adamasingba Ibadan to deliberate on the restructuring agenda and the future of Nigeria, The summit was attended by Yoruba leaders, governors, parliamentarians Yoruba social cultural groups, professional bodies, market leaders ,youth groups and friends of the Yoruba nation

After exhaustive deliberations by the largest gathering of Yoruba people from the six south-west states, Kwara and Kogi states, the following communiqué was adopted.

Summit recalls with nostalgia, the great strides made by the Yoruba nation in the years of self-government up until the abrogation of the federal constitution in 1966 evident in mass literacy, novel infrastructural strides and giant leaps in all spheres of human development.

Summit noted that the crisis of over-centralization has led to mass misery in across the country with poverty levels at 72%, unemployment rate at 65% internal immigration and internal displacement, security threat in form of Boko Haram, herdsmen and organized crime.

Summit convinced that Nigeria is careering dangerously to the edge of the slope except urgent steps are taken to restructure Nigeria from a unitary constitution to a federal constitution as negotiated by our founding fathers at independence in 1960, it was resolved as follows:

The Government of the federation shall raise this sum by way of additional taxation on resources at a rate to be agreed by the National Assembly.

The National Assembly shall set up a body to manage the funds with equal representation of nominees from each of the Regional governments and shall also set out and specify the guidelines for the administration of the funds exclusively for this purpose.

The president of the Federation shall appoint a chairperson for the entity so formed.

That these agreed positions of the Yoruba taken today shall form the basis of negotiations with our partners in the Nigerian project for a United Nigeria based on Justice, peace and fair play.