Over One million Naira was raised as Ratel Sports Foundation and Sports Writers Association Of Nigeria (SWAN) joined forces in a novelty match in Abuja to campaign in support of the ‘Girl Child School Campaign’. In a continuous effort to raise awareness on the need to tackle illiteracy, poverty, discrimination amongst the girl child,…”
Yusuf
Sports 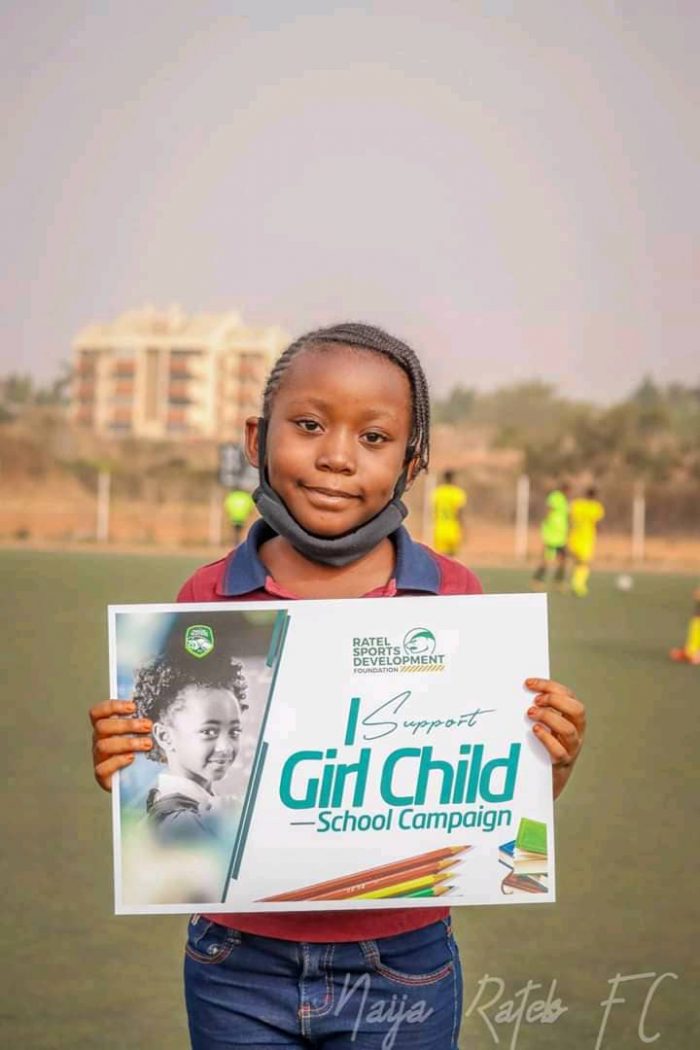 Over One million Naira was raised as Ratel Sports Foundation and Sports Writers Association Of Nigeria (SWAN) joined forces in a novelty match in Abuja to campaign in support of the ‘Girl Child School Campaign’.

In a continuous effort to raise awareness on the need to tackle illiteracy, poverty, discrimination amongst the girl child, Ratel Sports Foundation, a non Governmental Organization formed by Legal Luminary, Barrister Paul Edeh decided to hold a fundraising novelty match to give hope to the common girl child, who have been deprived of education.

In an entertaining encounter, which ended in a 2-2 draw, Naija Ratels scored first in the 20th minute through midfielder Emmanuel Blessing, before Olawale Ayeni of Leadership Newspaper equalized few minutes later.

In the second half, Tobi Sangotola of Voice of Nigeria put SWAN ahead in the 46th minute but, a well-tailored cross by Animashaun Aishat gave Adenike Olonilua the chance to dab the ball into the net to earn Ratels a deserved comeback.

Speaking after the game, the Convener of the fundraising Match, Barrister Paul Edeh underlined that children all over the world, have the right to education.

The United Nations SDG Peace Ambassador stressed that educating girls is key to ending poverty in the world, noting that Ratels Sports Foundation and Naija Ratels as a club has contributed immensely to the well-being of the Girl-Child through various programmes and initiatives.

“The idea of forming Naija Ratels in the first place was not mainly to have a Women football club but to make a mark in giving back to the girl child.

“We realized that not all of them can be lawyers, not all can go to school or have a formal education. So, we thought that a football club would be an avenue for them to express their God-given talents.

“Today, we are here to highlight the need to educate the girl child. That is why we are playing this match against FCT SWAN,” Edeh said.

“The girl child deserve better and am glad that we have been able to raise well over a million Naira through this campaign and this money will be used to give scholarships to indigent girls who can’t afford to go to school.”

On his part, Ndubueze Chidoka, FCT SWAN chairman appreciated the efforts of the foundation while encouraging members to engage in sporting activities.

“It is good for us to keep fit and take our health seriously, by doing exercises. Members here are happy and many of them are already asking me when we can have another event like this.

“We appreciate Ratels Sports Foundation for this kind of project and we as a body are glad that money has been raised for the girl child education through this initiative.”

The President of Naija Ratels Football Club, Edeh, also donated the sum of N50,000 in cash to the association as part of its support for the burial of the late Segun Ogunjimi of the Nation Newspaper, who was a highly resourceful, humble and dilligent sports journalist and further promised that the foundation has pledged to host a novelty match in honour of him.

I Deserve More For My Goal Scoring Records— Lukaku